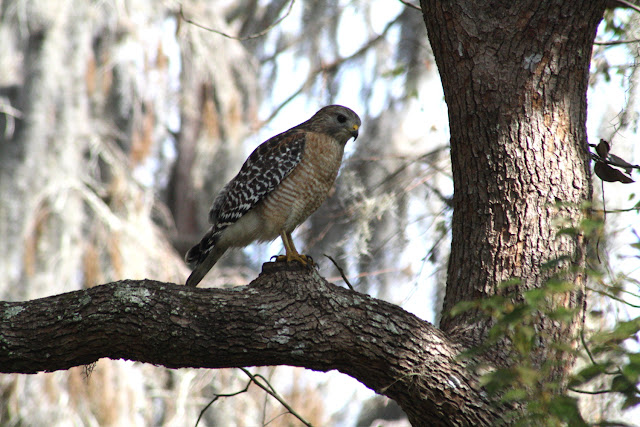 I went walking near my dad's house yesterday morning and came across this beautiful red-shouldered hawk! Twice he swooped down onto the grass beside the street, grabbed something and took it back up to a tree, where he tore it apart, ate it, and wiped his beak on the branch. He was very neat. I don't know what he was eating -- I'd guess lizards. 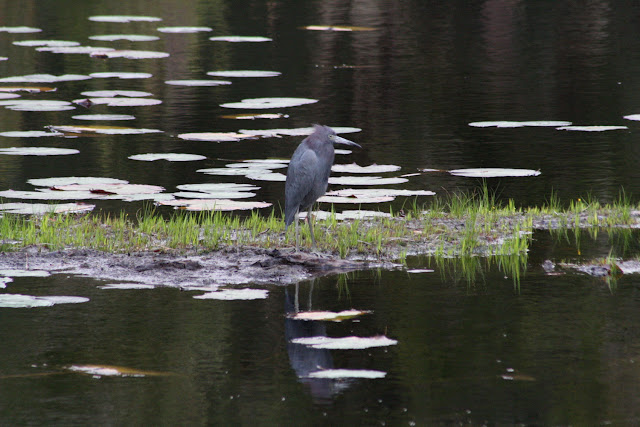 This little blue heron was hunched on an island in a pond near my mom's house, keeping an eye on the fish. 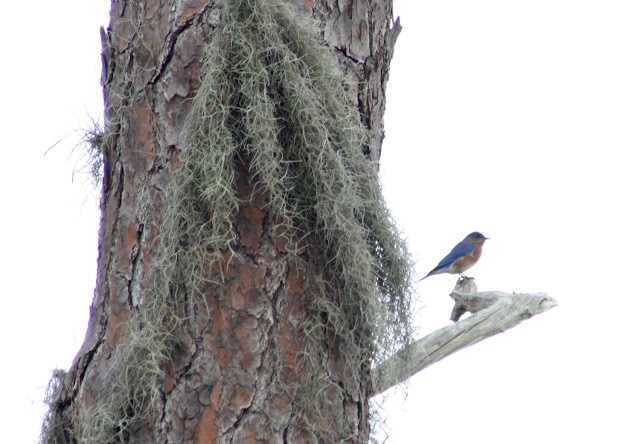 We often see bluebirds near my mom's. Growing up, I never saw them. Were we simply not paying attention? Mom says there are more of them nowadays, because people have put up nesting boxes. 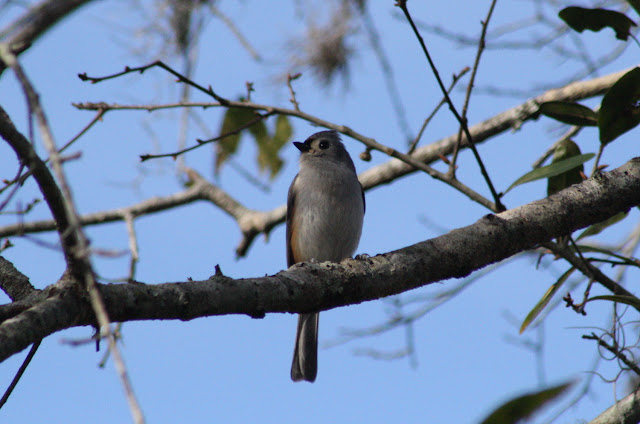 This little tufted titmouse was singing away in a tree in front of my dad's house. Dad says he sees a lot of them -- maybe they nest nearby. 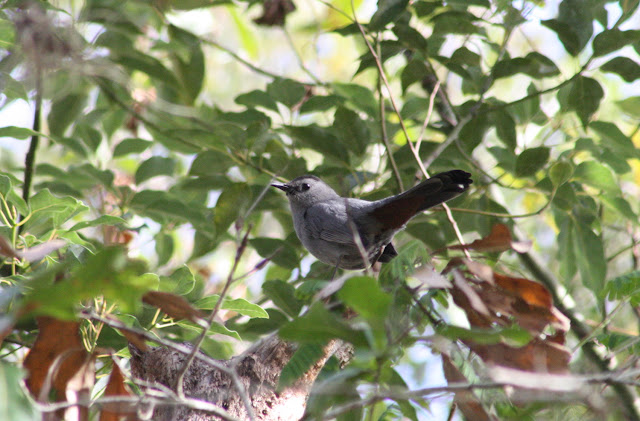 This is a catbird, which isn't very distinctive-looking, but has an unusual call that sounds like a meowing feline. Apparently the Native Americans used to call them the Bird that Cries with Grief. I used to see and hear them when I lived in New Jersey, too.
Posted by Steve Reed at 1:43 PM