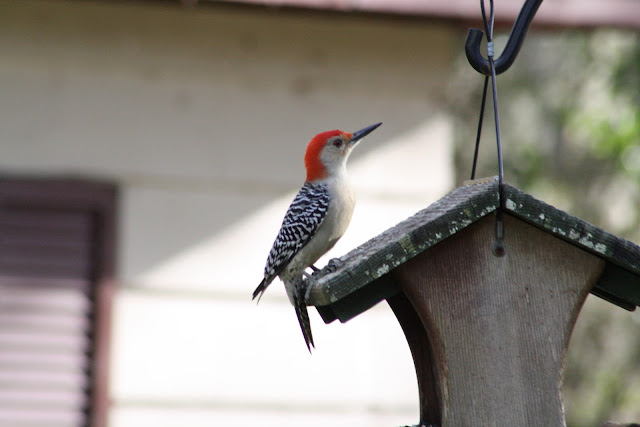 I didn't bring my good camera on this Florida trip. It's too big and heavy, especially with its accompanying lenses. Dave thinks it's silly that I invested so much in a good camera and then don't like to carry it, but as I've mentioned before, I'm a believer in light traveling. I have a secondary camera with a just-adequate zoom lens, and that's what I've been using to photograph neighborhood birds.

The red-bellied woodpeckers have been flocking to our front-yard bird-feeder. It seems weird that they're called red-bellied when their heads are so much more apparently red, but there's also a red-headed woodpecker with an entirely red head. 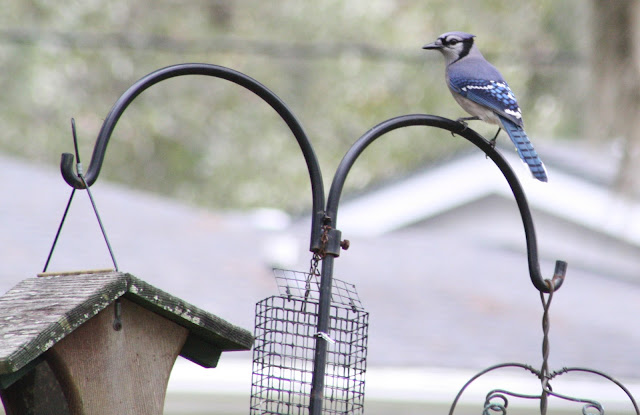 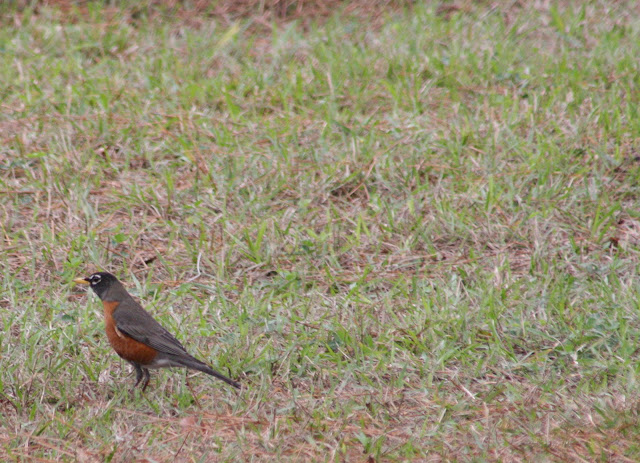 We saw several robins in a neighbor's yard. Not very dramatic. 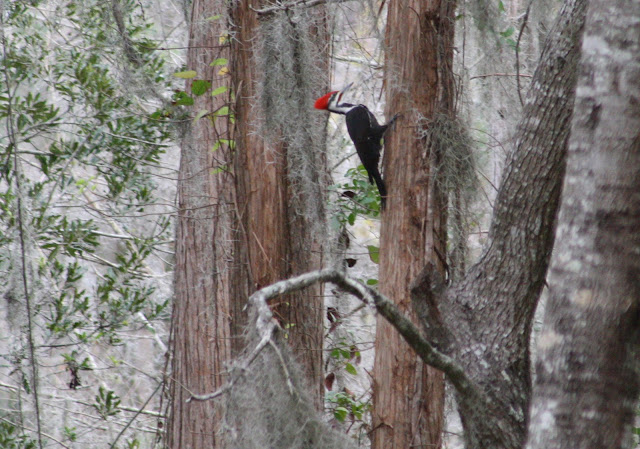 But then we also saw another variety of woodpecker -- a pileated, which was quite dramatic. They're not rare, but they're big and imposing. 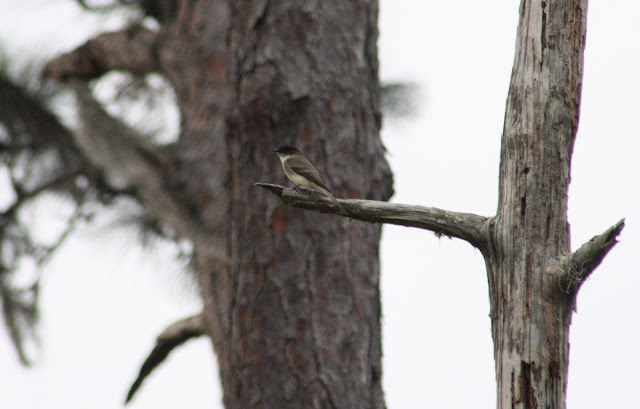 My mom said this is a phoebe. You couldn't prove it by me. It was a long way up in a tree. 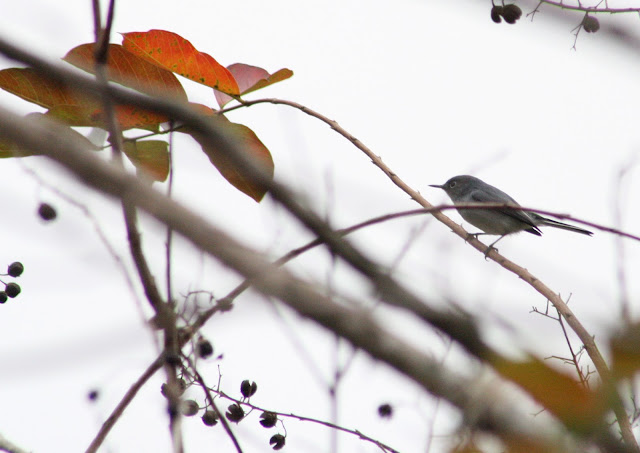 I think this is a gnatcatcher. Again, not the best photo. I am not much of a bird photographer. The damn things keep moving around!

My brother and his family went home yesterday, leaving me, Dave and my mom with a relatively quiet afternoon. I spent the time reading and planning the next steps of our trip. Today we visit a friend in Tampa and move along to my dad's house.

Last night we watched the Kennedy Center Honors. It makes me feel incredibly old to see Dustin Hoffman and Led Zeppelin among the honorees. And how surreal to see footage of Led Zeppelin from the '70s, with their grimy hair and sweat-streaked skin-tight jeans, strutting and screeching on the stage -- and then see the three surviving Zeps sitting up in the box with the President in tuxedos! The Wilson sisters from Heart sang "Stairway to Heaven" and did a bang-up job, and Kid Rock did a lukewarm version of "Ramble On," which nonetheless reminded me how much I like that song.
Posted by Steve Reed at 11:18 AM

I am glad that your eye is finding these birds. They are the same ones as in my own backyard, a few hundred miles north of you. Isn't the pileated woodpecker a gorgeous thing?

You got some really good bird pictures here. I must say, I loved the robin photo. I grew up in Illinois and we saw robins just like this one all the time. We don't see them in Arizona at all so I sort of miss them.

I don't take my good cameral with all it's lenses with me on trips either. It is way too much to carry around. When I went to Italy in May, I took a Sony Cyber-shot with a 20x telephoto and it took fantastic photos. But, I'm all set now for another trip. I recently bought a Nikon Coolpix P510 with a 42x telephoto. I'm loving this camera.

I have a soft spot for Red-Bellied Woodpeckers. I've never understood their name either! I love that you and I were both shooting pileateds! They are such striking birds. I think you got a great shot considering you were shooting with your "little" camera. I have to admit to dragging my big camera with me everywhere.

Ramble On ... hmmm ... some memories embedded in that song for sure!

I'm finally starting to catch up on blogs a bit (only 127 more posts to read!). Love the bird shots. Mike has been taking a lot of bird pictures down here at my dad's house. We brought the big camera since we drove.

Re: the Alexander Beetle song. I hadn't ever heard that version. It's fabulous! I'll probably post it on my blog sometime soon. Thanks!

I think those are great bird pics. I recently spied a pileated woodpecker out here. That are fabulous! Your other little woodpecker might have been a flicker.