In Bucha, Getting Some Rest 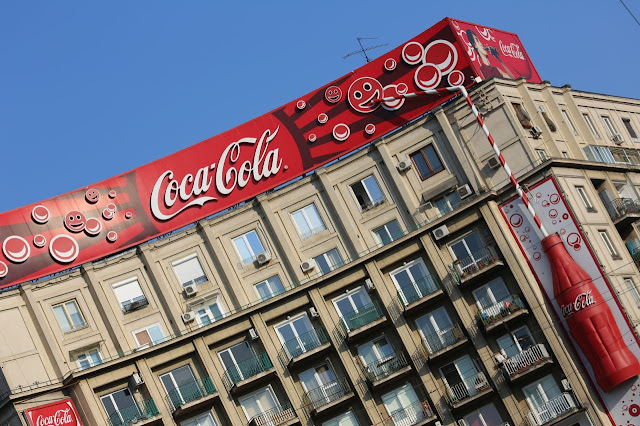 I couldn't help but steal Nancy's joke, from yesterday's reader comments, for my post title. (Thanks, Nancy!) I really am lying in bed in my hotel room at the moment, wrestling with both hotel Wi-Fi and Dave's peculiar computer. Which has about a zillion documents on the desktop. I don't know how he finds anything.

I haven't had a chance to do much exploring. We flew in yesterday afternoon -- me, Dave and eight of his students. We got the kids placed with their host families and made our way to our hotel, which is, oddly enough, a huge high-rise Howard Johnson's, and actually quite swank. I surely never thought I would be staying in a luxurious HoJo's in Romania. That seems unexpected on so many levels.

Last night we went to dinner at a local restaurant called La Mama with all the band directors who have students in this gathering. I chose goulash, and could not have been happier. 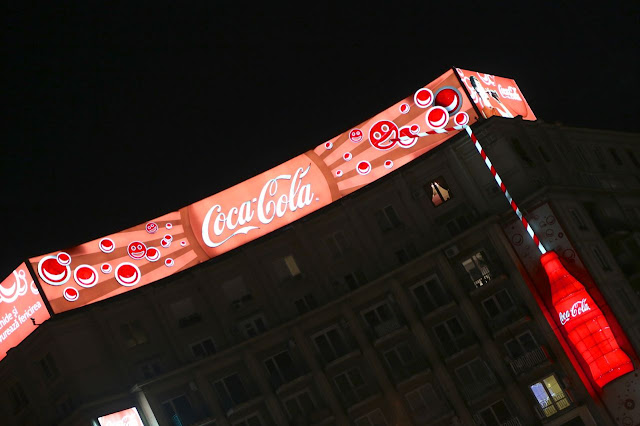 My impression of Bucharest so far: A jumble of glassy new buildings with dilapidated, characterless Communist-era ones, as well as lots of elegant pre-Communist structures with French-style ornamentation. Bucharest has been called the "Paris of the East," and it does have a very French feel, with boulevards criss-crossing each other at busy traffic circles. There's even an Arc de Triomphe-style triumphal arch.

The cars look pretty much the same as elsewhere in Europe, with numerous Dacias and Skodas thrown in. There's lots of graffiti and street art to keep me busy. And as you can see, there are big ol' advertisements everywhere. Capitalism thrives!
Posted by Steve Reed at 4:27 AM