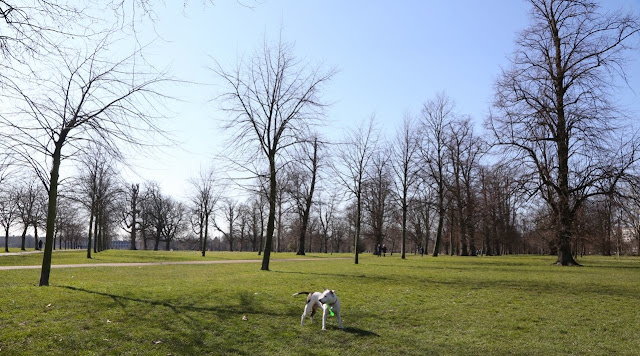 This post is going to be a whole lot of Olga. Just to warn you at the outset. 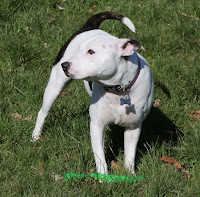 First, Dave and I did a few non-dog-related things yesterday. We went to brunch just a few steps from our apartment at Tom's Deli, a tiny little place owned by Tom Conran (a son of Sir Terence) where I had a nice mushroom and cheese omelette. I was impressed to find a mural of Trellick Tower, which as you know I photograph and visit frequently, on the Deli's tiny back porch by artist Jo Peel. I tried to take a picture of the art but as Jo notes on her site, it's in an almost impossible location for photography. It's basically this image, but much larger.

Our day became more Olga-centric in the afternoon, when we took her to Hyde Park. We had beautiful clear skies, so we wanted to get outside and let her romp freely. We brought along her neon-green chew stick (yes, I am aware that it looks like a sex toy, but I swear it's not) and took off her leash when we got to the park.

She loves the park. Loves it. 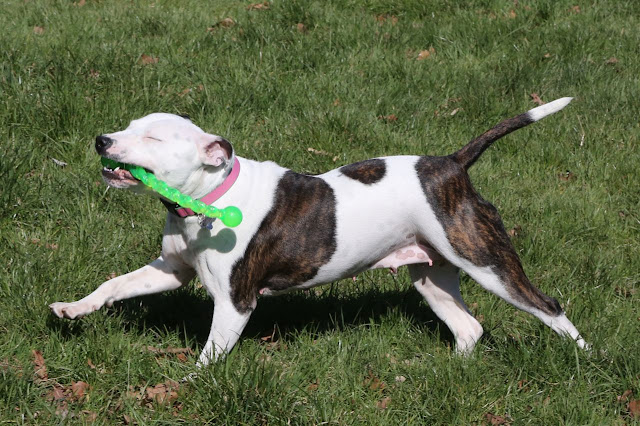 If there's one thing I'm really happy about, it's that we can let her run around without fearing that she'll get into trouble with other dogs or run off. She always sticks near us, basically running circles and zigzagging around us as we walk, and she plays well with others. 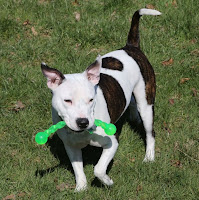 Our only moment of fear arose when we came upon two young women walking a tiny, tiny teacup chihuahua. (Or some kind of teacup dog. I couldn't swear it was a chihuahua.) This dog was so tiny it was barely recognizable as a dog.

I'm not sure what Olga thought it was, but she dropped her stick toy and went after it like white lightning. While we called her name fruitlessly, she chased it in a circle and bowled it over onto its back. The little dog yelped but Olga never attacked it. I really think she only meant to play, but I was terrified she'd mistaken it for a squirrel.

By the time we got to her and pulled her away, the little dog was back on its feet and one of the women scooped it up. (They were strangely blasé about the whole thing. They said nothing to us. All I heard was one of them say, "Awww," when squirrel-dog yelped. Maybe this happens all the time.)

We gave Olga a swat so she'd know she has to listen when we call her. And then we went on our merry way with Olga back on her leash. We trailed at a respectable distance behind the two women, and I noticed the teacup's paws never touched the ground again. 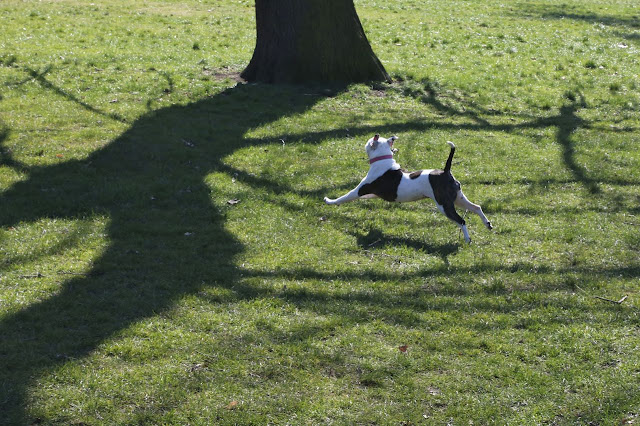 Olga had a terrific day, in any case. And I think I'm glad we bought her an insurance policy.
Posted by Steve Reed at 6:50 AM