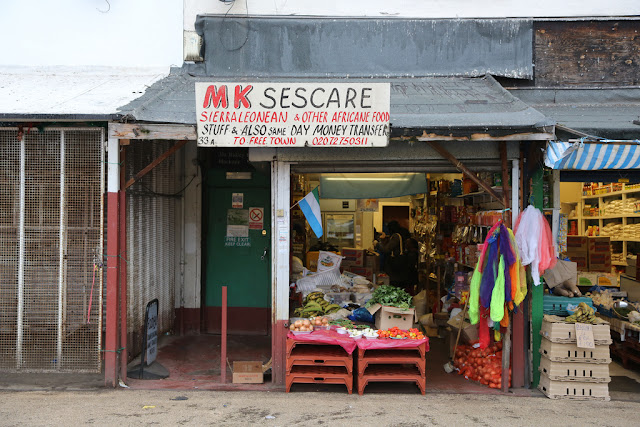 Dave and I often laugh about British television -- its irreverence and unpredictability. For example, last night during a commercial break, out of the blue, the announcer on Channel 4 offered "Today's Haiku":

The cat is wary
Ice cubes jingle in my glass
The day is ending.

Drily funny, is it not? Especially between dreary newscasts on television.

I didn't mean to worry anyone about Olga yesterday when I said she had indigestion. It really was just that. She was eating a little less and being a bit less active than usual, but still hopping up for walks at any opportunity. And then yesterday morning she pooped out a stick, and now she's fine. Problem solved. I have a feeling this is just going to be a way of life around here.

(I did discover that if I take a toy with us when we walk, I can give her the toy when she starts developing the urge to pick up sticks, and she'll gnaw the toy instead. This may keep down stick intake. One hopes.)

She goes to the dog-sitter this afternoon, in preparation for our trip to Bucharest. We won't see her again until Sunday.

I applied for the job I mentioned the other day. Interviews start next month. We'll keep our fingers crossed. I'm honestly of two minds about working full time, so even if I don't get it I'll be OK. That's sort of why I haven't had anything to write about the last few days -- thinking about this potential change is taking up so much of my brain.