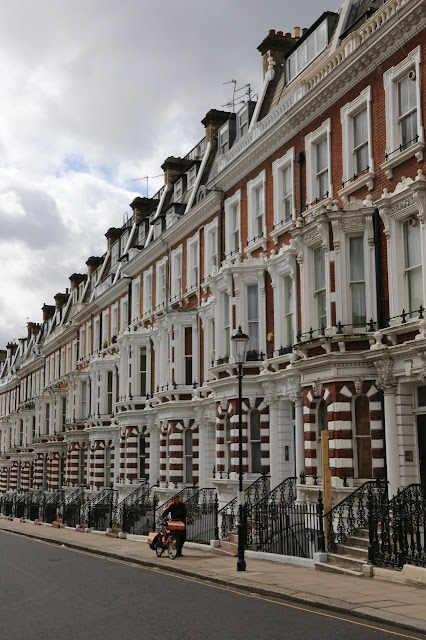 Yesterday surely must rank among the most riveting news days of the last ten years. I could not stay away from the web as the story unfolded: the gun battle, the dead suspect, the identification of the brothers, and now the survivor's capture. I am so glad they got him alive. The father seems convinced that his sons were framed. Hopefully the fact that one of them is still here to say otherwise will help dispel that belief. (Depending on what he does say, of course.)

I am eager to hear an explanation. Then again, what could possibly explain all this in any adequate way? Why would a pair of Chechens target the United States, the country that gave them homes as refugees, gave them an education (including a college scholarship), provided space for them to develop friendships, families, jobs? Even if they had extremist religious convictions, how could they justify killing their neighbors -- innocent children, for God's sake?

Needless to say, Doris Lessing did not get read at all yesterday.

By the way, thanks to those of you who left comments about "The Golden Notebook." I'm happy to hear that others also found it difficult. At least I'm not alone in that. I will press on for the time being, but I'll keep you posted on whether or not I eventually throw in the towel. 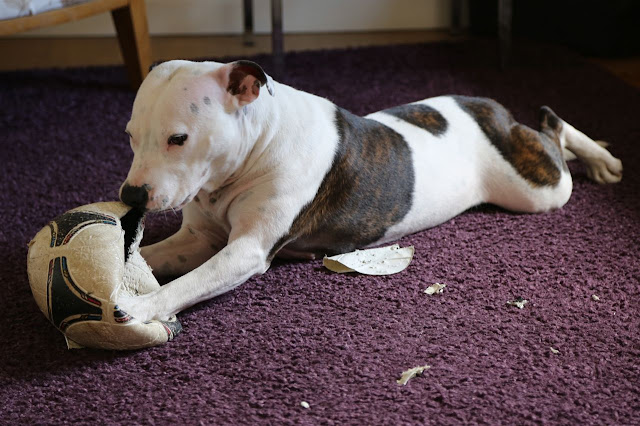 Olga and I had quite the adventure yesterday. I walked with her to Latimer Road, and there we came upon about six middle-school-aged boys playing with a battered old football. Olga went crazy watching the ball, and I struggled to keep her under control on her leash -- at one point even carrying her -- until we'd walked past them. Problem is, they followed us. They were apparently amused by my crazy dog. After wrestling with Olga for a few hundred feet I asked them to please hang back until I could walk away with her.

Well, one of them decided to kick the ball directly to us, whereupon Olga grabbed it and would not let go. I pulled and pulled and couldn't get it out of her mouth. The boys told me to twist the ball, and I said it would be ruined but did so anyway. She eventually let go and I threw it back to them, slightly deflated. As we walked away, they kicked it toward us again. At this point I got angry, and I let Olga grab it. As far as I was concerned, it was hers. I expected the boys to protest or run up behind me and knife me in the back, but they did nothing. In retrospect I think they meant to give it to her; I think she'd punctured it anyway.

Olga carried that ball all the way home, shaking it every once in a while to make sure it was dead. And believe me, it was. 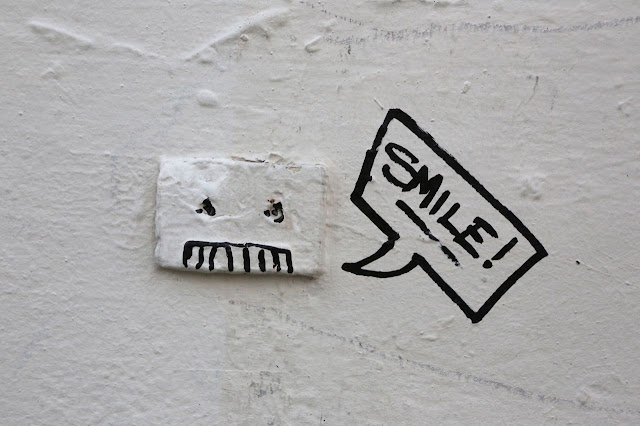 Am I a terrible person for allowing my dog to steal a toy from children? Probably.

Meanwhile I am wrestling with a different conundrum. I've learned of a full-time job opportunity that sounds appealing. If I apply and get it, Dave and I will both be away from home for nine hours a day. Where does that leave Olga? Even with a hired dog walker, that seems tough for a dog. I'm not sure what to do. I'm leaning toward applying, because I can't let my dog dictate the course of my life, but at the same time, I need to keep in mind what's fair for her.