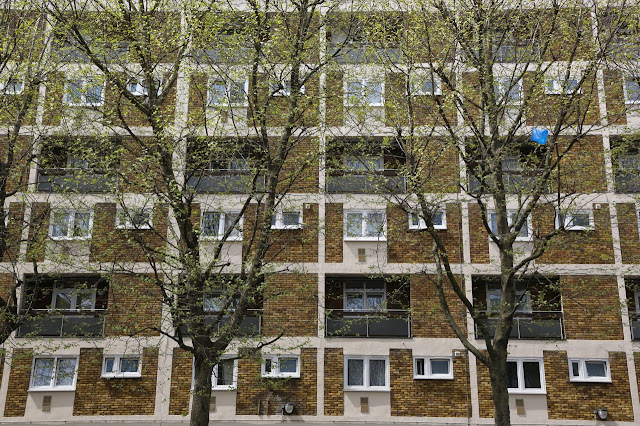 Yesterday I took Olga back to the park for some running around, and I used the opportunity to learn how to make a video on my camera. It's not that hard -- just a matter of pushing the right buttons. I don't know why it took me so long to figure it out.

What is difficult is throwing a Kong toy and holding a video camera at the same time.

As you can see, it was a beautiful morning, and we spent a couple of hours walking around and lounging in that grassy field. Olga made a friend named Rupert who stole her Kong toy and had to be forced to give it back. (I don't have a video of that because while it's hard enough to hold a camera and throw a Kong, it's impossible to film while prying a Kong from the jaws of someone else's dog.)

Olga had an opportunity to do some modeling when a German woman came over with her iPad and asked to take photos.

I attracted some attention, too. I was wearing a sweatshirt from my alma mater, the University of South Florida in Tampa. A couple of guys walking past shouted, "Go Bulls!" Turns out they're engineering students at USF, and they found it wildly improbable to come across someone wearing a USF sweatshirt in the middle of Hyde Park. Our globalized society! (I didn't tell them that the Bulls didn't even exist when I went to USF -- not as a football team, anyway.)

How about the Republicans and their newest crusade, to characterize the attack on the American consulate in Benghazi as the next Watergate? I mean, really. They're delusional. Their focus on this issue has perplexed me for a long time, but now it seems obvious that they're just trying to hammer Hillary Clinton with anything they can in anticipation of her 2016 run for president. Pathetic.

Oh! How wonderful to see Olga in "real life"! What a cutie. Photos alone just can't capture her personality and that mischievous glint in her eyes. How many times will she retrieve her Kong? Until your arm is ready to fall off? My dogs will only retrieve something 3 times. After that, they are done.

You know, I have only used the video feature once or twice on my camera. I am not used to having it on the DSLR so I forget to use it. I used to put up vids a lot on my blog but I haven't done any in so very long.

And, your daily "minutiae" is what I enjoy the most (next to your photos of course).

It is pathetic. I mean the Republicans, not Olga or the Bulls.

Especially impressive - throwing the kong while using your camera. That takes dexterity.

Jake used to eat those kings - even the black ones - within 10 minutes. After that he had the worst stomach aches until the kong bits came out. He was an impossible dog. I still miss him.

Love the video. What a happy, happy dog!

I love Olga :) Republicans? Not so much. (Or I should say I don't love the Republican "machine" - I do have good friends who vote Repulican. God help them. Heh.)

Nice! I've never used the video on my camera but I have 3 grandsons and they have 3 dogs so I'm not lacking for subject matter. Can't wait!

You know, I'm not one to watch a video of a dog -- or just any dog -- but I watched yours, and it was delightful.

I don't even want to talk about the effing Republicans. Eff them.