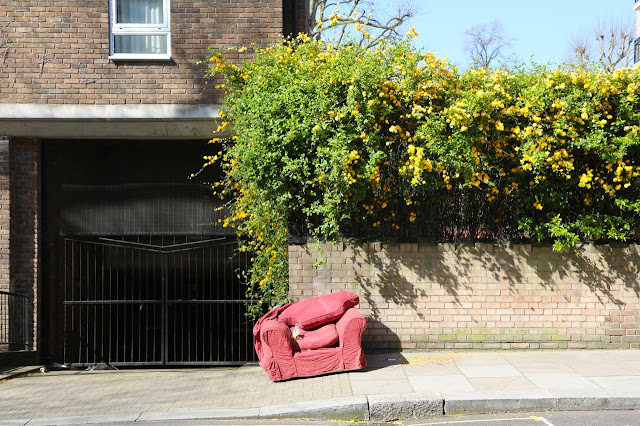 Did you hear that someone in New Zealand actually named their child "Number 16 Bus Shelter"?

That's one of the fascinating tidbits I learned yesterday via my Internet browsing. I ask you, where would we be without the Web?

It's an excellent teacher of the unexpected. For example, one of my Facebook friends recently linked to an interesting blog post by a guy who taught writing to murderer Lyle Menendez in prison. I went to the blog to check out the post, and while skimming along found another post by the same blogger that recommended several novels by a little-known writer named Earl Thompson. They sounded intriguing, so I went over to Amazon and found one of the novels, "A Garden of Sand," for sale for one penny. It was nominated for the National Book Award when it was published in 1970. How had I never heard of this writer? I bought the book, while marveling at the Internet's ability to connect disparate people and ideas. (We'll see if I'm still marveling after I read it.)

Here's an even better connectivity story: I was walking home with Dave from a friend's house on Friday night when I found a purple leather wallet lying on the sidewalk. "Leave it there," Dave advised, but I did not. I picked it up and brought it home, and set out to find the owner. I Googled her name and found that she had a Twitter account. I don't have much use for Twitter, but I do have an account, so I logged in and Tweeted her. Yesterday, she came over to retrieve her wallet -- minus one credit card, and who knows where that went. (She lost the wallet in a nearby bar and was unsure whether she left it behind or was pickpocketed.)

So yeah, the Internet is handy. My only concern is what it's doing to my attention span. I have become so used to clicking around, following every online whim and answering every micro-question, that sitting down to read a book -- even a good book -- can seem like a somewhat ponderous task. I have to fight the urge to jump up mid-paragraph and check e-mail. Why is that?

(Photo: More spring color in Notting Hill.)
Posted by Steve Reed at 6:52 AM

I get a lot of good info and learn a lot of stuff I wouldn't ordinarily. I gave up the newspaper for the internet. so many sources at hand for news and just plain interesting stuff. but it gets tiresome too sometimes.

I do the same while reading. It's shameful somehow. The internet is something I would hate to give up but I have a sneaking feeling that the amount of information we receive is about the same as it always was, just in different forms and amounts.
Does that make sense?
I could be wrong.

Wait a minute .. I think you have captured the sidewalk sofa flower in full bloom! I've heard they are extremely rare.

I really do a terrible job of actually reading an entire article on any subject. I do ok with fiction - but reading other kinds of things is a struggle. But that's actually not new for me :)