Revenge of the Raccoons 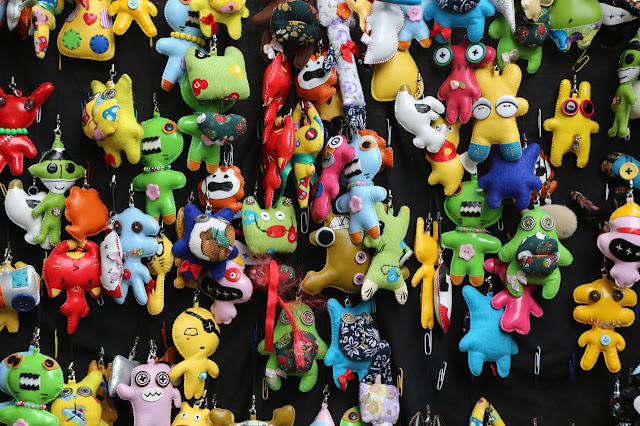 I watched the most peculiar movie yesterday. As I've mentioned before, I'm a fan of Studio Ghibli, the Japanese animation studio behind Hayao Miyazaki movies like "Spirited Away" and "My Neighbor Totoro." Well, one of the TV channels here recently aired a bunch of the Studio Ghibli films, and I recorded several I'd never seen. Yesterday I watched "Pom Poko."

A hallmark of Studio Ghibli, and particularly Miyazaki, is a reverence for the past. The movies seldom depict plastic and video games and modern technology, and never favorably. Instead they're inhabited by magical characters and creatures from Japanese folk tales, often in forest or agrarian settings. As a result, they can seem a little strange to those of us with a Western sensibility and no familiarity with Japanese mythology.

"Pom Poko," directed not by Miyazaki but by Isao Takahata, is a cautionary tale about preserving the wilderness. The main characters are raccoons (or more specifically, raccoon dogs, the creatures being surreptitiously turned into clothing in China). The gist of the story is that suburban development in Tokyo is paving all the forests where animals like the raccoons live. So they decide to do what they can to fight back against human intrusion.

Some of the raccoons can shape-shift, and present themselves as other animals or monsters or even humans. Shape-shifting takes a lot of energy, so they fuel themselves with high-energy foods. There's a humorous scene in the movie where two raccoons pretending to be human spot each other while guzzling energy drinks. (Now I understand why some people drink that stuff.)

I can't even begin to describe the strangeness of the scene where male raccoons fly into battle. Each one pulls his scrotum over his head and uses it first as a parachute, and then as a weapon. I am not making this up. (I was going to post a video so you could watch, but of course someone's already done that.)

Yes, it is all deeply odd, yet beautiful and touching in the end -- a film about a culture mourning its past and its connection to the earth. I hesitate to recommend it, because it is not everyone's cup of tea. But I found it fascinating and kind of mind-blowing.

(Photo: Cell-phone charms (I think?) for sale at the Portobello Road market.)
Posted by Steve Reed at 7:13 AM