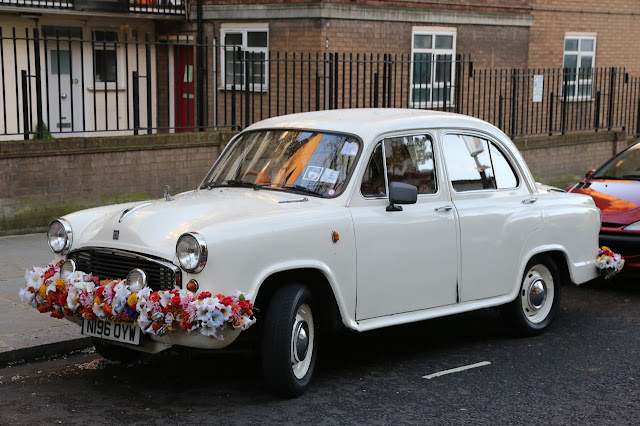 This car, the "Karma Kab," is often parked in our neighborhood. It must belong to someone around here. I've tried to photograph it a couple of times but until this morning I never felt satisfied with the results. 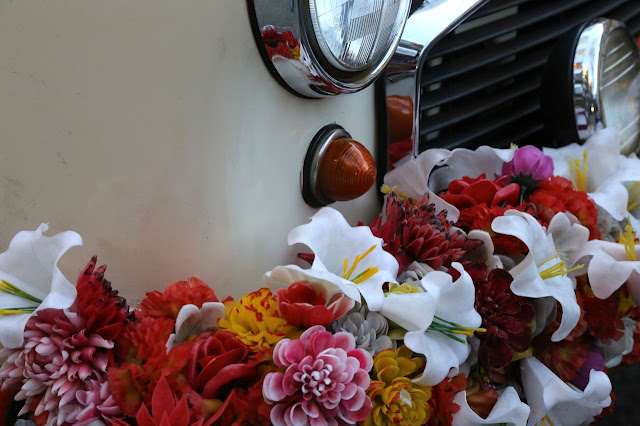 When I first walked past it with Olga, when she was brand new to us, she was terrified of these flower-covered bumpers. She put her tail between her legs, got low to the ground and stared at them. You could almost hear her frantic brain saying, "What ARE those?" 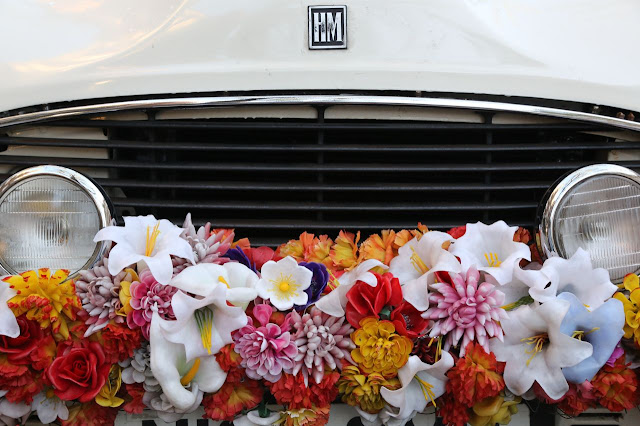 Apparently the car itself is from India. It's a vintage Hindustan Ambassador, known as a "definitive Indian car," according to Wikipedia. Hence the karmic connection. 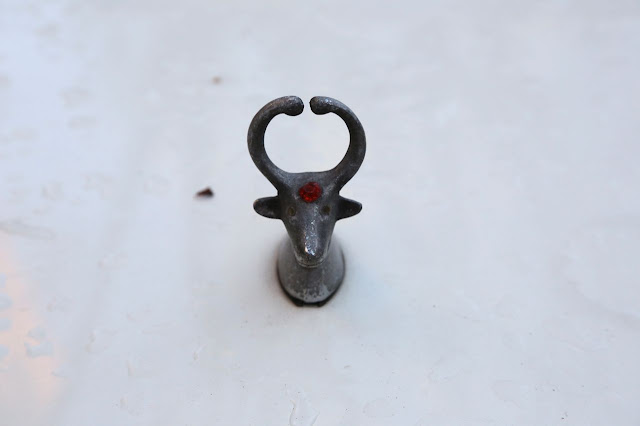 The hood ornament, complete with its own bindi. 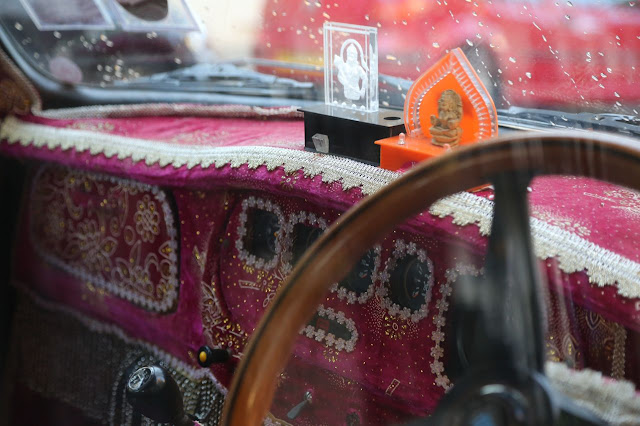 I'm not completely thrilled with my photos of the car's interior, but it's hard to shoot through car windows. As you can see, it is not a minimalist decor. 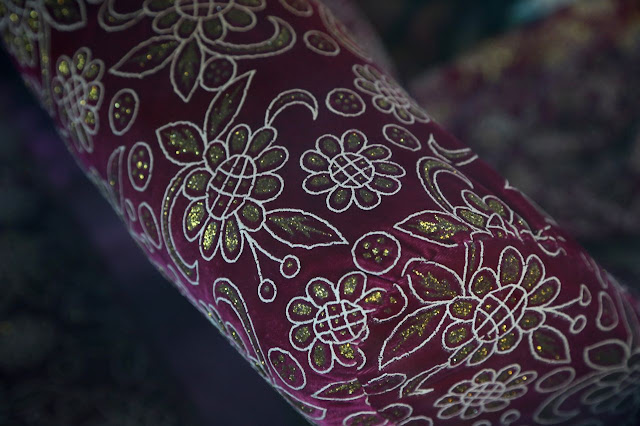 The upholstery is pretty amazing, too.

Apparently the Karma Kab is for hire, and according to the web site there's at least one more with a slightly different color scheme. Maybe I'll give them a call next time I need to arrive somewhere in style -- and with good karma.
Posted by Steve Reed at 6:59 AM