This Is A Problem 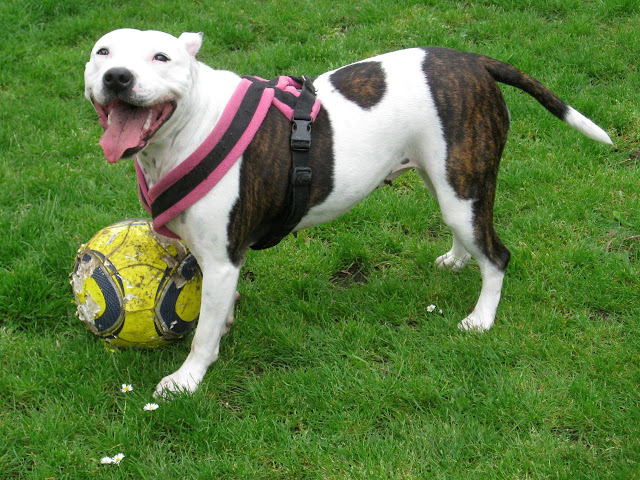 I took Olga to a nearby neighborhood park yesterday during her walk and let her off the leash in the unfenced dog area. No sooner was she free than she tore across the lawn to where two toddlers and a woman were playing with a soccer ball. Olga grabbed that ball and it was hers.

For about ten minutes I futilely chased her around the yard yelling "Olga! No!" But she did not drop the ball. She thought it was a game. She was playing keep-away.

I apologized to the woman, who said it was no big deal. And indeed, for the most part, the four kids with her were amused or indifferent to Olga's destruction. (By now, Olga was gnawing the cover off the ball.)

One little boy, though, kept whining that he wanted the ball back -- quite justifiably, I must admit, even though he'd been on the swingset. "It's taking a long time!" he complained while I tried unsuccessfully to catch the dog. Once Olga got tired enough to slow down, I was finally able to wrest the ball away, but by then it was so tattered that even the boy rejected it. 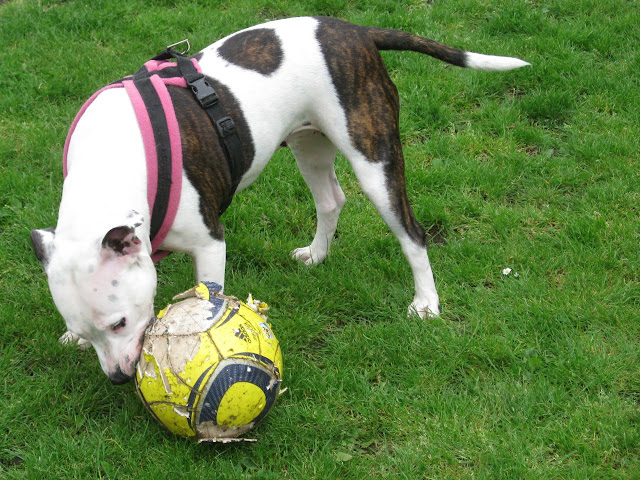 I offered money for a new ball, but the woman declined. She seemed utterly unfazed, even laughing at the boy's whining, but I was mortified.

What I have deduced from this embarrassing episode is:

-- Olga can't be off-leash in a small park, where distractions are many and close at hand. She's better in Hyde Park, which is huge and spacious, or along the canal, where there are no balls.

-- Somehow we have to teach her to obey the command "NO!" even when her own instincts are in high gear. I am not a dog training expert so I'm a little stumped about this one. She knows the word and knows when she's in trouble, so it's not like she doesn't understand.

-- I need to carry a toy with me, so I can distract her when she wants to play with someone else's. I think if I had a Kong to throw her she would have dropped the ball. I think.
Posted by Steve Reed at 6:53 AM