A Quick Walk in Jacksonville 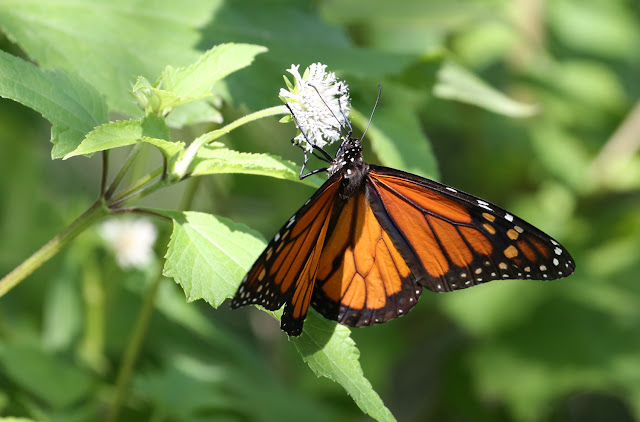 My sister-in-law and the new baby had a doctor's appointment yesterday, and my niece Jane and my mom tagged along. My brother went to work. So I was free to kill a few hours on my own in Jacksonville, a city I barely know.

First I went to a neighborhood park, a big, grassy field with its own cypress swamp. I shot photos of butterflies, dragonflies and red-winged blackbirds. The birds scolded me fiercely, probably protecting a nest. 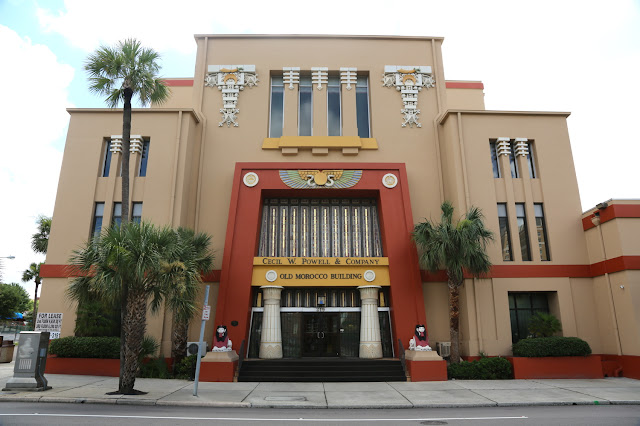 Then I got adventurous and drove to an area north of downtown, and worked my way back into downtown itself. I got out and walked around a bit. Jacksonville is pretty, but downtown has the same empty, sun-blasted feeling that Tampa has -- especially on a summer afternoon. There were virtually no pedestrians out. (Granted, I didn't go to the Riverwalk or to Jacksonville Landing, which might have had a few people wandering around.) Definitely not like London, which is a good 20 degrees cooler! 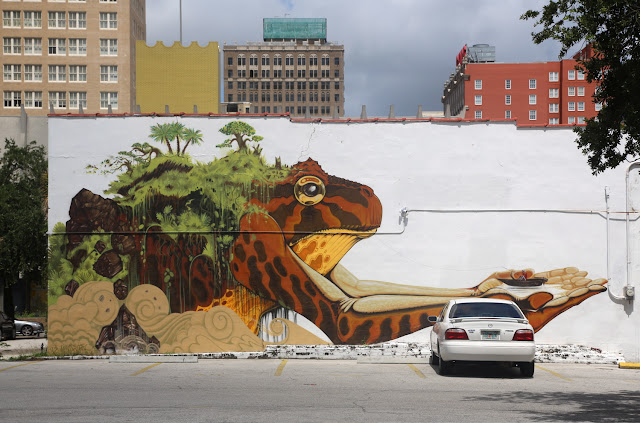 Jane has moved on from showing me Mario to sharing her favorite Disney Channel TV show, "Phineas & Ferb." She loves this show, about two inventive boys on their summer vacation, and she often finishes an episode, goes right back to the beginning and watches it again. The scary thing is, I'm starting to like it. It's pretty clever and it doesn't talk down to the kids. The next time you need to entertain a 7-year-old, I recommend it.

Jane's been complaining for the last few days about being tired and getting chilly in the air conditioning. We took her temperature yesterday afternoon and it was 102 degrees! Aside from fatigue, she doesn't really show any symptoms, so it's probably just some mild virus that latched onto her at summer camp. Hopefully this won't have negative implications for the baby -- or the rest of my trip.

I hope Jane is soon on the mend!

Your pictures are superb, Steve! Truly.

Great photos, especially the butterfly. Going for a drive is always interesting with you. Hope the baby and Jane are okay.

Phineas and Ferb is not bad. I especially like the sister. Sure beats Barney.

Love your pictures, Steve. As always. What an eye you have!

Think you actually got a gen-u-ine Monarch butterfly there, not a Viceroy! The pattern on the lower wing doesn't match a Viceroy's.

Little kid germs are the most vicious! I think that ones immunities are doing construction for the rest of ones life during the little kid stage! The colour pallet of Florida is so FLORIDA! Beautiful shot of frog and butterfly- I ran over a butterfly yesterday with the lawn mower- I felt sad and wondered why I even bother mowing- it's so disruptive to bugs.

Reya: They really are sun-blasted and empty. Of course, not only was it a summer afternoon, it was Fourth of July week. Probably more people off work than usual.

E: Thanks! Maybe we can both go for a drive somewhere! I'll be in touch!

Ms Moon: P&F is a hoot, isn't it? I love Phineas and how positive and enthusiastic he always is. Thankfully I have been spared both Barney and Elmo. Oh, and you asked about a baby photo -- my brother isn't crazy about having photos of his kids online, so unfortunately I can't go there. :(

Kevin: You're RIGHT! It is a Monarch. That's what I get for asking my mom. :)

Linda Sue: Taking photos in Florida is so different. The light is so BRIGHT. Good Lord.

Peter: Thanks! The light was tricky, actually, because the butterfly was hanging almost upside down, and the top of the wings were often in shade. I just happened to catch a good moment here.

Beautiful butterfly shot and I love the frog graffiti.

It seems like kids are always sick. Hope it's not something that you can get! :)