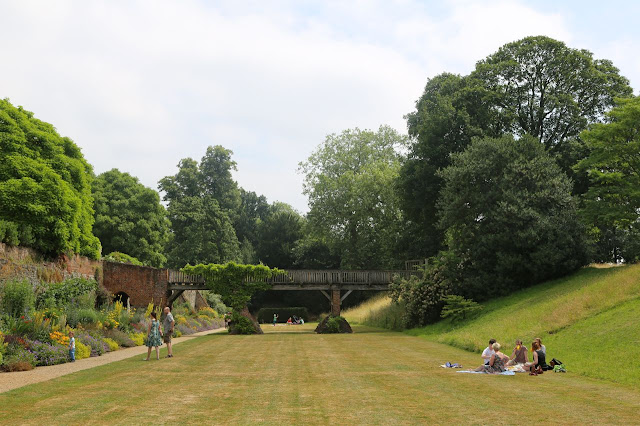 I went with our friends Sally and Mike yesterday to Eltham Palace, the former home of the millionaires Stephen and Virginia Courtauld and before that a royal residence dating back to the 1300s. It's owned by the English Trust and has been open to the public since 1999. 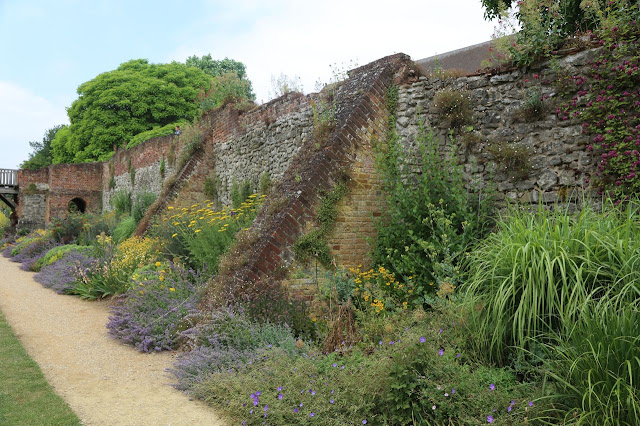 The Courtaulds, philanthropists and members of a wealthy family of textile industrialists, erected a house on the property southeast of London in the 1930s, incorporating the ruins of the former royal palace. Their portion of the house is decorated in sleek Art Deco style -- unfortunately, photography isn't allowed inside, so you'll have to imagine it or check out the Eltham Palace web site. The royal great hall and the bridge over the palace moat date back to the 15th century.

Most of my photos were taken in the gardens, which incorporate medieval walls in their design. 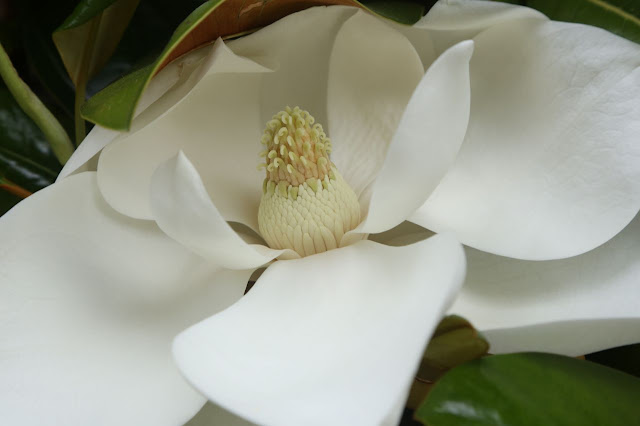 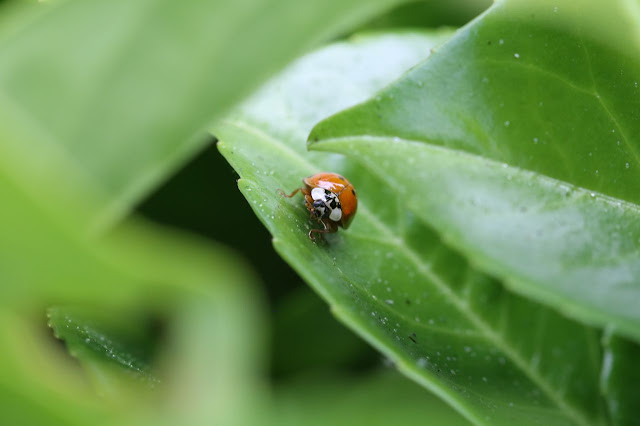 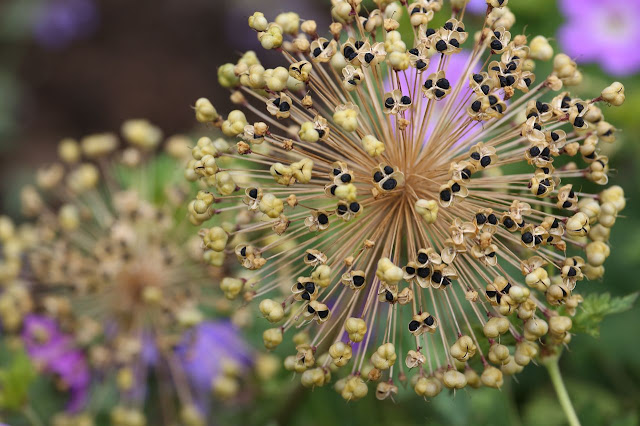 There were magnolias, ladybugs and allium blossoms that had gone to seed and reminded me of Fourth of July fireworks. 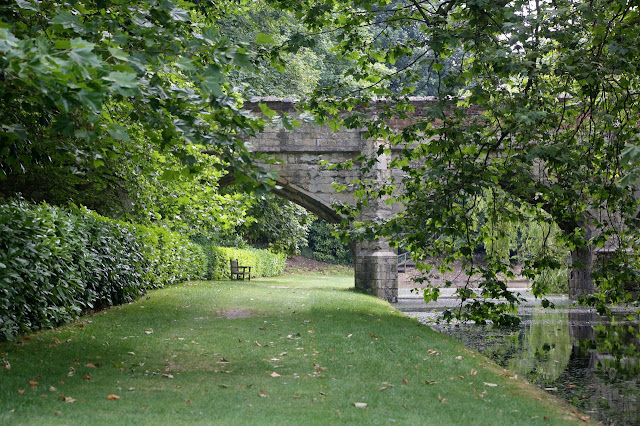 The moat was full of immense carp and water lilies. There's the bridge from the 1400s that I mentioned above.

After the palace, we went into Woolwich for a pub lunch and then walked around that area a bit before I had to zoom home to take care of Olga. It was fun to get out of town and see something new!
Posted by Steve Reed at 6:36 AM

Can you imagine living in a place like that? It is gorgeous though..

I love visiting old estates, palaces and castles. Gorgeous shot of the the magnolia.
Sounds like a great way to spend the day and get out of the city.

I always want to see the kitchen. Forget the grand rooms- let me see the darn kitchen! Ha.
Your pictures are fantastic, Steve. Magnolias are lovely all over the world, aren't they?

Did they have a ha ha? (I'm all proud that I know what that is, thanks to the Mary Russell books I've been reading.)

These photos are so wonderful -- and your simple words and descriptions fill in the blanks. I think I prefer to imagine such a place and, preferably, the place before it -- so old.

Just beautiful! I want to go to there.

I'm enjoying the little fil-rouge of the ladybird / ladybug theme too.

Love to Sally. So nice that you get to meet up as often as you do.

Beautiful photos. That one of the white flower reminds me of Georgia O'Keefe.