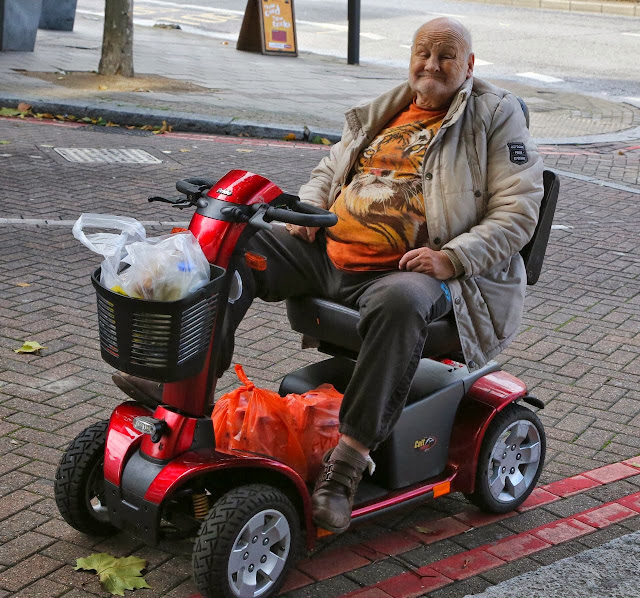 I walked past this guy when I was in Streatham on Sunday, and I was struck by his tiger shirt and the amazing red/orange color scheme he had going here. I didn't take a photo immediately, but after I'd passed him I thought, "I just can't let that one go." So I turned around and went back for a picture.

I'm always a little wary of photographing strangers. But I must admit, in this case, I thought, "What's he going to do? Run after me?" Which is terrible, I know. I'm a terrible person.

Then I took his picture, and he turned out to be a totally nice guy. I told him I liked his shirt but I'm not sure he understood me, because he told me he's deaf. I showed him this photo in my camera, though, and he smiled and gave me a thumbs-up.
Posted by Steve Reed at 7:08 AM