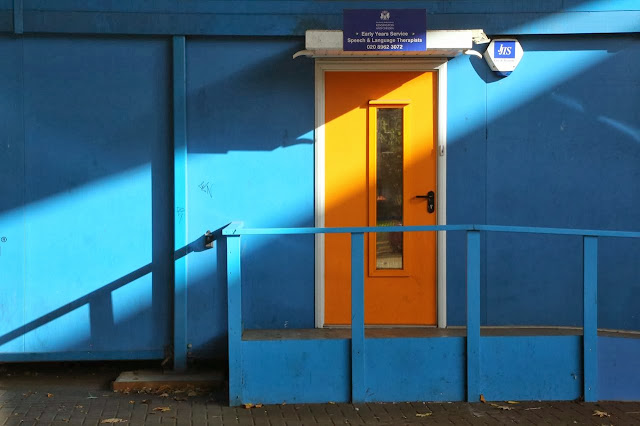 Yesterday was one of those days.

I don't know why. Maybe I was giving off bad energy. Maybe the universe was sending bad energy my way. Maybe it was all just a Series of Unfortunate Events, as Lemony Snicket put it so well.

The day started with Olga -- and you might want to skip this paragraph if you're eating -- spewing an unsettling quantity of bloody diarrhea onto the sidewalk on her morning outing. So there I was in utter darkness at 5:30 a.m. trying to clean it up with a plastic bag and a paper towel that I just happened to have in my pocket. I don't know what was ailing her. She gets this way every once in a while and it always scares us to death, and the vet can find nothing wrong, and then it passes and she goes back to normal in a day or two. Can a dog have IBS or Crohn's Disease?

An hour later, she vomited on the kitchen floor. No blood in that, happily.

I set out for work, and made it to the tube just in time to catch a waiting train. I hopped into the car right before the doors closed, and an overly-made-up young woman standing next to me started loudly telling her male companion how she hates it when people jump onto the train, and why can't they just wait for the next one? I shot her a dirty look and was considering saying something snarky and inappropriate (like, "some of us have jobs to get to," which would have been rich coming from until-recently-underemployed me) when her boyfriend (or whatever) said to me, "Is there a problem?" Well, when someone says that, nothing good can ever come from saying yes, especially in a crowded subway car. So I silently shook my head no and turned away from them, and the woman proceeded to jostle and elbow me as much as possible for my entire 15-minute ride.

I got to school and the kids were just terrible. It was Friday and they were excited and probably still hopped up on Halloween sugar. Lots of talking at top volume, lots of disregarding and eye-rolling when asked (politely) to pipe down.

At lunch I went to the bank to deposit a birthday check, but I was told that I would have to come back next week because the bank was out of some silly form that they need to fill out to convert my check from dollars into pounds. I mean, really? A paper form? Can't they just print one off a computer? Barclays, are you listening? So I had to leave with my undeposited check, to try again next week.

Fortunately, things settled down after that. I walked home from work to blow off some steam and Olga seemed much better last night. I bought her a special can of organic dog food and she wolfed it down. (She had also eaten her dry food during the day.) So hopefully this latest episode of canine spastic colon, or whatever, has departed.

Boy, am I glad it's the weekend.

(Photo: A nice color combination in Notting Hill.)
Posted by Steve Reed at 6:15 AM