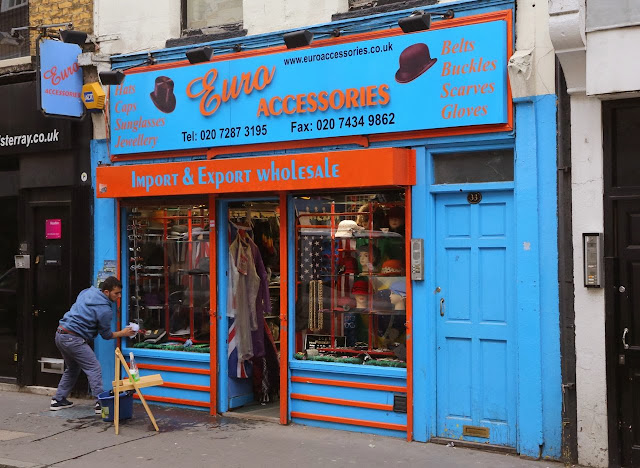 The dog got me up at 5 a.m. this morning, yawning her loud morning yawn. It's impossible to describe the sound of this yawn, which she makes at no other time of day. It's kind of like an extended yelp that says "take me outside!" So I got up and took her out, and now it's still not yet 6 a.m. and I'm sitting here bleary-eyed with my coffee, wondering what kind of day I'm going to have, having been awakened so early.

I don't get up much later than this anyway, so it shouldn't be a big deal. But I'm going to a concert tonight, something I almost never do, and if it's one of those shows where the start time is only the opening act for the opening act, with the main performers not taking the stage until 10 p.m., I am going to be dead to the world.

I'm seeing Sigur Ros, an Icelandic band, at Wembley. I've heard a lot about them but I don't know much of their music -- a friend suggested we go and I said sure, why not. Maybe I should have added, "If I can stay awake."

Last night I visited with my old friend Pam from the Peace Corps, who is passing through town. She and I grabbed a drink at her hotel in Mayfair, and caught up for an hour or so. We talked about how great it is to have friends who don't need day-to-day contact but still feel close and in touch -- you may not see each other for a couple of years, but when you do, it's like you were together yesterday. I love that.

The day before yesterday at school I was tidying up the library when I overheard four kids talking about the location of the Gambia River, and then about African literature. One of them disparaged the selection of some of the African books they're reading in class. Another said, "I respectfully disagree with you." And I thought, where am I working that this is how students talk?! I love it, but it's certainly different from the public school I attended, where virtually no one had heard of the Gambia and we weren't asked to read any African literature, and "respectfully disagreeing" was likely to get you taunted or beaten up.

Granted, this is private school and hardly typical, but I like to think that maybe civilization really is moving forward!

It's so good to read something positive about education, Steve. Thank you for that hopeful anecdote! Enjoy your concert -- although I admit that it sounds exhausting!

Some friends of mine reporting seeing an Icelandic band last week. Same band or is Iceland suddenly becoming an exporter of new music?
I hear you on staying up that late- I couldn't do it.

Civilization is evolving, I promise!

The UK may be evolving but the US is imploding.

I need Olga to come wake ME up. I think I hit the snooze button 4 times this morning.

Hope you enjoy the concert - can't wait to hear about it!

I'm not sure I'd stay awake long enough to even make it to the venue. Good luck and I hope you enjoy it!

Haha to what Ellen said. If my neighbors' son is anything to gauge on I'd say the US is in big trouble civilization-wise.

Sigur Ros ! Ohhh LUCKY!!! They will bring you to tears in the most beautiful way!That is the thing about England - "sorry" and being polite , major cultural diff!
Olga and Dexter must have read the same book on sleeping in- Dexter got up three time in the night and of course I take him out , on leash, onto the crispy white frozen grass...and he just looks at me like " Why are we here, human? Don't you know what time it is and how cold it is?" 3 TIMES!!!