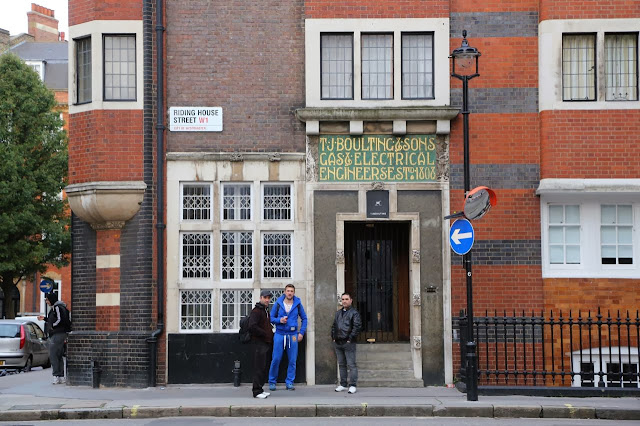 Almost seven years ago, when my blog was relatively new, I wrote a post about Roland Barthes' concept of "punctum" as an essential element of an effective photograph. He introduced this idea in a book called "Camera Lucida," which is regarded as one of the quintessential books about photography.

At the time, I had not read "Camera Lucida" -- I'd only seen a friend's summary of Barthes' ideas. But ever since then I've been wanting to tackle the book and see what else Barthes has to say. I finally bought it on Amazon a couple of months ago and started it over the weekend.

Now, I am not really into philosophy. As I sometimes say, I am not a "big ideas" person. So perhaps it is not surprising that I found "Camera Lucida" a tough slog. Barthes, after all, was a philosopher, literary critic, theorist and "semiotician" (whatever that is). This was a guy who seriously lived in his head.

I am interested in how people perceive photographs -- in what they find good, effective and moving, versus well-composed but dead. I think that's a problem with many of my own pictures -- at the risk of sounding self-congratulatory, I think I have an eye for composition, but often the result is not particularly deep or compelling. Many of my pictures are merely pretty. That's not a bad thing, but I would like to reach for more.

Anyway, I am (not really) sorry to say that I have set aside "Camera Lucida," after forcing myself to read sentences like:


First of all, I did not escape, or try to escape, from a paradox: on the one hand the desire to give a name to Photography's essence and then to sketch an eidetic science of the Photograph; and on the other the intractable feeling that Photography is essentially (a contradiction in terms) only contingency, singularity, risk: my photographs would always participate, as Lyotard says, in "something or other": is it not the very weakness of Photography, this difficulty in existing which we call banality?

I am just not smart enough for this book. It instills in me the same frustration that I often feel reading philosophy. I want to tell the writer/philosopher to STOP THINKING and go DO SOMETHING. I really believe there is an almost masturbatory self-absorption inherent in overthinking anything, photography included. Barthes, I fear, is overthinking.

His book is not really about the act of photography so much as the theory of photography. I'm not sure it's really even a useful book for photographers, though I do continue to find the idea of "punctum" interesting. (Barthes, by his own admission, was not even a casual photographer.) "Camera Lucida" is more about what photography represents to an individual and to society.

I got to page 32, and then I put the book down. I may have given up entirely; I am not yet sure. I've moved on to a Jay McInerney novel from the library.

(Photo: No particular "punctum," but an interesting building in Marylebone, last Friday morning.)
Posted by Steve Reed at 6:55 AM

There are thinkers and there are do-ers.
We need them both.
And sometimes, you just can't finish a book for whatever reason and that is okay.

punctum. well. i think a photograph either resonates with a viewer or it doesn't and the reasons can be utterly unconscious and subjective. so punctum is probably one of those concepts that is a fluid and wide ranging as there are viewers. your photos have plenty punctum to me.

I'm so impressed that you can force yourself to read these books. When I don't like one, I put it aside.

I think that you were brave to take the above photo. Those guys look as though they might have crossed the road to shove your camera down your throat ( or some other cavity!)

After reading that one sentence all I can say is...You got to page 32 ?!?! And half way through that sentence all I could utter was Huh? I know what I like and don't like and I know I have to work harder at this craft of photography. Right now I will work on getting through the many technical books I have. My head still hurts over that one sentence...LOL BTW...great brave photo :)