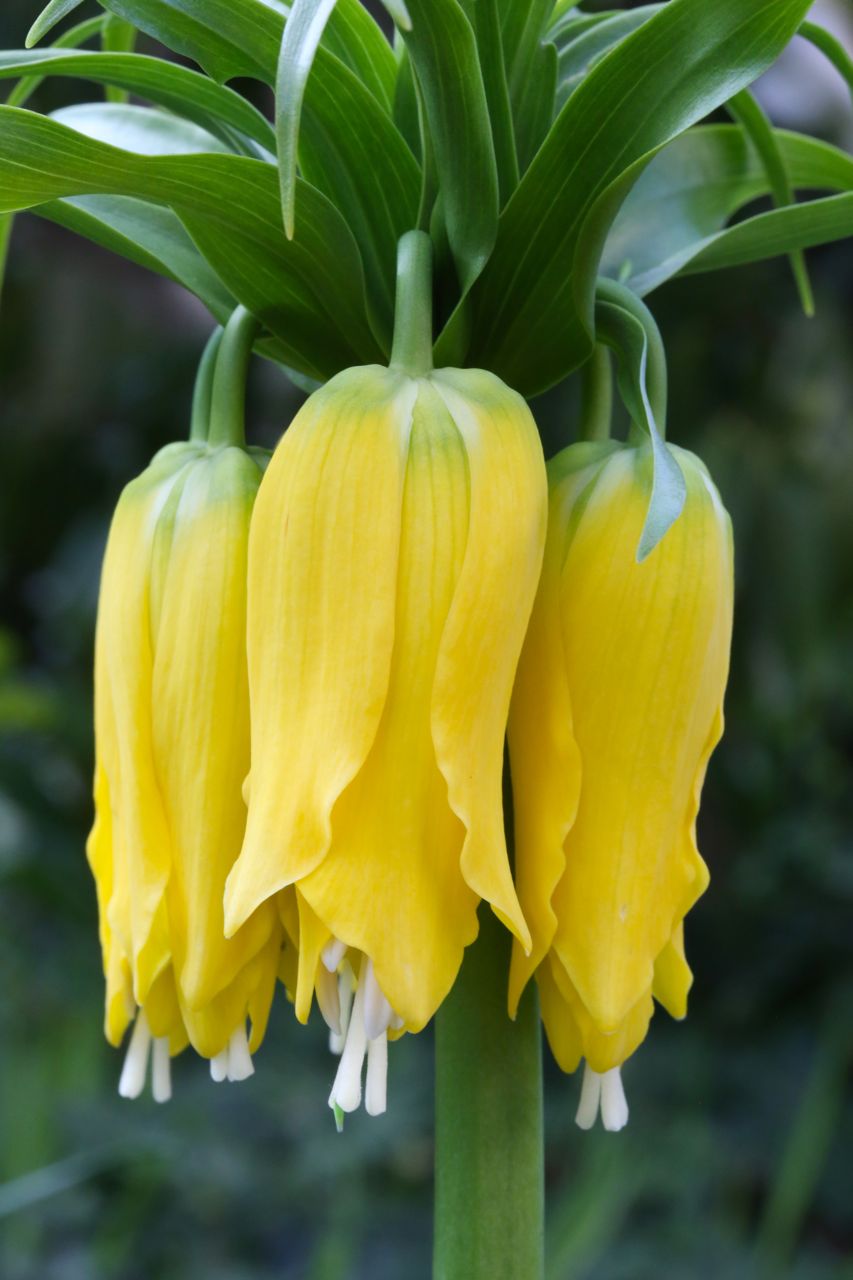 -- Remember the red beetles we removed from our fritillaria (above)? Well, true to my prediction, there were more (or maybe the same ones) on the plant the next day, and another one yesterday. I had Dave remove them and kill them with tweezers. I'd still really rather not do it myself. Farming out my bad karma! 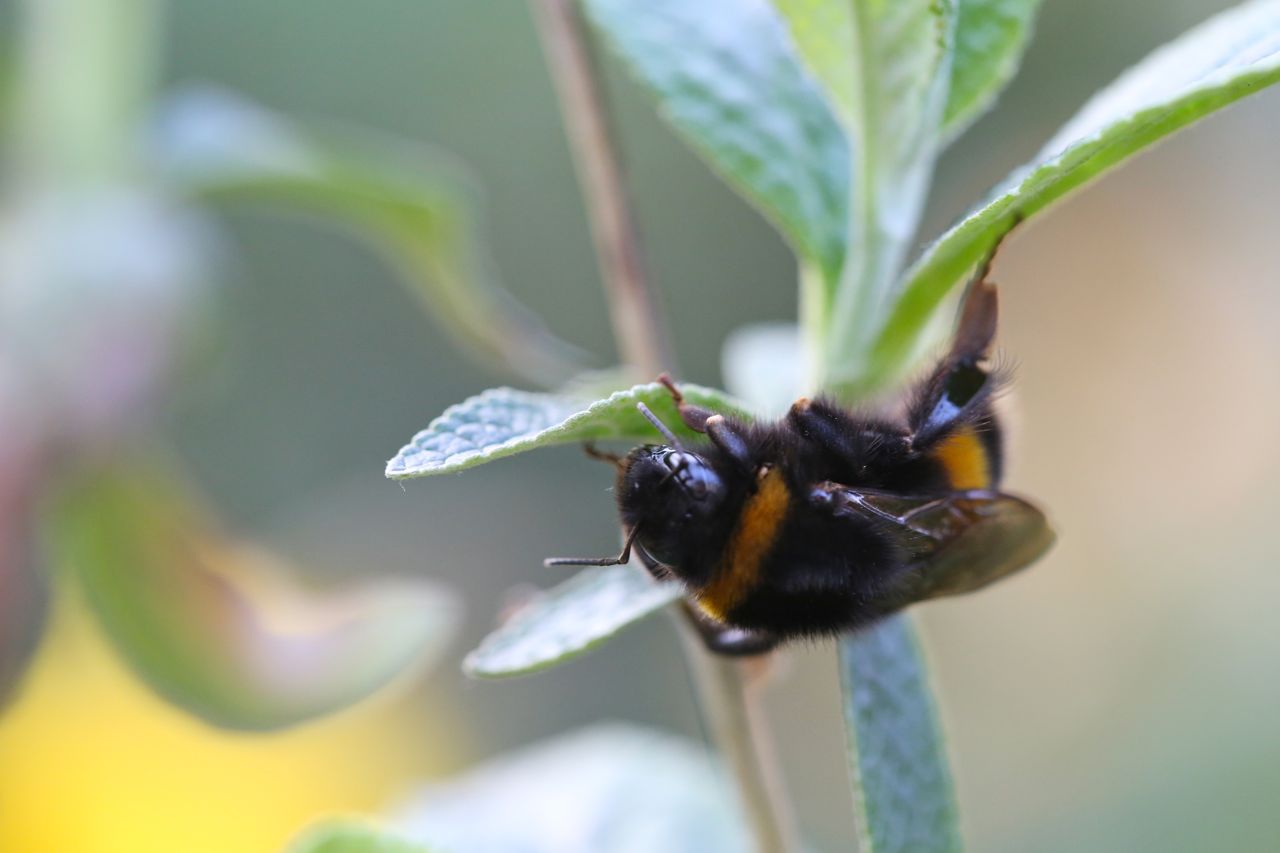 -- Yesterday I was weeding the garden when I spotted this huge bumblebee hanging beneath a leaf on our butterfly bush. He seemed to be asleep. I was working around the bush, and after leaning over it realized the bee was no longer there. He was on my shirt! I brushed him off, panicked, and then he seemed stunned and I was afraid I'd killed him. I put him back on the butterfly bush, and soon enough he was crawling around again and found his same spot beneath the leaf.

-- Someone at work donated all nine seasons of Seinfeld on DVD to the library. We're not really cataloging DVDs anymore, though, so rather than put them in the charity box I grabbed them. (I'm not sure about the morality of that, but it's a very Seinfeldian question, isn't it?) Dave and I have been watching them each night. I miss that show. 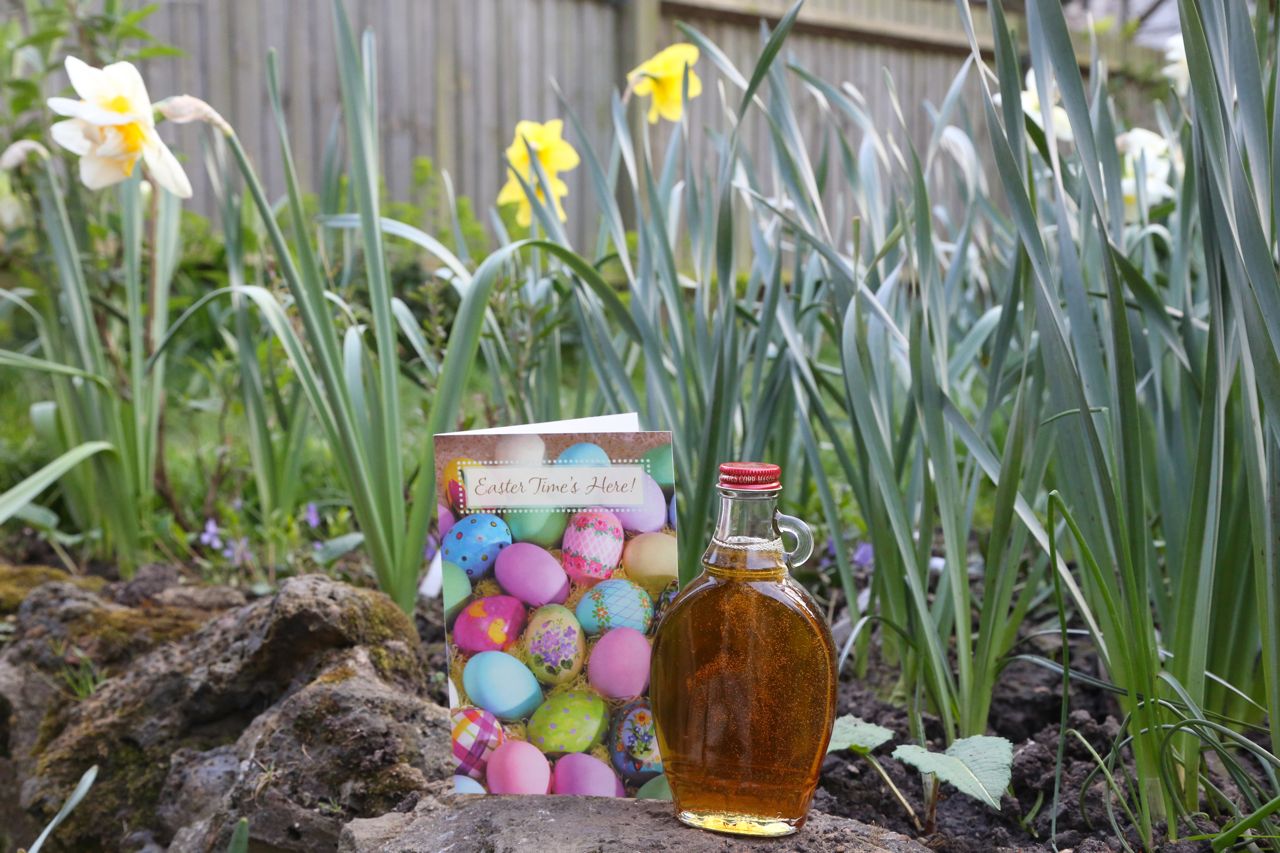 -- Dave's sister sent us maple syrup (real, homemade maple syrup) for Easter! We were going to eat some last night but Dave decided he didn't want to make pancakes so we had Chinese takeout instead. (Without syrup, obviously.) We'll do breakfast-for-dinner another evening.

-- I just read a disturbing article from last September about predictions that the human population will reach nearly 11 billion people by 2100, higher than previously estimated. (And possibly as high as 13 billion!) Much of the growth will be in sub-Saharan Africa, where Nigeria alone is expected to go from 175 million to 900 million people. ("Of the people added to the planet in this century, according to the U.N., one in five will be Nigerian," the article says.) It's difficult to process those kinds of numbers, and what they will mean for the remaining wildlife in Africa, not to mention the rest of the planet. I came across this article because someone linked to it from a recent related piece in The New York Times, about some European countries encouraging pregnancies as a way to combat an aging population. If there's any positive news from these pieces, it's that readers of the Times, in the comments section, were uniformly aghast at the notion that anyone would encourage more births.
Posted by Steve Reed at 6:13 AM