A Gorgeous Day, Despite Broken Wi-Fi 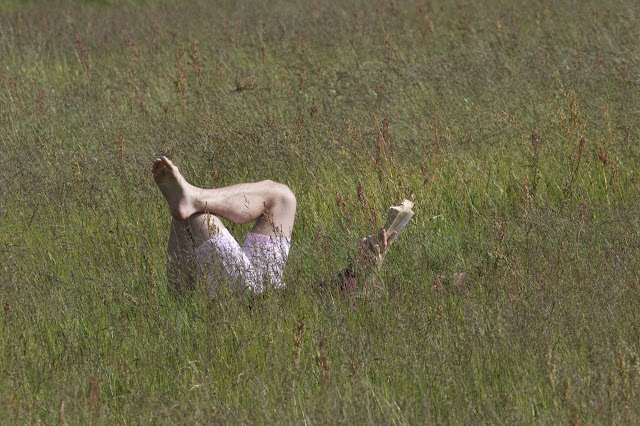 Coming to you today from Cafe Nero, because the Internet at our house has spontaneously gone bust. We lost our connection yesterday and I called our provider, and they confirmed a fault somewhere in our line. They're sending an "engineer," as the British call repair people.

Olga and I had a fabulous afternoon yesterday. The sky was blue, the temperatures cool but not chilly, the air fresh. We joined the hordes of people at Hampstead Heath. 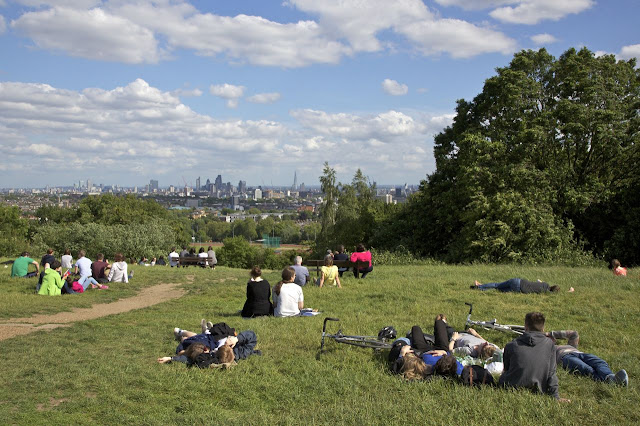 Parliament Hill was packed with visitors checking out the views of the London skyline. (When Dave saw this picture, he said, "It looks like a bike crash!") 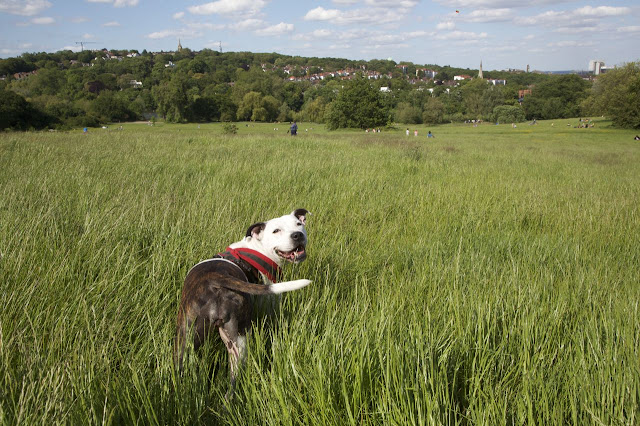 Olga appreciated the wide open spaces and the long grass, where she could roll and run. She leaps like a gazelle when the grass is high. It's pretty funny to watch. 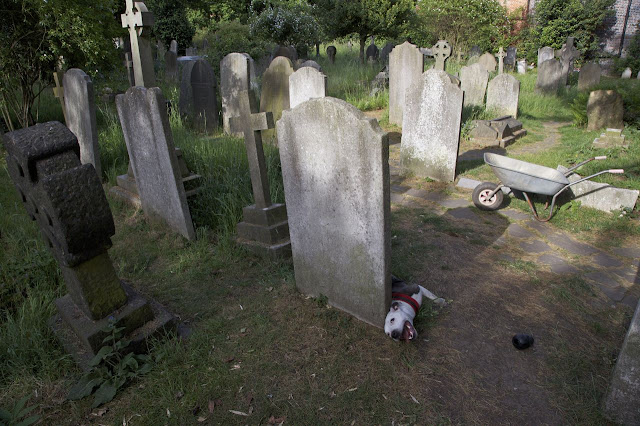 Then, on the way home, we stopped at the cemetery, where she happily scratched on someone's tombstone. That's the best use of a tombstone I've ever seen -- and maybe the only real reason to buy one, to give friendly dogs a place to scratch their itches.

Our friend Carolyn and her 5-year-old daughter visited this weekend, and they spent yesterday out and about in London. They were very low-maintenance guests, and by this time they're probably already on their way back to Belgium. Dave, meanwhile, spent yesterday in the garden, and last night -- partly to keep Zoe occupied -- we all watched "The Sound of Music."

Today, Dave and I had lunch with our friends Mike and Sally and Anna and Lawrence, in Greenwich. I am a bit bleary-eyed from the long schlep to South London, a long lunch and having to search out Wi-Fi after getting back home. One smart move: I took our laundry out, in order to avoid using our crippled machine, which we are still trying to get fixed. It was pretty terrific to pick it up on the way back from lunch, all clean!

My posts may be a bit later in the day this week, until we get this Internet problem sorted out!
Posted by Steve Reed at 6:18 PM