Here's To Being Home Again! 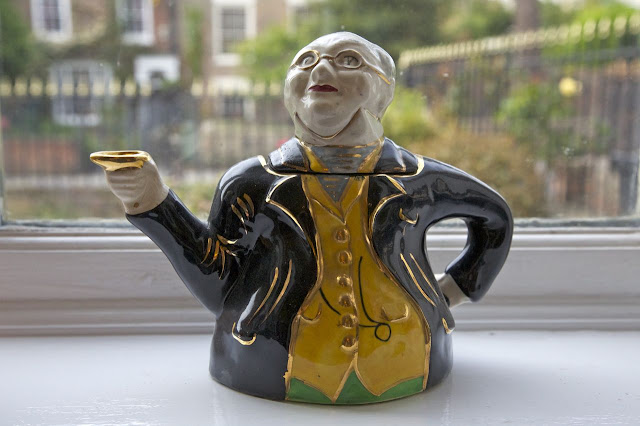 This teapot sat on the windowsill in the breakfast room at our guesthouse in York. I was looking at it yesterday morning and said to Dave, "It looks like someone from Dickens. Like maybe Mr. Pickwick." I turned it over, and lo and behold, it was marked on the bottom, "Mr. Pickwick proposes a toast" by Lingard pottery. I've never even read "The Pickwick Papers" but I guess I've seen enough representations of him in illustrations!

I sort of liked him, but Dave thought he was creepy. 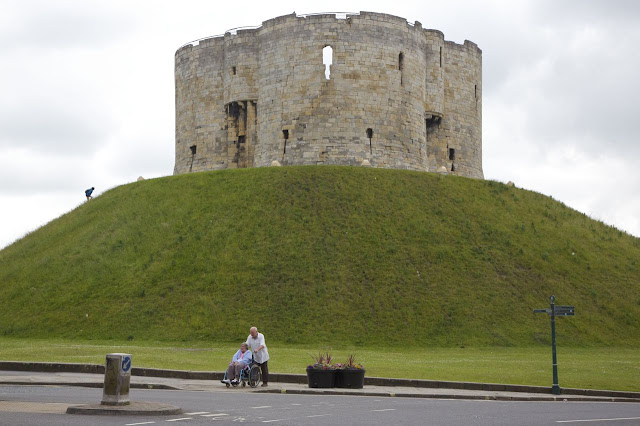 We were out and about in York yesterday morning. We walked the dog down to a nice park on the riverbank, but because of her obsession with eating goose poop we had to get her away from there pronto. We walked over to Clifford's Tower, the last remaining part of York Castle, initially built by William the Conqueror. (This present structure dates from the 1200s.) We didn't go in; we just walked around the base of the mound. 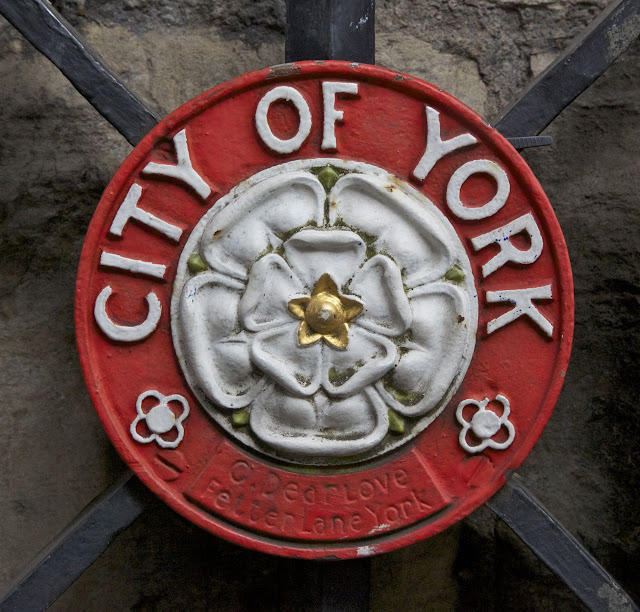 And as I suspected, we were surrounded in York by reminders of the Wars of the Roses -- the symbolic white rose was everywhere. Even though I just went to Leicester a few months ago and read all about the battles at the Richard III Visitor's Centre, I had to read about them again in York to remind myself what happened. For some reason I just can't keep the details in my brain.

After walking through town, Dave and I found a cafe where we sat with Olga and watched the other tourists and interesting local characters. 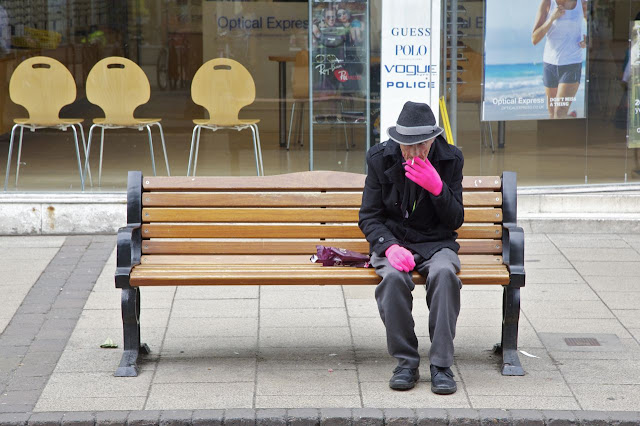 We caught the 1 p.m. train back to London, which mercifully was an express and made no stops before King's Cross. Amazing! We were all so happy to get back home. I did laundry, Dave took care of the garden, and Olga slept on the couch all afternoon and evening, apparently exhausted by traveling and the change in routine. At heart, animals are creatures of habit and they are most comfortable with what they know. (People too, I suppose!)
Posted by Steve Reed at 7:00 AM

Hurray for being back to routine! (I'm also an animal of habit, at heart.)
I think the War of the Roses is so hard to remember because it was a whole lot of privileged men playing war games with real lives, and in the end it was a senseless struggle for power.

Well, I adore the Mr. Pickwick teapot. He is absolutely a gem.
I've read so many historical fictions about those times. War of the Roses, all the Richards and Henrys and I can't keep one detail straight. They're all named the same thing!
I, like Olga, like Mwa, am a creature of habit. Even when we go on vacation, I like to stay in places we've stayed before, eat at the same places we've eaten at before...it's like I just fit my routine into a new setting with different details. It is who I am.
Welcome home.

What a cute little teapot and kudos to you for figuring out who it depicted. And, I love the guy in the pink gloves. I do love to travel but, it's always good come be home. Then you can relax and plan your next adventure.

Oops, that was me above. I made a boo-boo in my comment and had to redo! ;)

think Mr. Pickwick is adorable! I read a lot of historical fiction too, Ms Moon, of that time period. Seemed like they were always fighting. Funny how men have always fought over land and power. Greed, I guess.

It's always good to get home!

The last pic is my favorite. Love the composition and the pop of color in the man's gloves. Super.

Glad you had a nice trip and I saw your note about the book. Thanks.