Horsetails, and Other Mysteries 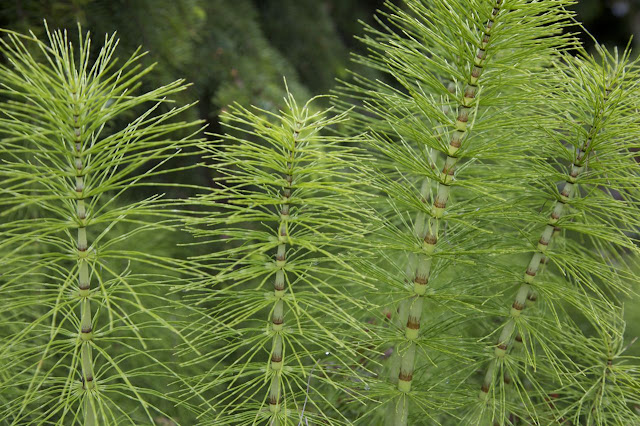 These are horsetails, prehistoric plants that have been called "living fossils." I came across a thick stand of them in the cemetery while walking Olga. I think they're pretty cool. They were growing densely, even out into the lawn, and only after reading about them did I realize they're considered an invasive garden pest. Well, I guess that's why they've been around such a long time -- they're very fit in the Darwinian sense! 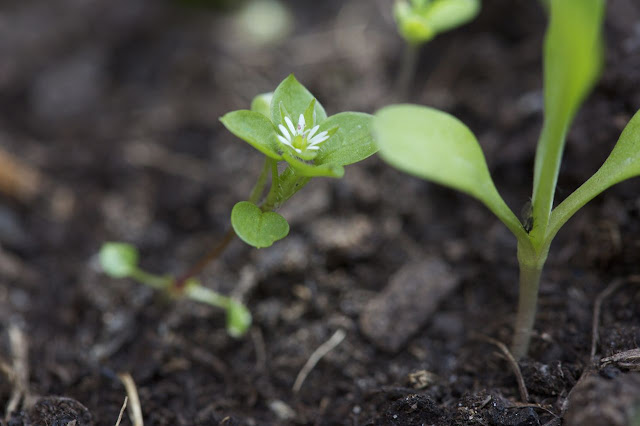 I may have mentioned that I planted an envelope of wildflower seeds in some of our pots on the patio. They're just tiny sprouts now, but this one is already blooming! Unfortunately the squirrels have repeatedly visited the pots and churned the ground over a couple of times, digging for god knows what, so I'm not sure what's going to grow to maturity. Supposedly there are poppies in the mix -- I'd love to have some poppies. 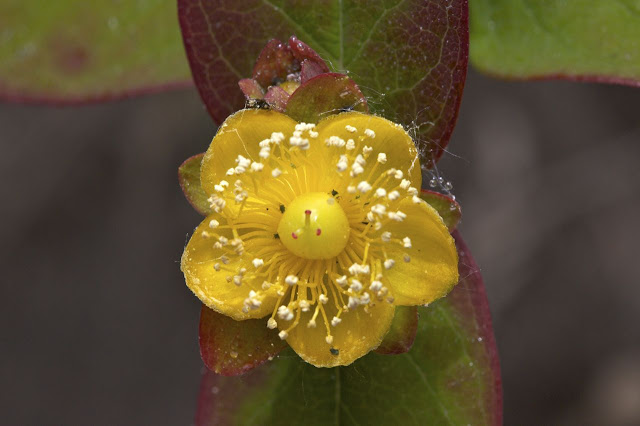 This is a flower on one of our St. John's Wort plants, which were growing here naturally. (Well, we didn't plant them, and they're growing in some unlikely places, so I think they're natural or at least garden volunteers.) 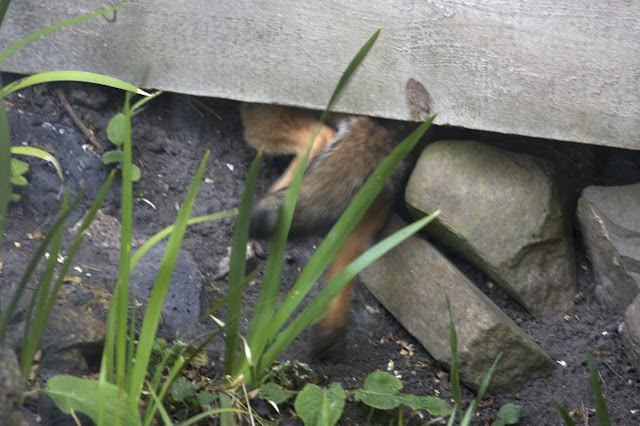 And finally, I keep trying to photograph our little fox, but that guy is so quick and timid he's hard to capture. This is the best I could do -- his back end disappearing beneath the fence to the neighbor's property. We've seen him up close many times, though, running back and forth across our patio by the back door. His tail is filling out a bit.

Why won't he pose like Fred Fox up in Yorkshire? Maybe he does during the day when we're not around.

The appliance repair guy came yesterday and sorted out the washing machine. He simply tightened a couple of pipe joints, and when I ran a load last night I saw no evidence of leakage. The dishwasher, on the other hand, may have breathed its last -- he said some circuit boards were fried, so the landlord will have to decide whether to try to fix the machine or get a new one. I have a feeling I'll be doing dishes by hand for a while.
Posted by Steve Reed at 6:36 AM