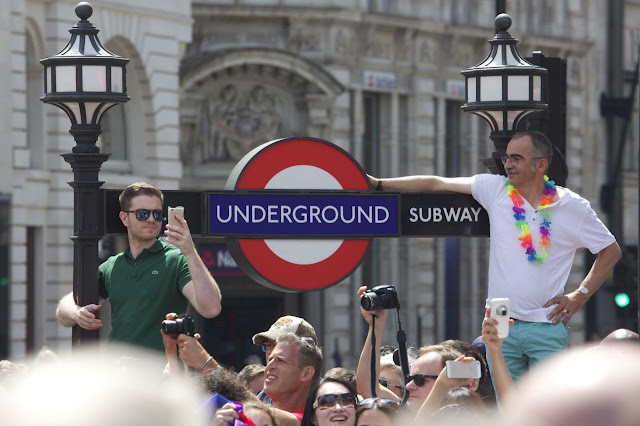 As promised, I went down to the Pride parade and festivities after French class yesterday. I got there just in time to see the beginning of the parade turn the corner at Oxford Circus onto Regent Street, and the crowds were dense. I couldn't get close enough to see much of the parade itself, but I had a great time wandering through the throngs of spectators and taking photos. 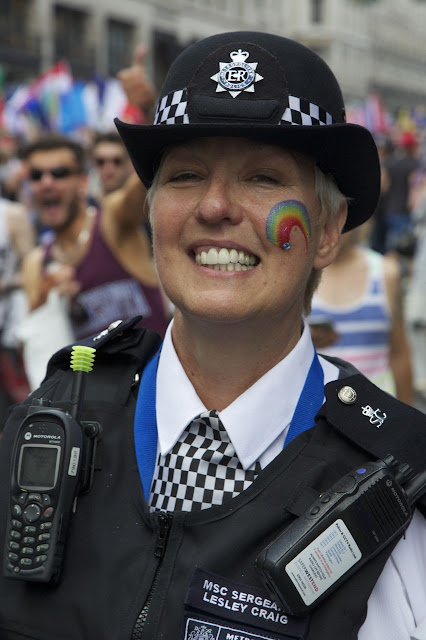 Everyone was in on the festivities... 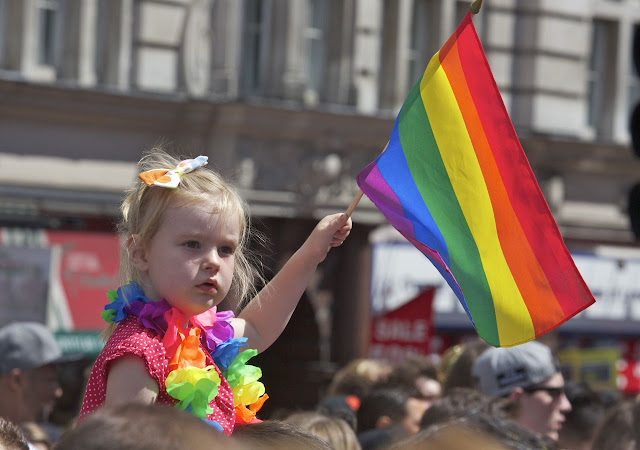 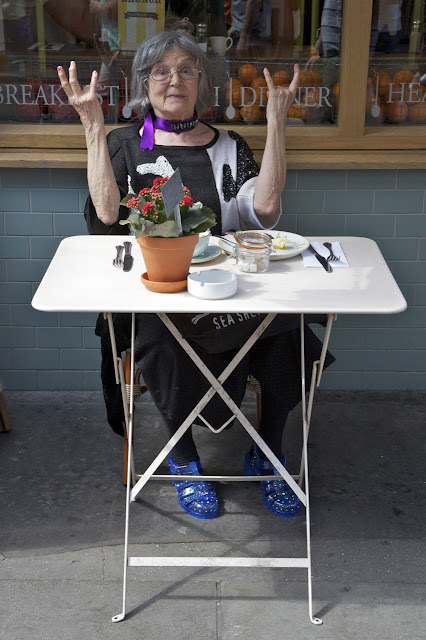 ...to the not-so-young. This lady said to me, "I'm a revolution!" I agreed with her, but I should have said, "We are all a revolution." 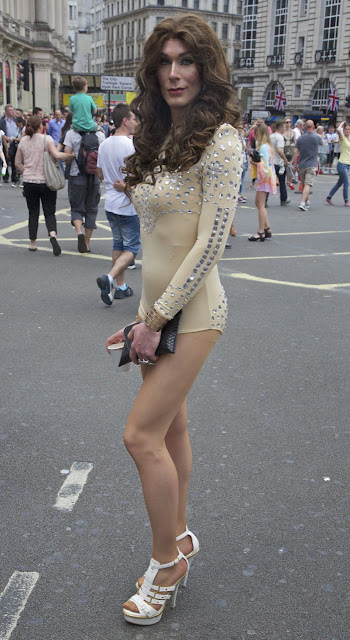 And of course, there were dignified drag queens... 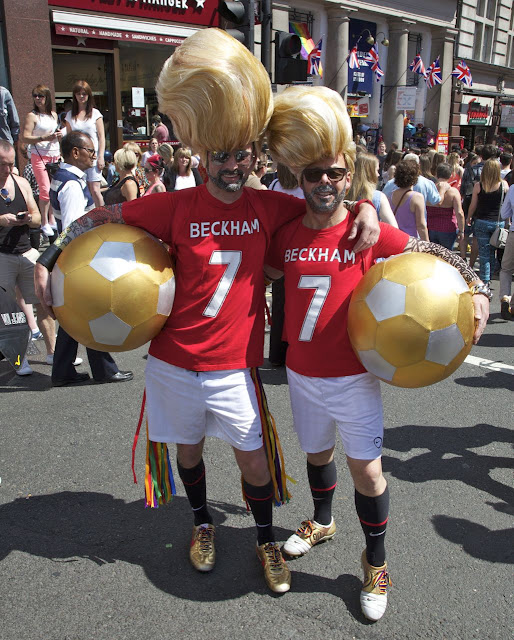 ...and various other costumed individuals. 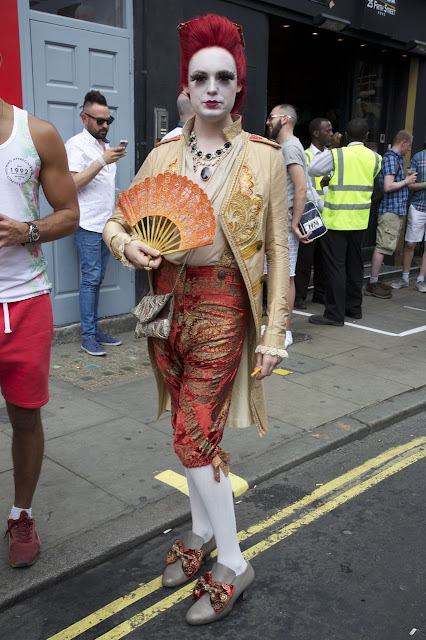 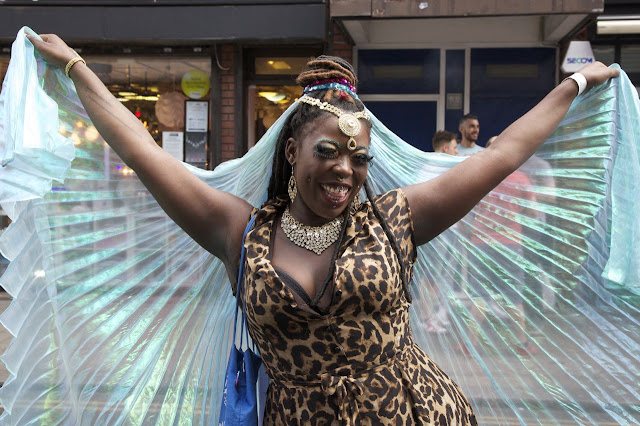 False eyelashes were definitely at a premium.

I wandered around for a couple of hours before coming home and collapsing. I did see a couple of U.S. flags waving, presumably a reference to the Supreme Court's decision on gay marriage. It has been a week to celebrate!
Posted by Steve Reed at 6:54 AM