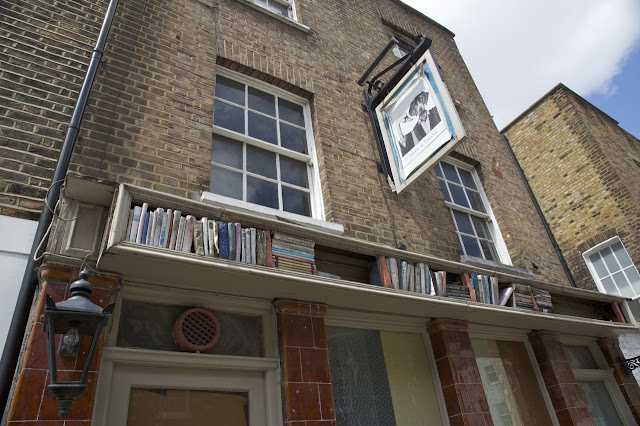 Here's an interesting shopfront I found in Marylebone a few weeks ago, around the corner from where I take my French classes. I'm not sure about the outdoor bookshelf. Something about all those moldering tomes makes me wince. 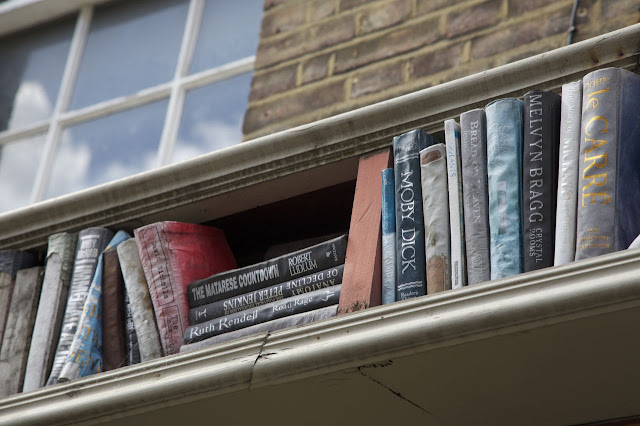 Apparently the inside was just as unusual. This was a pub called Swan & Edgar, named after an old Piccadilly department store, and it closed in 2013. Before then, according to Wikipedia, it was known as the "smallest pub in London" and featured a bar and interior decor made of books, and a bathroom floor paved with Scrabble tiles. And then, of course, a developer bought and closed it with the intention of turning it into housing. 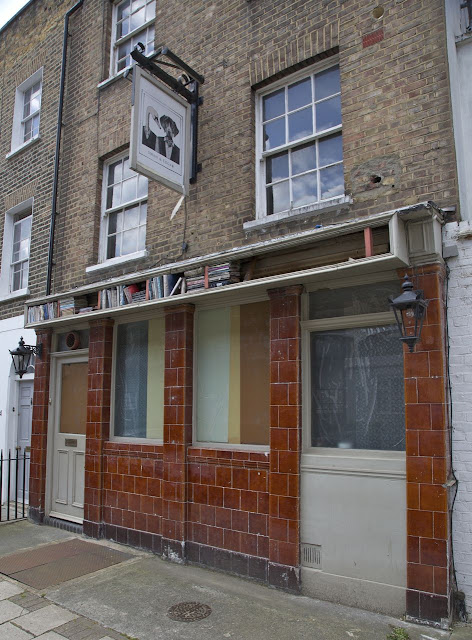 As I've written before, this is a trend among our London pubs. We've lost two of our favorites in St. John's Wood near work, The Star and The Clifton, both to proposed residential conversions. And, of course, there was the horrible case of the Carlton Tavern, which was demolished on the eve of a preservation order with no warning and no permission by developers who have now been ordered to rebuild it, brick by brick.

Anyway, the Swan & Edgar is still an interesting facade, but I'm guessing that bookshelf will be coming down when it's turned into a house.
Posted by Steve Reed at 6:43 AM

That's so cool, starting with the name. We have these little libraries over here, set up almost like dollhouses or doghouses at the end of driveways. People can stop and pick up a book or donate one. They all look a bit run down, but because we have no rain, there's no mold! I hate hearing of the "development" -- it seems to be everywhere --

I still very much want to do a little bookshelf like Elizabeth talked about. I agree with you though- those poor books, slowly dying in the wet.

I'm still stuck on a bathroom floor made of scrabble tiles! Wow!

I wonder if I would have spent extra long in the bathroom trying to figure out words in the tiles? :)

Im with paddington.......mind blowing
And potentially rather rude and fun

I would love to get a peek inside, especially at those Scrabble tiles.