Larvae, and Other Miscellany 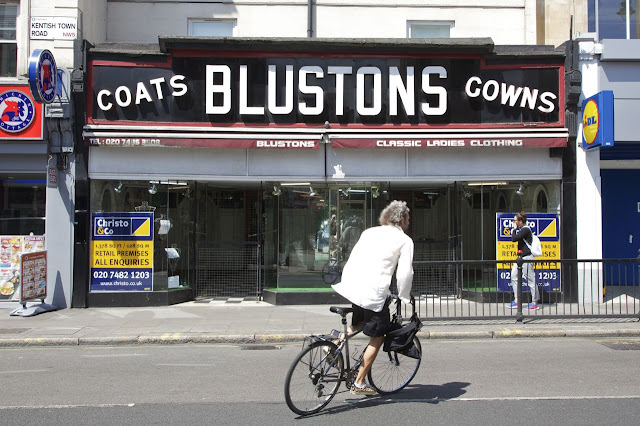 Here's another photo from my Kentish Town walk on Tuesday. I photographed this shop once before, three years ago when it was still open. It closed permanently in March after 84 years. The Guardian did an interesting article about it here. Apparently the shopfront is listed as a historical landmark, so how that will affect any new occupants of the space, I'm not sure. It's really a shame that no one talks about "gowns" anymore. Such a great word.

So it goes, as Kurt Vonnegut famously wrote.

Yesterday was pretty mellow around here. I worked around the house and garden in the morning and read in the afternoon. Dave had to go to school to inventory instruments, which he's been doing for the past few days, but now that job is winding down too. We still have new plants to get in the ground, so there's plenty of work here to keep him busy! 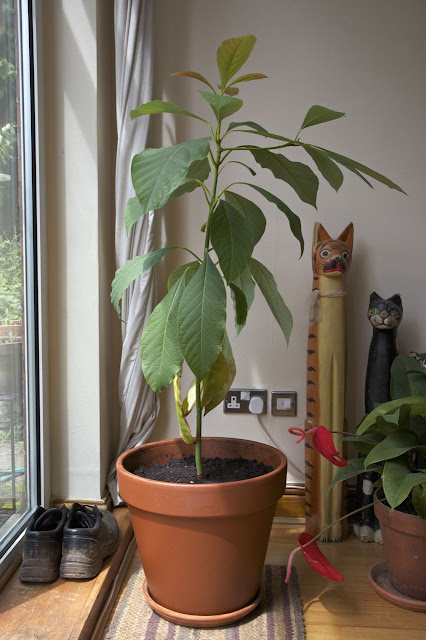 This was my main task -- to repot the avocado. We ordered this massive clay pot -- actually, two of them, because the first one broke in shipping -- and yesterday I hoisted the plant from its old pot into the new one. Then I had to dig it out and reposition it because I initially potted it at an angle, which looked terrible. Et voila! This pot is about as big as we're ever going to be able to offer, I think, and ought to get the tree to ceiling height. It's so heavy I can barely lift it.

Hard to believe that plant started out as a seed! 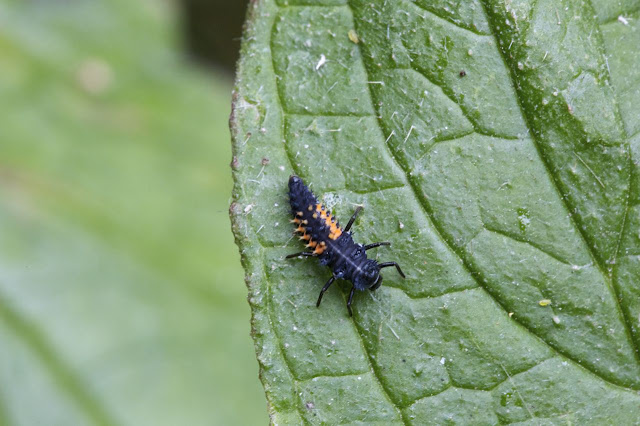 Here's our latest gardening conundrum. (I swear this isn't turning into a gardening blog. At least, not exclusively.) I was going to clear the masses of borage that have grown up at the back of our garden, because they're old and ragged-looking and collapsing under the weight of their own stems. But then I found these little critters crawling on the plants -- ladybug (or ladybird, if you prefer) larvae. So now I can't clear the borage. I've got to give these guys a chance to grow up!
Posted by Steve Reed at 7:23 AM