A Lack of Papier Hygiénique 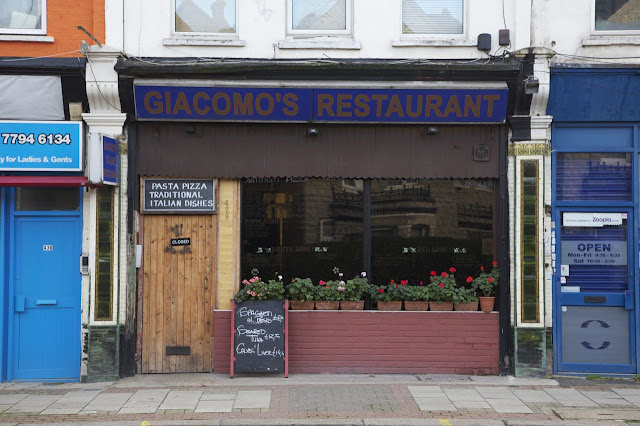 We've had another named storm -- this one Desmond, which blew in from the Irish sea over the last few days and flooded parts of Cumbria and Scotland. Once again, here in London we've only had high wind.

Apparently this year is the first that British storms have been systematically named, in a program that's supposed to raise public awareness about dangerous weather. Back in September, the government office in charge of such things asked the public to generate a list of names for winter wind storms that are deemed likely to cause significant damage. Somehow I missed Abigail and Barney, which have already come and gone. If we have a rough enough winter to get to the letter S, we'll have a storm Steve!

Yesterday turned into pretty much a full day of eating. After French class I went with my classmates and our teacher to a French restaurant in Marylebone. It was a nice little place, but the service was, shall we say, leisurely and we were there for about two hours -- plenty of time to work through virtually every conversation topic that could arise among seven people who barely know each other. We didn't force ourselves to speak French to each other -- probably to our teacher's annoyance -- but I did speak French with the waiter, and I told another staff member in French that the bathroom was out of toilet paper. So there's that.

Then, last night, Dave and I had our friends Gordon and Donna over. Dave spent the day cooking and we wound up with a four-course meal involving lamb shanks. (The original plan was pig's trotters stuffed with chicken and sweetbreads, but the butcher failed to debone the pig's trotters as Dave requested, so he had to make some last-minute menu changes.)

I think I'm going to eat super-light today. Like, maybe lettuce. Or All-Bran.

Finally, I have good news about the Great Harness Conflict. The dog boarder sent us the bill for boarding Olga over Thanksgiving, and it turns out she took the harness off the tab. Apparently my strongly-worded e-mail convinced her that she shouldn't charge us. I'm surprised she knuckled under, but I do think it's the right thing for her to do.

(Photo: A neighborhood restaurant in Child's Hill, near West Hampstead.)
Posted by Steve Reed at 8:01 AM

Hurray for the kennel owner! Score one for Steve!
My husband just got a new smoker. For meat.
He's like a child at Christmas with a new toy.
Sigh.
I have a feeling there is going to be a lot of smoked meat around here.
Jesus.

I had to look up pigs trotters. I think I would have been happy with the lamb shanks.

The storm is pretty severe in some places in England and Scotland. I certainly hope they don't get to Storm Steve. That would be a busy season indeed.

Glad you got satisfaction on the boarding bill. How is it that some people feel justified in being so pushy and unfair to begin with?! It makes nicer people need to push back - quite an uncomfortable thing for some of them.

just read an article about the Inuit and how the earth's wobbling has made a change to them way up north, Caused by mother nature and earth quakes and such, The sun now comes up in a different place than ever before and is higher in the sky. So, storms are bound to be more and more dramatic. Giving them names is ...cute.We have a name to blame for the table flying off of the deck and into the car...Great that the boarder did the right thing, you helped her become a better person!

When Storm Steve arrives I think it will just waft around like a gentle breeze and then there will be a little drizzle. On the other hand Storm Pudding will be a mighty event of biblical proportions. The Shard swill be blown over and both Brighton and Southend will disappear under a massive tsunami wave.