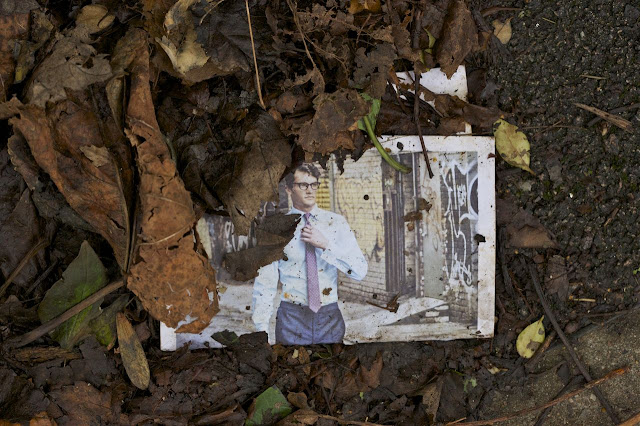 Apparently the rain and wind that we've had in London the last few days are from a storm named Clodagh, which blew in while Dave and I were coming back from Lisbon. I didn't realize we even had named storms in England -- I'm pretty sure this is the first I've seen. Why it gets a name and others don't, I'm not sure.

Anyway, Clodagh seems to have subsided now. It doesn't sound very windy out there this morning. 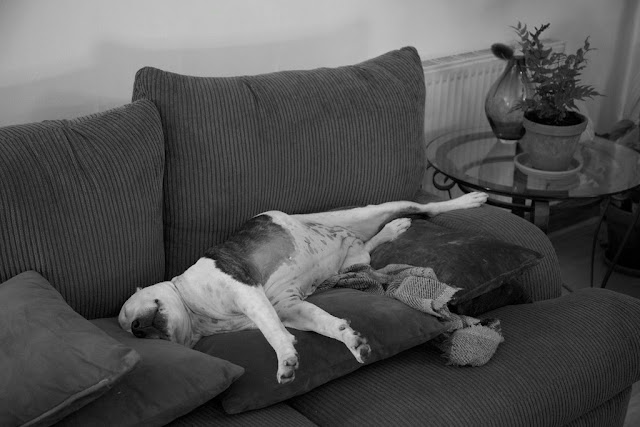 And look who's home!

Olga was delivered yesterday afternoon as promised, and promptly collapsed against Dave and fell sound asleep. She slept all night like a rock, waking only long enough to eat some of our pizza crusts. (Yes, we had take-out pizza last night, for reasons that will shortly become apparent.) She's always like this when she comes back from boarding. I think she never really relaxes there and so doesn't eat or sleep well. She's still in bed as I write.

She also usually needs a bath when she comes home, but this time she'd been bathed. I told Dave, "They're going to bill us for that. Just watch!"

Although she was delivered as planned -- along with her new harness and collar -- her leash and old harness were not. So of course I had to call the dog boarder and then travel over to White City, in west London, to pick them up. As Queen Victoria apocryphally said: We are not amused. It took an extra hour out of my evening and I didn't have time to grocery shop, hence pizza for dinner. I was afraid I was going to be roped into a conversation and/or debate with the boarder about the forced purchase of the harness, but fortunately I didn't see her and I got in and out of there relatively effortlessly.