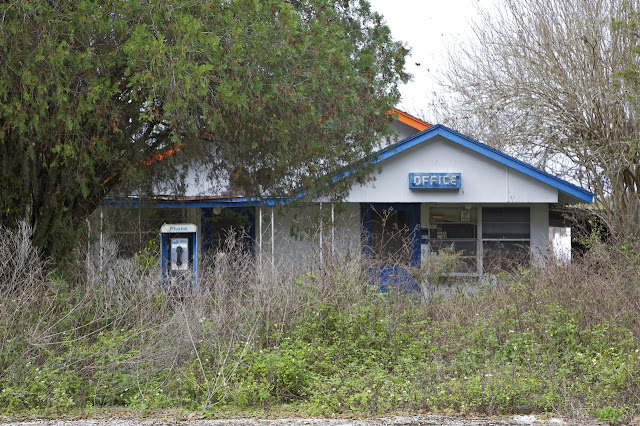 Well, that was a quick Jacksonville jaunt. Dave and I are back in the Tampa area now, having driven down yesterday.

And a tedious drive it was! Normally we take the older highways, like U.S. 301, to get up to Jacksonville, because from where my mom used to live they were the most direct route. But since we were coming back down to Bradenton, I decided to do it all via Interstate. I knew it would be less interesting but I hoped it would be faster. 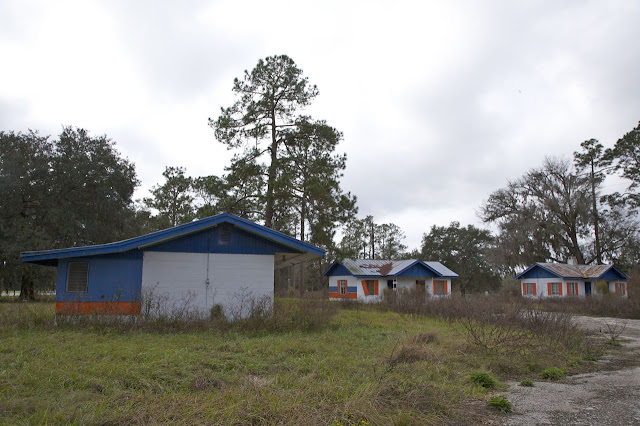 As it turned out -- no. Five hours later we rolled into Bradenton, having endured several mysterious stop-and-start traffic jams between Disney World and Tampa. I was reminded that in Nigeria, traffic jams are called "go-slows," and that's exactly what these were. We all just went slow for a while, for no obvious reason, as if held back by a giant magnet or Star Trek tractor beam.

We thought maybe the kiddies were flocking to Disney for the Christmas holidays, but the Disney exits themselves didn't seem all that busy. So who knows what was going on.

We did see one accident, involving an overturned horse trailer, on I-95 just south of Jacksonville. Fortunately the horses were standing and grazing by the side of the road, their reins held by a woman, next to the battered trailer. Everyone acted as if it were the most normal thing in the world to graze horses on the shoulder of I-95. I don't know how the horses took the wreck so well. I told Dave, "Thank god they're OK, because if I'd seen injured horses, I don't think I'd ever get over it." 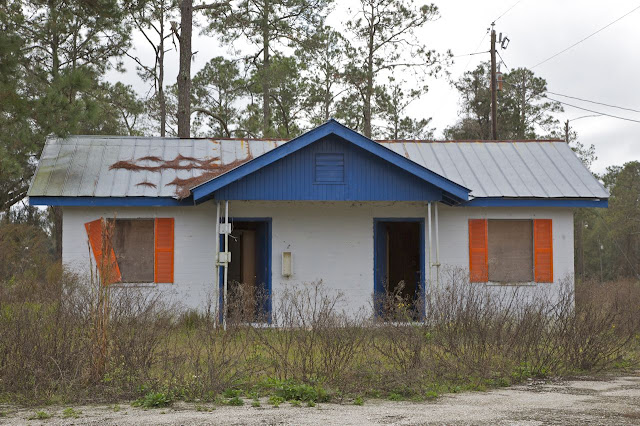 Anyway, now we're with Dave's parents in Bradenton. They live on the water in Cortez, an old fishing village, and I spent about an hour yesterday sitting by the bay trying to get a picture of a jumping mullet. They were coming out of the water all around me, but of course when one jumps, there's not enough time to aim and shoot before it's back in the water again. So I tried simply aiming my camera at a patch of water and waiting. So far that hasn't worked, though I had some close calls. I may resume that challenge today. (It's like fishing with a camera!)

I love the photos of the abandoned "mom and dad" motel. When I close my eyes I can almost see and hear the visitors who passed through that place before the big corporate motels took over. People with stories, staying just one night before moving on to who knows where. I wonder where those people are now.

When we took our month long vacation years ago driving up to Portland for a wedding and then returning through the southwest whenever we wanted to eat or stop for the night we would pull off the interstate and into the towns looking for small mom and pop motels and eateries.

and the mullet. when we were kids my brother had a small boat and we would putter around in the bay. one time a mullet jumped and landed right in the boat. they were considered trash fish back then but I think I read somewhere that people eat them now.

I'm just learning now about Florida. We've bought a small condo in Venice and are DYING to get down there, but it's not ready yet. So funny that's the area where you are. Life's connections still surprise me.

Everyone was on the road to get home or to another relative's house. Like you and Dave! Somehow I did not realize that Dave's family lived in Florida too. How could I not know this?

It sounds like a harrowing ride, I'm sorry. I just love your photos. That motel, with it's blue and orange accents, is cool.

The mysteries of driving on interstate highways, I've seen it many times. I love the old motel shots.

I too love this photo. The concept of fishing with a camera is oddly appealing as well.

Fishing with a camera! Ha! It seems very Zen somehow.

What about aiming at one spot and then just clicking continuously? Surely you'd "catch" something!