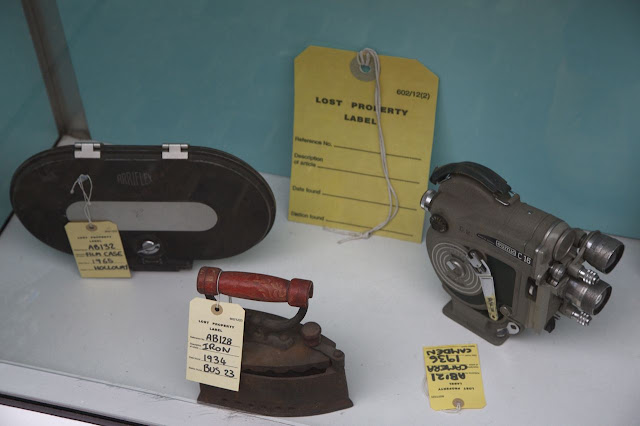 Every Saturday morning, on my way to French class, I pass the Lost Property Office for Transport For London (TFL), the agency that operates all the tube trains and buses. There's an interesting assortment of objects in the window, bearing lost property tags from years gone by. 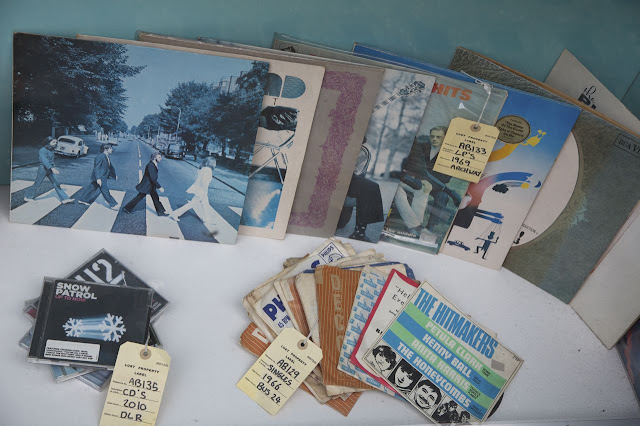 There are stacks of records -- singles of Petula Clark singing "Downtown" and Anita Harris singing "Trains, Boats and Planes," supposedly lost in 1966, and albums including "Abbey Road" from 1969. (I say "supposedly" or "ostensibly" for the dates because I'm not 100 percent sure these items were really lost that long ago. There's an ABBA album in that stack of records, for example, that didn't come out until 1977. But maybe I'm nitpicking.) 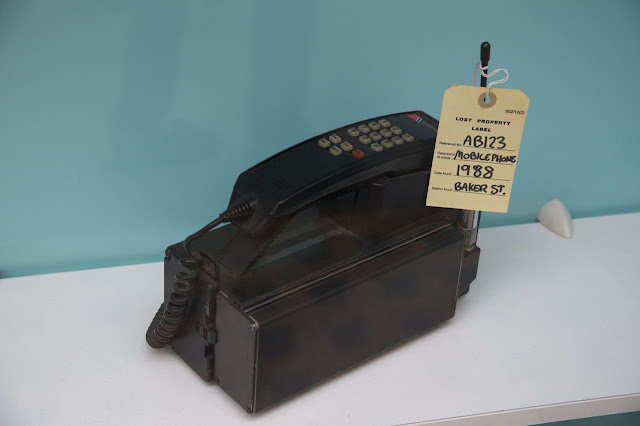 Time Out London did an entertaining article about the Lost Property Office back in 2007, revealing that it contains trays of pink false teeth, racks of umbrellas, and items including wheelchairs, pushchairs (strollers), crutches, prosthetic limbs and mannequin parts, and even breast implants. Apparently most items stick around for only 30 days or so, after which time they're donated to charity. 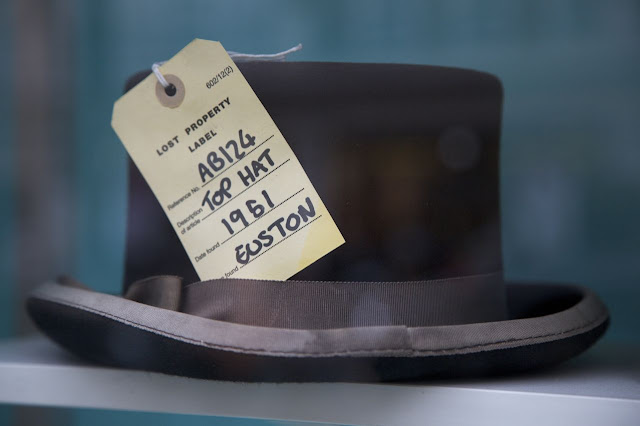 Presumably, then, these are some of the oddities that they decided to keep. 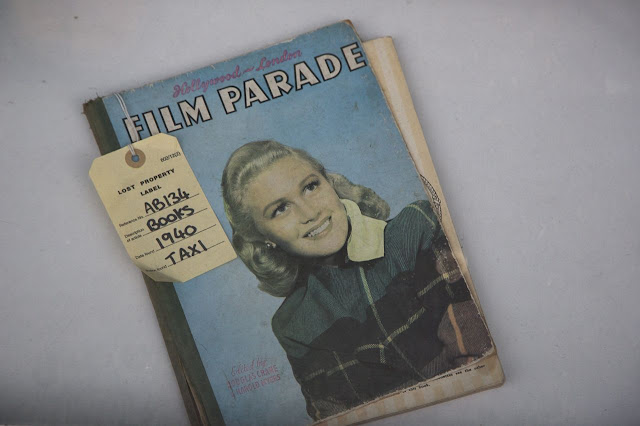 They're quite possessive about them, too. There's a sign in the window saying that none of the items are for sale. But why not, if it would help pay expenses for TFL? Seems to me they need an eBay account!
Posted by Steve Reed at 6:56 AM