Bring Me No Flowers 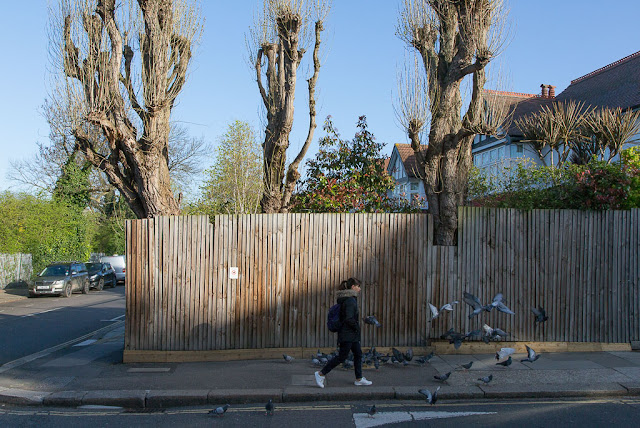 Isn't it a tradition, a requirement even, to bring people flowers when they're in the hospital? I always thought so. But Dave's coworkers wanted to send him something, and they clued me in to the flower prohibition -- so they asked what they should send instead.

I talked to one of Dave's nurses and she confirmed that although cut flowers are prohibited, a plant in a pot is OK. That seemed strange to me, but I figured maybe they were trying to avoid the profusion of vases and messy water spillage that bouquets would bring.

So I told Dave's coworkers to send a plant, and yesterday, Dave got a beautiful live anthurium in a ridiculously large box. We unpacked it and put it on his bedside table, where he was able to enjoy it for about two hours before a different nurse came in and said plants weren't allowed either -- for infection control reasons.

So I brought the plant home. Sigh.

Hopefully it won't matter much, because Dave may soon be joining us here at home. Yesterday the doctors decided to keep him another night, even though he feels much better, has no temperature, is becoming an increasingly curmudgeonly patient and seems to be eating and drinking relatively normally. (For someone who's just lying in bed all day.) Apparently they're concerned about a protein level in his blood test that indicates his body is still under some stress -- even though his white blood cells are normal.

My hunch is that a cost-conscious American hospital would have kicked him out days ago. The British appear to be more civilized about this kind of thing.

We watched "Auntie Mame" on DVD over the last two nights, each of us with a pair of headphones plugged into my laptop with a cable splitter I checked out from the school library. I plan to stop by the hospital again today after French class -- which apparently really does begin this week.

(Photo: Despite the tiny sign on the fence reading "Please Do Not Feed the Pigeons," someone always feeds the pigeons on this street corner near our house.)
Posted by Steve Reed at 6:28 AM

Well, at least it's a lot easier to pack up and come home without vases of flowers to worry about.
Said Pollyanna.

Understand about the flowers, there are many who have allergies and hospitals are brimming with all sorts of pathogens on top of that. Not only for cost reasons and understaffed nursing- hospitals here have created gigantic petri dishes that are uncontrollable using antibiotics. created a monster! We watched a VICE program last night re: this very thing - new drugs to fight bacterial infections can not be found because the only forests where new plants can be found, have been burned to plant Palm. Infections , like Mrsa, no longer respond to the antibiotics on hand. No news to you I am sure but I had no idea! I do hope that Dave is home now, and stays well.Best wishes!

Dave will be able to enjoy the plant when he gets home. Glad that will be soon.

You are right about American hospitals. I had what most people would call major surgery on Dec 1st. and I was home on my couch on Dec 2nd. It's interesting how different employees have different perceptions of the rules. I think the plant was a wonderful gift and hopefully he'll be home very soon where he can truly enjoy it.

American hospitals will keep you as long as the insurance is paying out. when that stops they're bouncing your butt out the door which is probably best for the patient anyway, the shorter the stay the better, because what Linda Sue says.

We too ran into various interpretations of a single rule when my father was in and out of the hospital the last years of his life. One that made my blood boil was the two visitor limit in the ER. For that hospital stay, my dad was extremely ill with pneumonia, hadn't slept for two days and nights, and was having delusions which made him very restless and having to be watched constantly (by me, since the staff couldn't be there full-time). He was in a two-patient room off emerg, waiting for a bed on the medical floor, and the patient there had seven or eight visitors, not rowdy but still fairly loud. My father had just gotten to sleep, so I asked a nurse if she could enforce the limit on visitors so as to give him some time to rest. She refused. I asked why they had posted signage if they wouldn't enforce it. She insisted that the other patient had a right to his visitors. I said I was only asking for them to visit two at a time. Eventually I physically turned my back on her. I am not a confrontational person but I learned to step way out of my comfort zone to protect my dad. It was so frustrating to deal with staff who were too concerned about their own likeability to follow the rules that had been put in place to protect very ill patients.

Oh, wow. I didn't know I could still get that upset about something that happened at least five years ago ...

I'm glad Dave is feeling so much better! Olga will be glad to see him, I bet.

Good heavens--I step away from my feed reader for a few days, and all hell breaks loose! I'm sorry to hear Dave is in the hospital, but happy to hear he's doing better. I hope he can come home soon, where he can enjoy flowers and plants alike.

well, here flowers are legit! Over there? I think they don't have heart.

I'm glad Dave's home. Give him my best. Fingers and toes crossed for the upcoming surgery.