Spring on the Trash Path 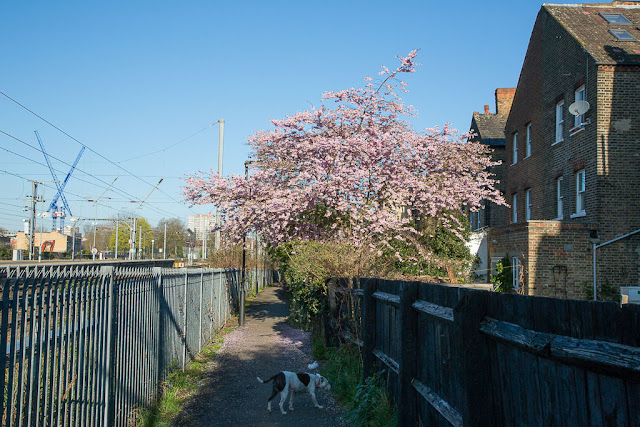 Olga and I walked the Trash Path again on Sunday morning. With the coming of spring it's actually looking pretty good -- at least as good as it can ever look, given that it's right next to the railroad tracks and burdened with litter. 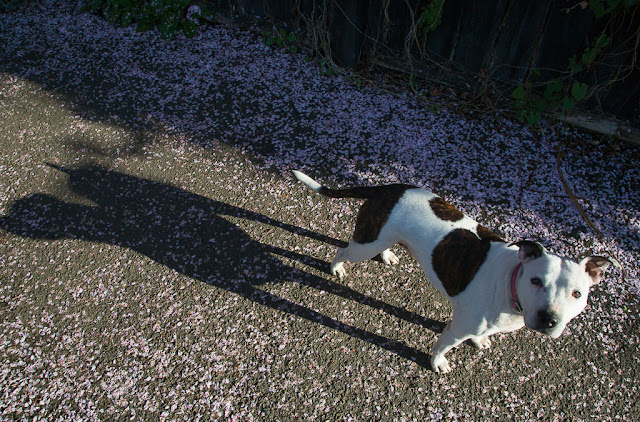 Olga with cherry blossoms and sunshine -- a rare sight! 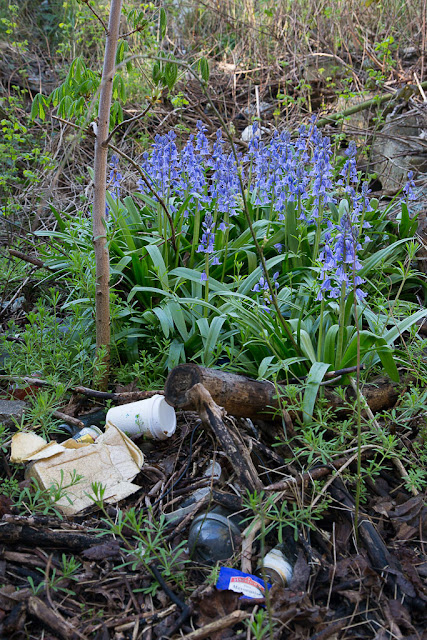 Even the litter looks better when it comes with bluebells.

As we walked, Olga got all excited at the sight of the yellow Coles Express football I photographed earlier. We've walked past it lots of times, but for some reason, on Sunday it caught her eye, and she whined and pawed at the fence in an effort to get at it.

So I got a stick and retrieved it from behind the fence, and gave it to her. 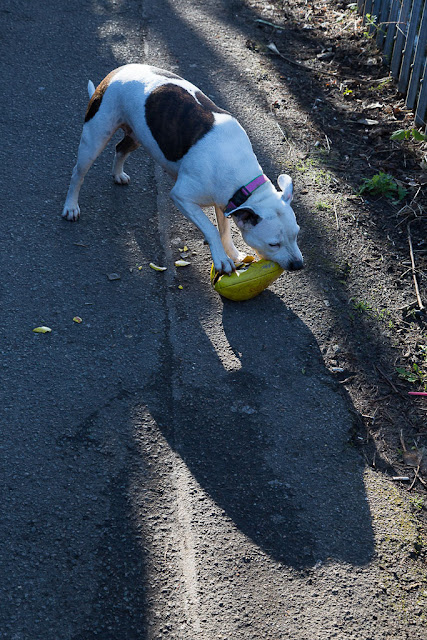 She gnawed it to pieces in about two minutes -- which wasn't hard, since it had been sitting out in the sun and weather, probably for months, and was completely brittle. She didn't seem to mind.

By the way, Dave returned home on Sunday night from his school trip to Germany, so our little family unit is reunited once again. He and the students came back on a bus -- at one point he texted me that he was in the bus, which was on a train, which was in a tunnel under the English Channel.