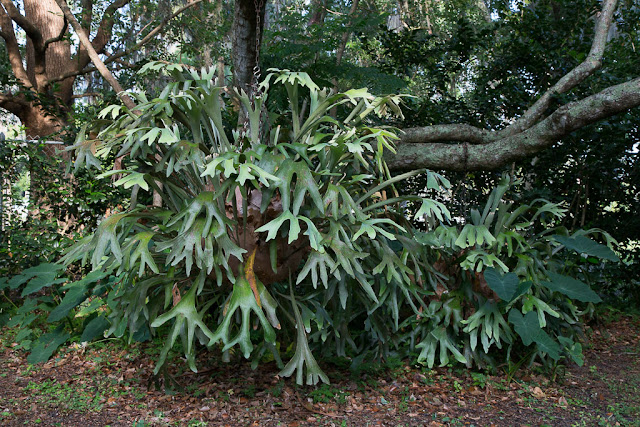 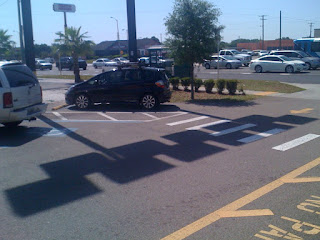 After all that effort at composition, I think I would have posted the letter anyway!
I'm happy to hear that your father's doing so well.
And grits! I haven't had grits in ages, which is silly because there's no state law in Massachusetts declaring that I just couldn't make some!

so happy your Dad is on the recovery road! Grits...yum!!!

That staghorn is amazing.
So is the Waffle House, when you need it.

that staghorn is gorgeous. I have a little bitty one but it is growing. glad your dad is improving. and I haven't had a waffle in ages.

Good to hear that the improvements continue. I'm sure your dad is happy you are there.

Nice to know your Dad's improving...Haven't had a big breakfast like that in ages...Best to you, Dad and family.

I eat grits regularly, but I haven't had waffles in forever. I must remedy that! So glad your dad is doing well. And what is up with you & that French class?

Never had grits ... but I do like a good cornmeal muffin. Not the same at all, I know!
Glad things are going well there and you're getting some visiting time at least.

Great that your Dad is doing well. All nighters aren't as easy as they used to be!

I looked grits up on Wikipedia and it is not at all what I expected it to be. I imagined that it was going to be something with hard bits of corn, maybe mixed with bacon pieces and bacon fat, but it seems that it is similar to porridge or African polenta . So pleased to read that your Dad is recovering well from his brain surgery.