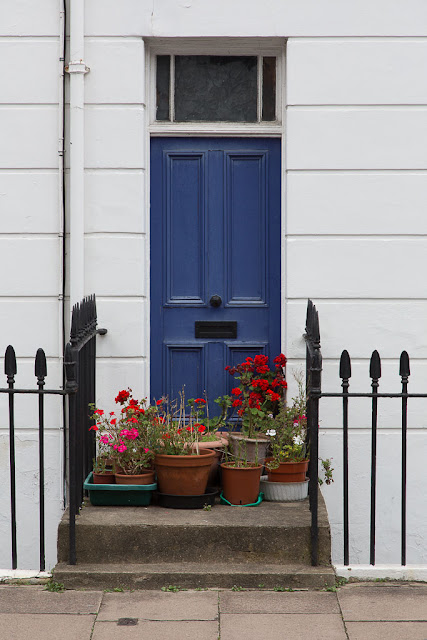 I swear, it's like winter around here this week. We're having lots of gray skies, intermittent rain and temperatures in the 50s and 60s. I'm wearing a sweatshirt. Every time the sun peeks through for a brief second, I think, "I remember you!" -- and then it's gone.

Our banking drama is done. We have now fully migrated to an account where we won't be charged monthly. So that's a relief. Our lease renewal, meanwhile, remains in limbo.

The disaster that is Brexit continues to unfold, as it will for months and years. The financial industry is discussing which city should replace London as Europe's financial capital, with the attendant departure of thousands of jobs. Meanwhile, Boris Johnson won't be our next PM, which is fine with me.

Honestly, I don't have much else to tell you. I spent yesterday in the garden and on the couch, reading William Finnegan's surfing memoir, "Barbarian Days," which I'm loving even though I know nothing about surfing. I don't think I've ever touched a surfboard, much less ridden one. The book conjures up a mythical time and place in American culture -- Southern California and Hawaii in the 1960s -- and it's a classic example of the fact that a good writer can make any story interesting.

Have you heard about the woman in Maiduguri, Nigeria, who has an Instagram account on which she posts pictures of local residents? It's sort of like Humans of New York, Nigeria-style. She's trying to bring some positive recognition to a corner of Africa that has been ravaged by violence and Boko Haram. It's pretty remarkable, and I love the fact that a woman is behind it -- I'm impressed by her courage.

(Photo: An unused doorway at a house in Pimlico, on Tuesday. Well, unused for ingress and egress, anyway -- the geraniums apparently enjoy it.)
Posted by Steve Reed at 7:35 AM

I've been wanting to read that book for years. Thank you for reminding me.

How was the book you just finished? Came to find the title and found you had moved on to another...That is a courageous act for a woman in Africa. Will have to check out the link.Best to Dave.

When saw that photo I thought such a neat and tidy entry way but how do they use it. I guess they don't. Thanks for the link to the woman in Nigeria. I started to follow her too. I hadn't heard about her but, I love the idea.

You're having cold weather while we have a heat wave ... too bad things couldn't be more even around the world! And thank you for the new word - ingress.

I wish I could exchange 80 degree sunshiny days for quite a lot of your rains. June has been very dry here in CT.
I feel such distress for the situation in the UK. Too many people not really aware of what they were voting for and politicians floundering.
I do hope your lease gets sorted for you.

Brexit holds a lot of interest here too. as you say it will take time before everything shakes out.

Brexit. The on-going story. Where (or when) will it end?? And everyone (OK, I'm generalising here) has an opinion. And what price Boris Johnson?

Thanks for the Instagram link. Wonderful photos - tragic stories. There is a pattern to the placement of people in her photos.

Ms Moon: It is an excellent book! You'd love it, I think. And Elizabeth would too.

E: Do you mean The Mandibles? I liked it a lot! I definitely recommend it, though there is a lot of financial-industry lingo, especially toward the beginning.

Sharon: Isn't it a great idea? I love it when people try to show off the good in a bad situation.

Jenny-O: I never thought about weather as a problem of distribution, but it kind of is, isn't it? :)

Cheryl: 80 Degrees and sunshine sounds AMAZING, but the grass is always greener, isn't it? Yes, Brexit is a mess. And ironically, the less well a voter understands the situation, the more likely they are to be hurt by it, I think.

Red: Yes, this will go on for ages. I hope it goes on so long that we never do anything!

Alphie: Apparently she started out emphasizing positive stories, but found that people responded more to the sad ones (even sending donations to the families). So she's been doing more of those, too. I must admit I don't really understand what happened to Boris and why he was so quickly torpedoed, except that he had no plan for moving forward. Which isn't a small thing, admittedly, but I'm not sure Michael Gove or Theresa May or anyone else has a plan, either.