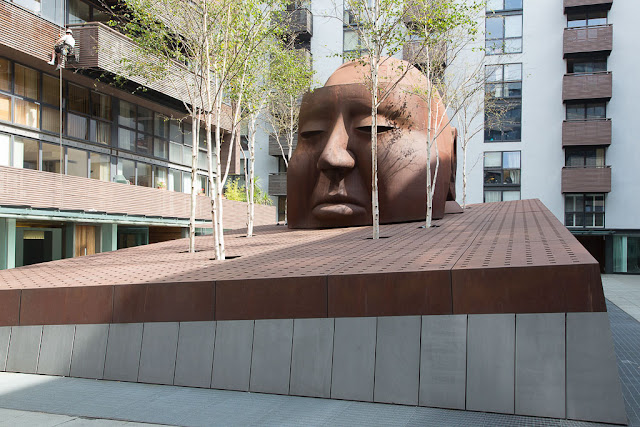 Yesterday I took a photo walk through Islington and Shoreditch, with a goal of finding the Gainsborough Studios, where Alfred Hitchcock launched his career as a director way back in the 1920s. Today the property consists of apartment blocks around a courtyard featuring a huge bust of Hitch by sculptor Antony Donaldson.

Seeing this photo, Dave said he would have guessed the sculpture was of Buddha -- an apparently common mistake. Buddha usually doesn't look quite so downcast, though. 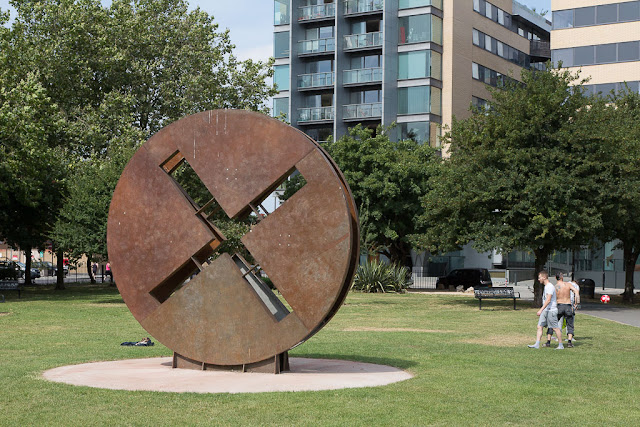 Hitchcock only worked in the neighborhood for a short time, before moving on to new digs in West London and then, of course, to Hollywood, where some of his biggest films were made. Still, the area is full of Hitchcock references.

Across the street in Shoreditch park, there's a metal disc called "Hitchcock's Reel." The park itself is a huge open space left over after German rockets flattened houses in the area during World War II. 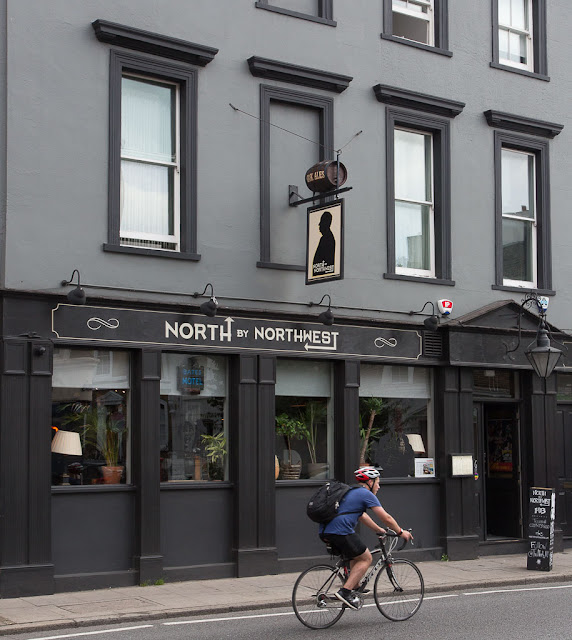 I didn't go in this pub, but I would be tempted, despite the intermingling of Hitchcock films. (There's a neon "Bates Motel" sign in the window, and the screaming face of Janet Leigh is etched onto the glass!)

The last Hitchcock film I saw was "Rear Window," I'm pretty sure. Dave and I have it on DVD and watch it every now and then. I haven't seen any others in ages, and in fact I'm not a huge fan of some of his later ones. "The Birds" always struck me as a bit silly. Anyway, maybe it's time for a household Hitchcock film festival!
Posted by Steve Reed at 7:03 AM