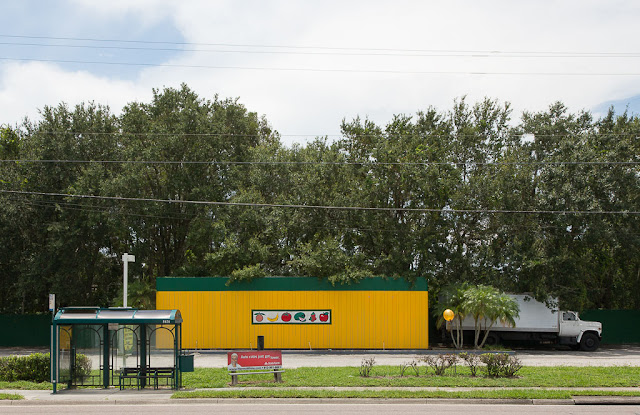 We've been making progress on our tasks. We've taken several boxes of clothes to charity -- all my dad's denim, his cowboy hats, what seemed like a dozen pairs of stray reading glasses found here and there. The nursing company came and reclaimed the oxygen machine and tanks, the wheelchair, and some other pieces of medical equipment.

We were left with several boxes of stuff they wouldn't take -- unopened medical supplies and a few pieces of equipment, like the fancy cushion we bought for dad's wheelchair, still in its container. I called a local hospice thrift store and though they said they may not be able to resell everything we have, they'd donate the rest to a doctor who does mission work. So I'll take everything to them tomorrow. (I'm not talking about medication -- that's been disposed of already.)

I think it makes my stepmother feel better to clear the house of all such evidence of illness. Which is understandable.

Today we're going to take a fun road trip down south somewhere -- Sarasota, Venice maybe. I think she could use a change of scenery. 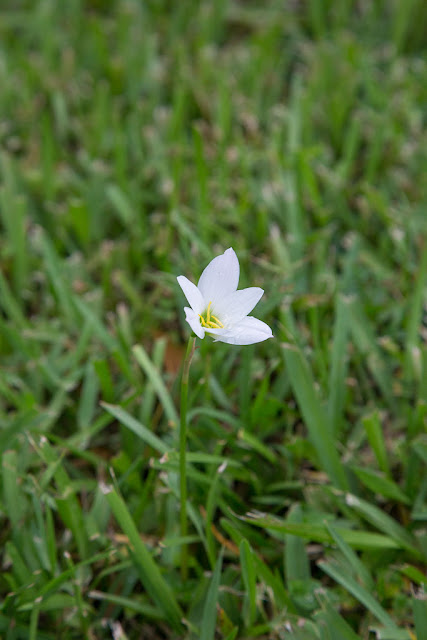 These rain lilies have been popping up in the lawn. Even though I grew up in Florida, I don't remember ever noticing these plants before last year, when I found some pink ones near my mom's house. Apparently they're related to amaryllis, and they're native to temperate America, including Florida. I don't know how I never saw any before I reached my late 40s! Anyway, they're a nice surprise after a rainstorm.
Posted by Steve Reed at 11:48 AM

When we are young, we miss so many details of the world around us. Good to hear you are getting on with your "tasks".

You deserve to come upon some lilies after the rain.

Yes. I have just started noticing those too! Perhaps they haven't always been here? Or, where we have been, anyway.
What a dreary task you are having to do. It just is. I'm glad you're going to get out of the house to do something fun today.

A day trip sounds like a great idea! Enjoy!

You are making good progress. Your stepmother will appreciate the time away, I think. Have a good day trip.

I hope the day trip is a good remedy for you both. What size is your dad's cushion? I know some places that might take stuff like that.

Your stepmother must be so glad of the assistance and finding a good use for the supplies.
I hope you all had a good day trip.

Have too many cicktails together

I remember these tasks. Good for you for finding a place to donate the medical supplies. Enjoy your road trip.