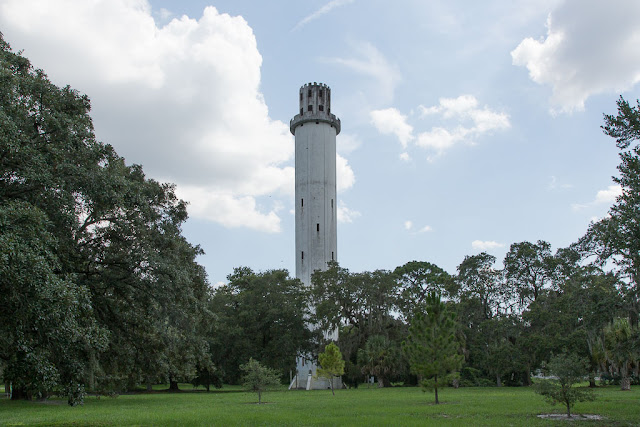 This is one of our historic Tampa landmarks, the Sulphur Springs Water Tower. More than 200 feet high, it's easily visible from several of the main roadways through town, including the Interstate, so everyone knows it.

It's one of my earliest memories of the landscape of North Tampa. Although I've driven past the tower a million times, I'd never really stopped in to see it. When I was younger it was on private land, with a drive-in movie theater nearby, and it wasn't publicly accessible. (Plenty of people found their way in, based on the graffiti that covered it back then.) 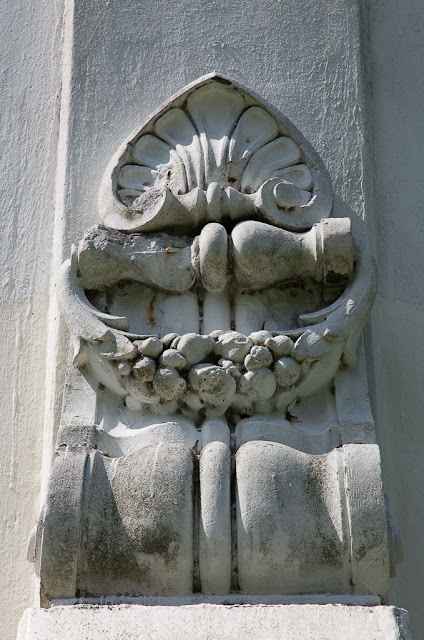 It was built in 1927 atop an artesian well to bring drinking water to an adjacent hotel and commercial development. Sulphur Springs itself was a resort where Tampanians would come to swim and escape the city center. 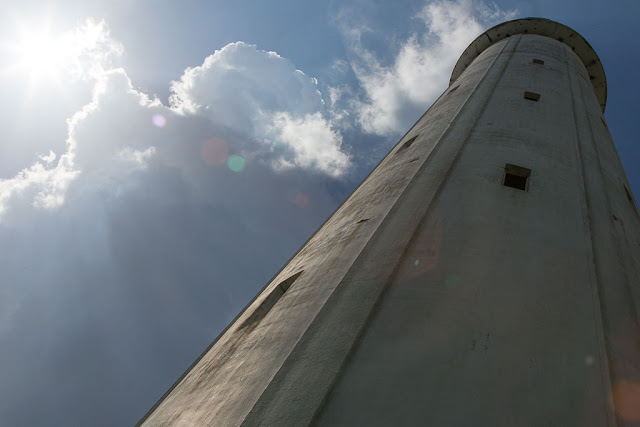 Although the businesses it was built to serve went bust not too many years after its construction, the tower functioned as a water tower until the early 1970s. Since then it's been vacant. I once read that it provided habitat for bats, but I'm not sure that was an officially sanctioned use!

Yesterday, to take a break from our Dad-related tasks, I drove down to get a closer look. I found that the formerly private property is now a city park, River Tower Park. Turns out, Tampa bought it in 2005, cleaned up the tower and installed a walkway along the adjacent Hillsborough River. What an improvement! 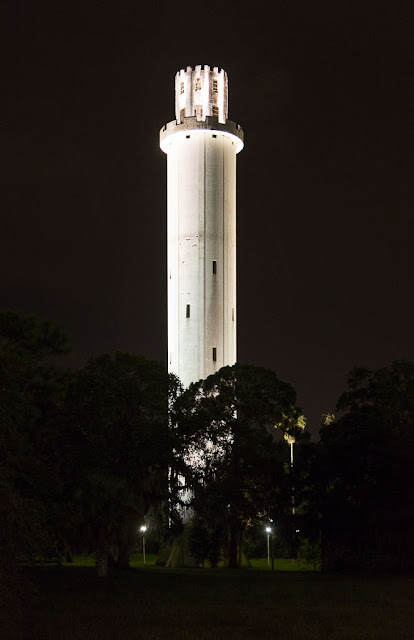 It's even illuminated at night, and it's so locally famous that the McDonald's across the street has a little crenellated turret on its roof, mimicking the tower's crown.

You still can't climb the tower -- you can only walk around the base -- but a drone video on this web page (complete with cheesy music) shows what the view looks like from the top. Pretty cool!
Posted by Steve Reed at 10:11 AM