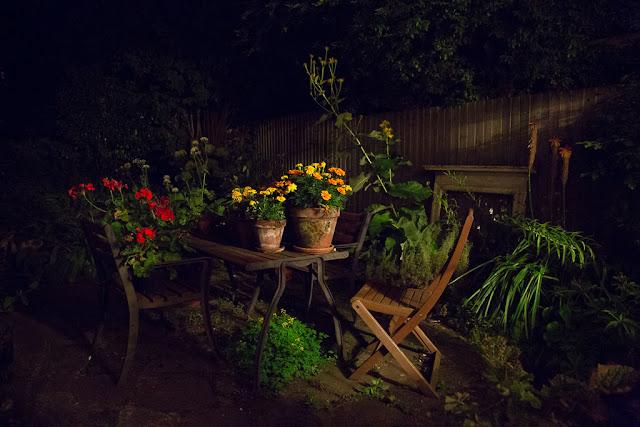 I experienced the weirdest collision of political worlds, watching Donald Trump and Nigel Farage together on the same stage in Mississippi. My nightmare! What the heck is Nigel doing campaigning for Trump? Why does he care who wins the U.S. presidential election?

Basically, I think, it's payback for the Democrats. Farage was miffed when Obama came to the U.K. and urged voters not to support Brexit. Now he's returning the favor by talking down Hillary Clinton and trying to bolster Trump.

Admittedly, there are similarities in the messages of the Trump and Farage -- primarily concerns about immigration. "Just as Trump has done in this country, Farage and his party appealed to deep-rooted racism and xenophobia, and made limiting immigration a central issue," wrote John Cassidy in The New Yorker. It was also interesting to hear Farage speak against corporate interests, especially since I don't see Trump as exactly anti-establishment in the business sense. If anything, he represents corporate interests, doesn't he? He's a multimillionaire property developer. Farage, for that matter, is a commodities trader. They're faux populists. But whatever.

It's a very strange year in politics.

On a lighter note, we're about to have a three-day weekend here. This is the weekend of the Notting Hill Carnival, which, needless to say, Dave and I are not going near -- having had our fill when we lived in Notting Hill. We're opting for a quiet weekend, especially after Thursday's bacchanal.

We've just jumped onto the "Stranger Things" bandwagon on Netflix. We're two episodes in, and we love it so far!

(Photo: Last night I was about to go to bed when I noticed the light from the bedroom windows spilling out onto the patio.)
Posted by Steve Reed at 8:07 AM