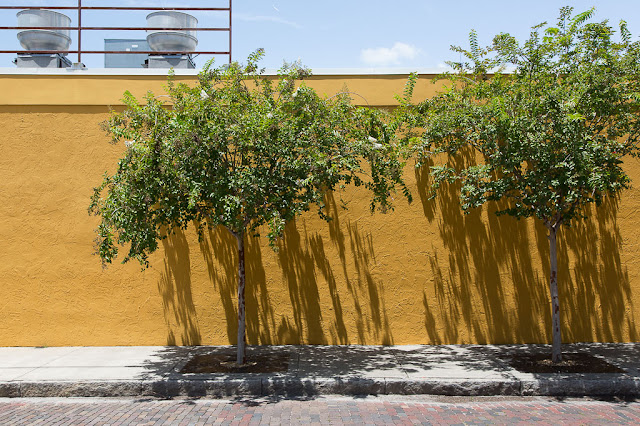 My dad had a glass or two of cheap red wine, a Chilean brand called Gato Negro, every night after dinner. He drank it in a rocks glass with an ice cube. We all teased him about it -- how he'd been "bitten by the cat."

When he died, he left behind two unopened cases of Gato Negro, as well as a big ol' unopened bottle of Jack Daniels. (He also liked manhattans, though in recent years he abandoned the niceties of the bitters, vermouth and cherry, not to mention the martini glass, in favor of a bit of Jack over ice. That was his before dinner drink.)

Yesterday my stepmother and I took that booze back to the booze store, where she got a refund. In a way, that was the saddest thing I've done this week. 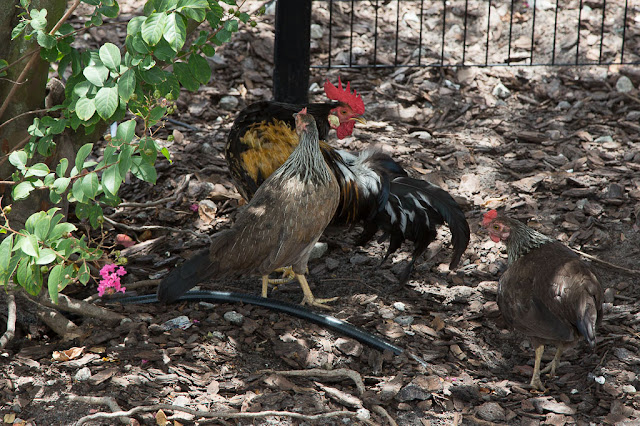 After running our errands I drove down to Ybor City, Tampa's historic Cuban and Italian neighborhood, to meet my friend Cherie for lunch. As I was parking the car, I kept hearing a rooster crowing -- which seemed a bit strange in the middle of the city. I found this little flock (is three a flock?) scratching around next to the railroad tracks. They reminded me of Ms. Moon. 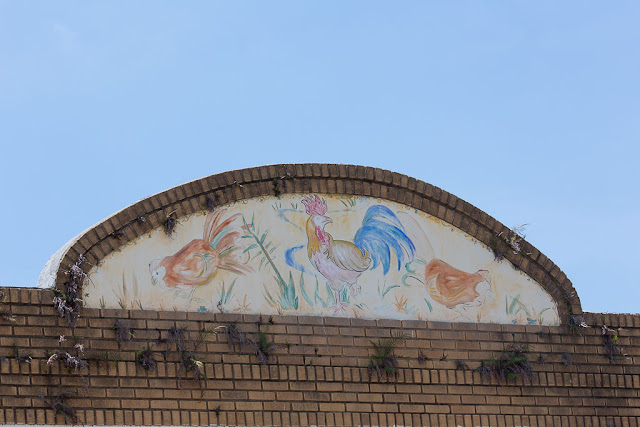 Then, weirdly, I found a painting of what appeared to be the exact same flock on an old building. Are they legendary ghost chickens from the past, wandering the streets of Ybor? Did I have a supernatural experience? 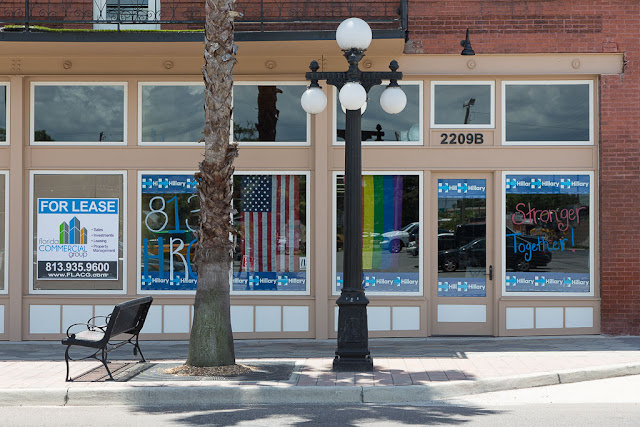 Anyway, Cherie and I ate -- Cuban sandwiches, of course -- and I drove back home through some Tampa neighborhoods I'd never visited before. I got some interesting photos, which I will probably share here in coming days.

I helped my stepmother with the dogs -- enduring more scratches on the arms from an overenthusiastic Maybelline -- and then we all went to a trivia night at a nearby pub. This is something my stepsister does every week with her husband and son, and my stepmother had never gone before, so we tagged along. Our team won handily, but then, with nine people, it was twice as big as any other team. If we hadn't won we would have had some 'splaining to do.
Posted by Steve Reed at 11:23 AM