Raindrops on Grass, Marks on China 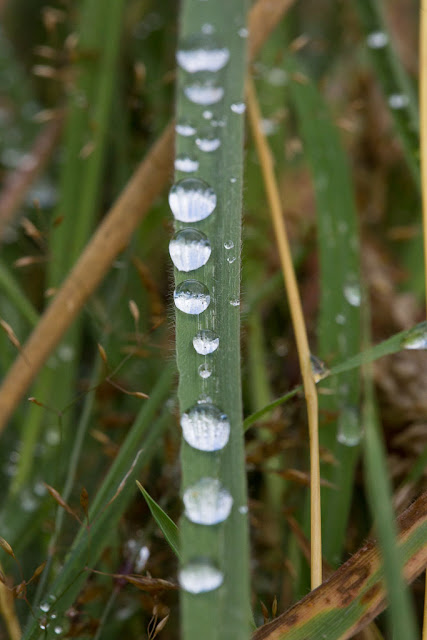 It was supposed to rain yesterday, and we briefly got a little spattering, but it wasn't much -- certainly not by English standards. So what I'd expected to be a leisurely day indoors turned into a long outdoor walk with Olga on Hampstead Heath.

We found some interesting stuff, like pearls of rain on grass blades... 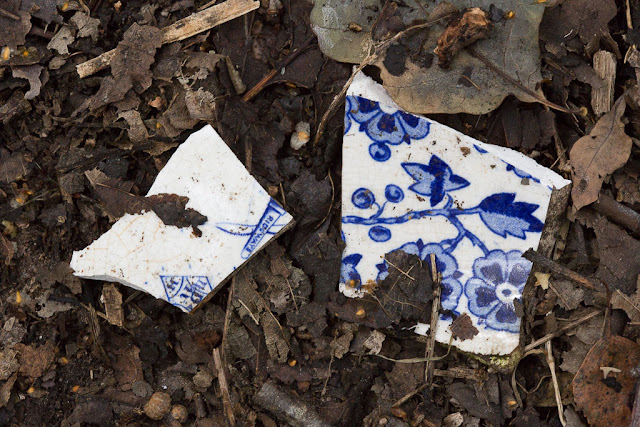 ...and more discarded shards of china. You can see the manufacturer's stamps on the piece on the left -- it's Ridgway china, which was manufactured in Stoke-on-Trent until the mid-20th century. The diamond-shaped mark is known as a "kite mark" and in the Victorian era, it indicated specifics about each piece's manufacture, like date and batch number. (Unfortunately this mark is broken so the details aren't all there.)

I picked up these shards and added them to my collection. 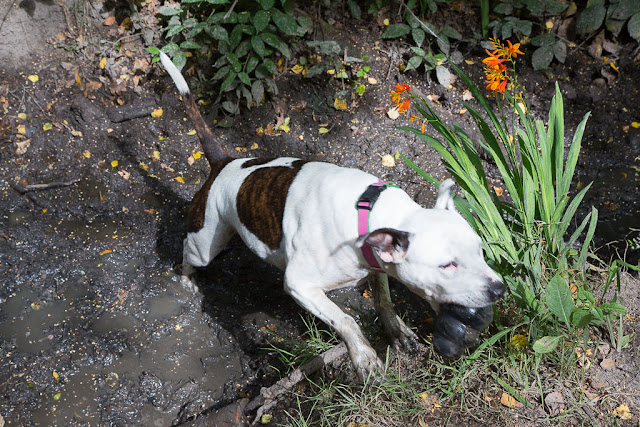 Olga and I also discovered patches of orange crocosmia, a common garden flower, on the Heath. I didn't know it grew wild, but apparently it can be an invasive species. At least it's pretty! (Olga was retrieving her Kong toy from that muddy ditch.) 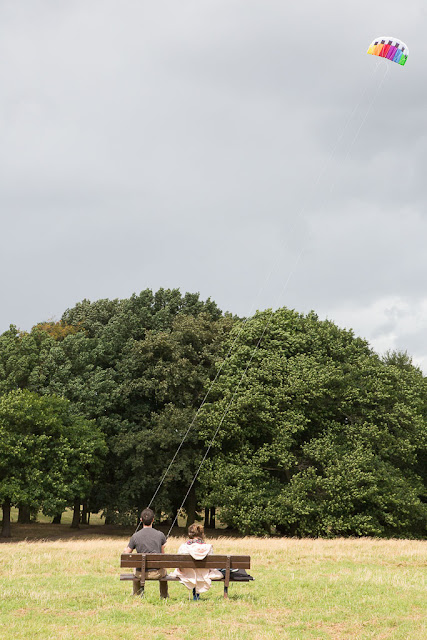 Although it wasn't very rainy yesterday, it was super-windy. This guy was flying one of those high-performance speed kites on Parliament Hill. I was scared to get near him, that thing was moving so fast. Then he sat down for a brief moment and the kite crashed seconds later. 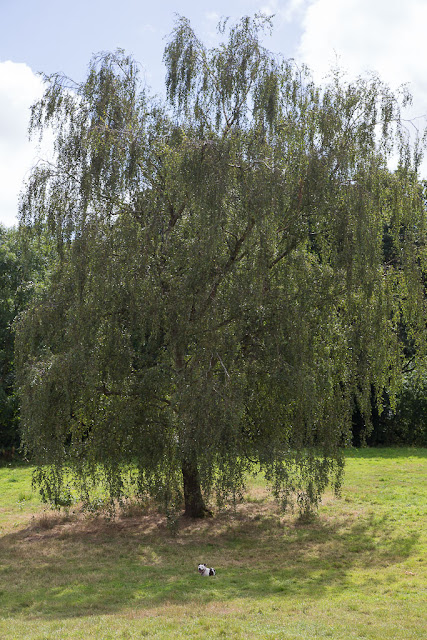 By the end of our walk, Olga was worn out, and happy to find the shade of this tree. As I write this, the following morning, she's still asleep at the foot of our bed!

Last night, Dave and I went to dinner with our friends Chris and Linda, the Brexiteers. We had another lively conversation about Brexit and -- from my perspective -- how short-sighted and damaging the vote to leave the EU was. I think we'll probably never stop debating this issue!

At one point, Chris was talking about the possibility that former Prime Minister Tony Blair could face judicial proceedings in The Hague as a result of the British participation in the Iraq war. And I said, "In an international court of justice! Imagine that!"

I was proud of myself.

Fortunately Chris, like me, is an old journalist and we can debate the issues without taking it all too personally. We both agreed that having a newsroom background helps in that regard!
Posted by Steve Reed at 7:11 AM