Pokemon in the Rain 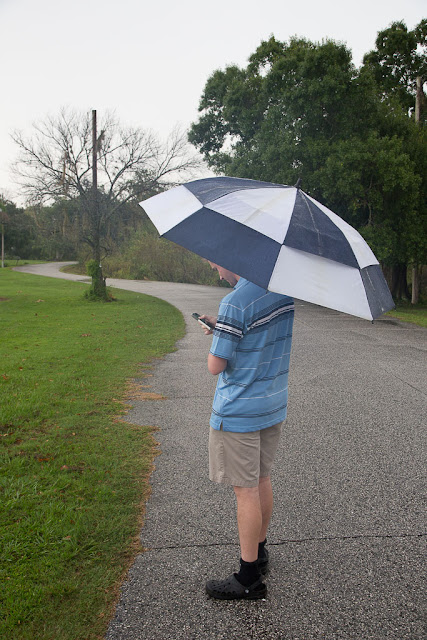 When I came to Florida at the beginning of July, Pokemon Go was all over the news. I'd never heard of it before, but when I returned to England, it was all the rage there too! What the heck is this game?

Now back in the states again, I mentioned my mystification to my 18-year-old nephew, Jesse, and he offered to show me the ropes. We made a deal to meet yesterday morning for a walk around the neighborhood. He was going to knock on my door at 7:30, when any self-respecting Pokemon ought to still be in bed.

Well, at that appointed hour, it was raining cats and dogs. I thought it likely Jesse wouldn't even show up.

But no! Being super-punctual, there he was! And we set off on our walk, golf umbrellas at hand. I was fine with that -- having lived in both Florida and England, rain does not slow me down. 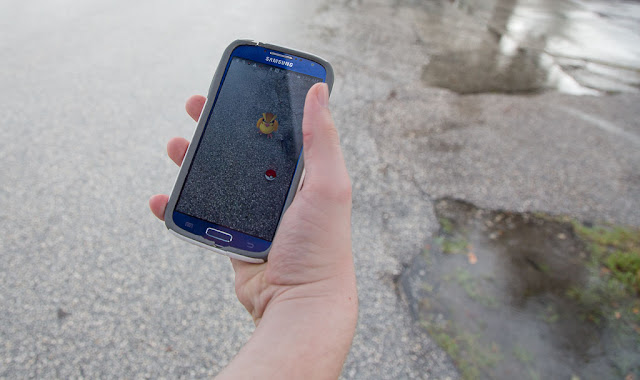 So the deal is this: A player simply walks around, and his or her phone vibrates when a Pokemon, which is a little animal or monster, is nearby. I'm not sure who places these Pokemon or how they're distributed, but a few were lurking even in our quiet suburban neighborhood. They're apparently fixed in the same location for all players -- they don't move around. I suppose this has something to do with GPS.

The phone screen shows a live shot of the ground immediately in front of the player, complete with creature (when one is present). There's also a map function, where they can be seen on a map of the surrounding area.

On the screen of the phone above, you can see one -- a yellow bird -- and a little red ball. The player "throws" the ball at the creature, and captures it, earning points.

As I told my nephew, it's great that video game developers have at least figured out a way to get people outside and interacting with their environments, even if it's through a phone screen. As long as they're not walking into traffic. Which happens. 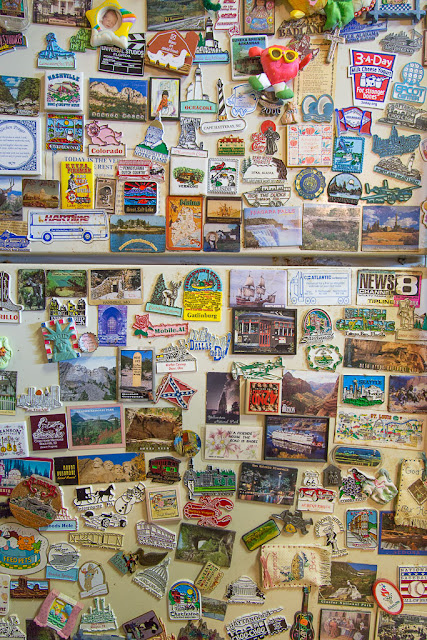 I also went to visit my step-grandmother yesterday. She has an amazing collection of refrigerator magnets. (Yes, I see the Confederate flag. What can I say? She's 93 years old, and from Arkansas.) She and her son, who lives with her, have a crazy new kitten named Blue. 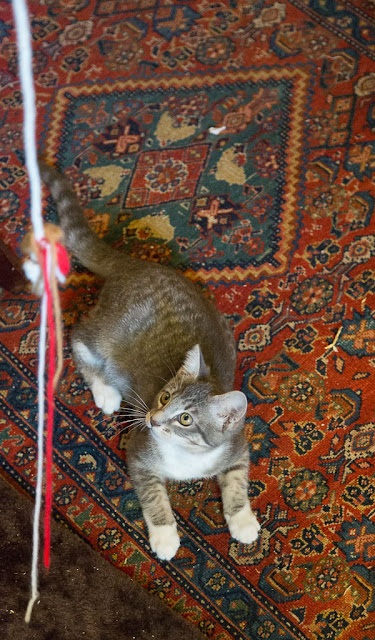 And finally, last night, I took my college friend Liz to dinner for her birthday. We had a fun evening out.

In between, I ran more errands with my step-mother -- banking, returning things to stores, you name it. There's still a lot to do around here. I suppose I shouldn't let Pokemon distract me! (Of course, I'm sure my ancient iPhone won't even run the app, so there's no danger I'll become a habitual player.)
Posted by Steve Reed at 12:41 PM