A Boxing Day Walk Through Hampstead 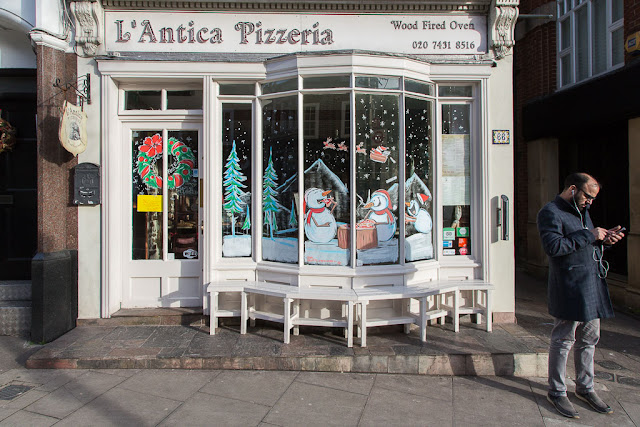 Yesterday was Boxing Day, when most shops, offices and services are closed and people just hang around and recover from Christmas. Olga and I took a walk to Hampstead Heath for some vigorous squirrel-chasing.

We took a different route than usual through the village of Hampstead, and came across a fun holiday window painting of some snowmen eating pizza. 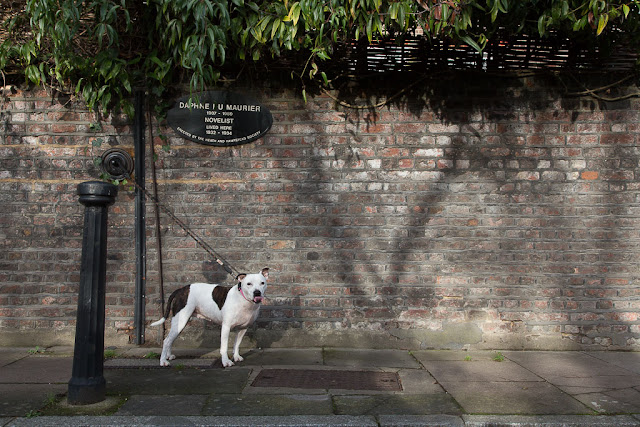 We also found author Daphne Du Maurier's former home. (It wasn't called Manderley -- it was called Cannon Cottage.) I subsequently did a bit of research and learned that Du Maurier grew up in Hampstead. I remember seeing a Du Maurier headstone in the Hampstead church cemetery, but I didn't realize it was her family.

According to the sign, she lived in this cottage for two years in the 1930s. I believe she actually grew up in a much larger adjacent house. 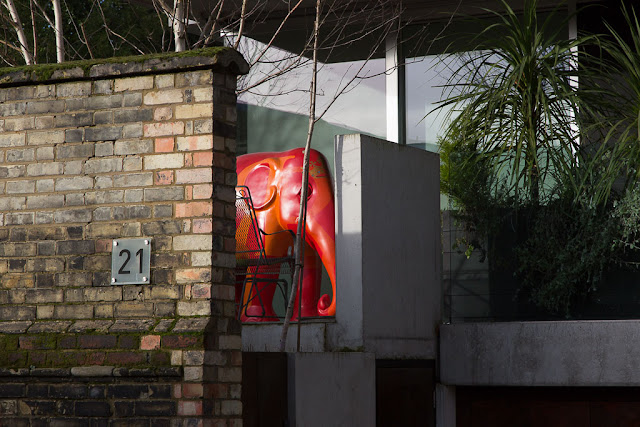 We also saw a bright red elephant hiding behind the garden wall of a modernist house near the heath. In 2010 London hosted an "elephant parade," in which elephant sculptures decorated by different artists and sponsors were placed throughout the city. The Hampstead elephant appears to match this one, sponsored on behalf of an Indian cricket team and placed at the time in Trafalgar Square. How it came to retirement on a Hampstead patio is anyone's guess.

It was fun to see some new sights in a part of town where we walk all the time. Taking a slightly different turn here and there makes a big difference!
Posted by Steve Reed at 6:25 AM