Guinea Pigs and a Black Turtleneck 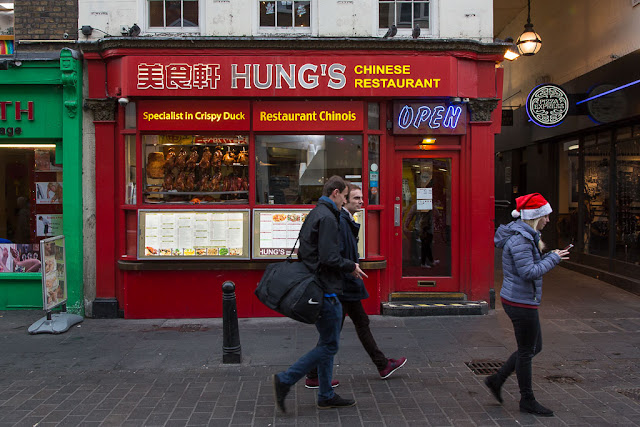 Yesterday was a whirl of domesticity -- cleaning and vacuuming, changing the bedsheets, raking the yard, trimming dead stalks out of the flowerbeds. The house seems presentable and more or less holiday-ready now.

We're going to have even more added excitement for Christmas. In addition to our friends coming over on Christmas Day for dinner, we're going to babysit Mrs. Kravitz's two guinea pigs while she and her family spend a week overseas. They come in a sturdy cage that can sit on a tabletop, and I'm hoping if they're elevated out of sight they won't drive Olga crazy -- God forbid she should think they're squirrels, even though they basically are. Worst case scenario, we need to close them up in the dining room. (Well, okay, there are worse scenarios than that, but let's not go there.)

How did we get roped into this, you may ask? Mrs. Kravitz stopped me yesterday as I was on the way to the laundry with our sheets. She asked, and I thought this might be a good opportunity to win some neighbor points. Which it will be, unless Olga makes a snack of the guinea pigs (okay, I went there) or they die on their own of fright. Mrs. Kravitz said to me, "I thought guinea pigs were only supposed to live two years, but these are already three years old now!" Red danger lights began flashing in my mind, but by this time, we were committed. (According to Google, they live four to eight years.)

Last night, Dave and I got our annual dose of "A Charlie Brown Christmas," and then, as if on cue, we began hearing distant music. I thought it was coming from upstairs, but as I walked through the flat to trace the sound, I realized it was out in the street -- and it turned out to be a mob of carolers, walking down the street and singing in front of houses for a donation. Dave and I gave them £5 and they sang "God Rest Ye Merry Gentlemen" and "We Wish You A Merry Christmas." They mangled the words to the latter, but we didn't mind. 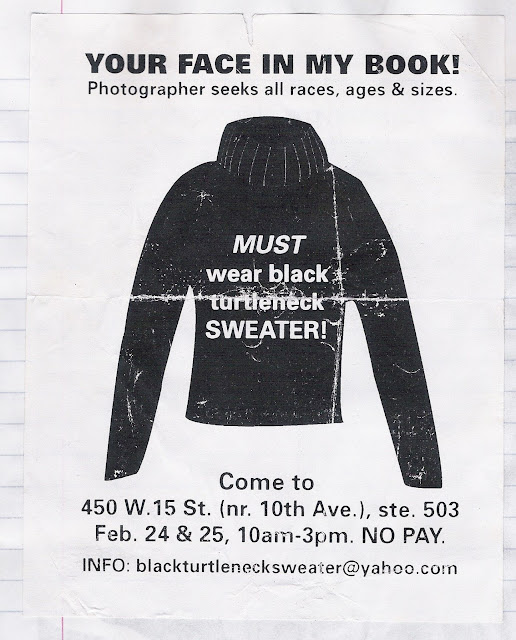 As I was working on my endless journal transcribing project, I came across this old flyer, which I glued into the journal in early 2001. I remember doing this with my co-workers at The New York Times. It was an art school project of the daughter of another colleague, as I recall, so we all trooped down to Chelsea in our black turtlenecks to be photographed. I don't think the book ever came about. At least, I never saw it. Funny the random things we get involved with during the course of our lives!

(Top photo: Chinatown, on Tuesday.)
Posted by Steve Reed at 6:54 AM