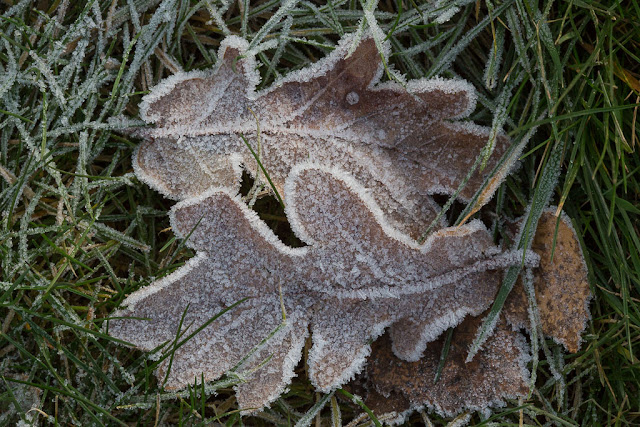 Winter has descended upon us. I took Olga to the West Heath and Sandy Heath yesterday afternoon, and the fallen leaves were all coated with a thick layer of hoarfrost.

Olga, however, didn't seem to mind the cold at all, and played and chased squirrels with abandon. We even found her a frosty tennis ball... 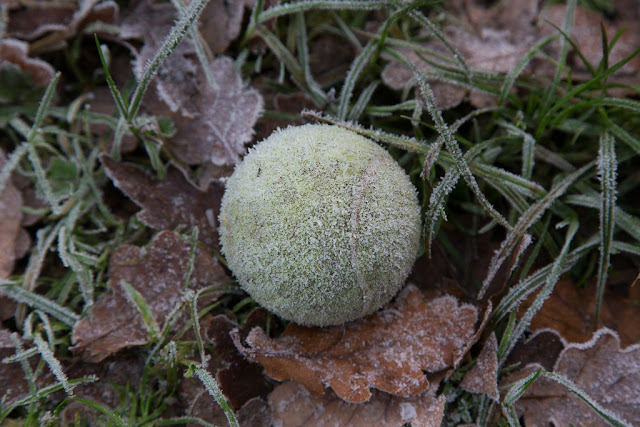 ...which, needless to say, didn't stay frosty for long.

In the morning we went walking through Cricklewood and I took the camera. I haven't been carrying it much lately, except on my LOOP walks, but I'm missing my urban street photography. Maybe I'll have a chance to get out and do more of that after the holidays.

Last night, while Dave was at school for another concert, I watched a movie called "Say Hello to Yesterday," with Jean Simmons and Leonard Whiting. It's from 1970 and depicts a daylong intergenerational romance between an older woman and younger man. I really liked it -- watched it twice straight through, in fact -- partly because of the groovy fashions and sappy music and all the old images of London in its swinging heyday. Parts of it were filmed in Holland Park and Kensington, near where Dave and I used to live. None of the characters ever revealed their names, which I thought was an interesting touch.

And as I look outside now, it's snowing! Quite a lot, actually, at least by London standards. I'm glad I got Olga some exercise yesterday, because today the chance of precipitation is 100 percent and it's supposed to be miserable out there. Unfortunately the high school band concert is today so I'll be off to school in the afternoon, to see the fruits of Dave's labor over the past several months. At least it's not an outdoor event!
Posted by Steve Reed at 8:00 AM