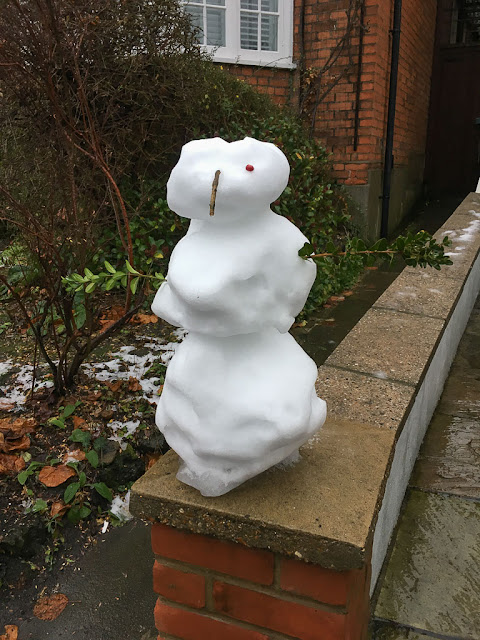 Our dramatic snowfall pretty much vanished as quickly as it came. Yesterday I passed this miniature snowman on my way to work, evidence that someone at least tried to get creative with the few inches of snow we received. But he'd partly disintegrated by the afternoon, after a day of rain and snow that didn't stick. 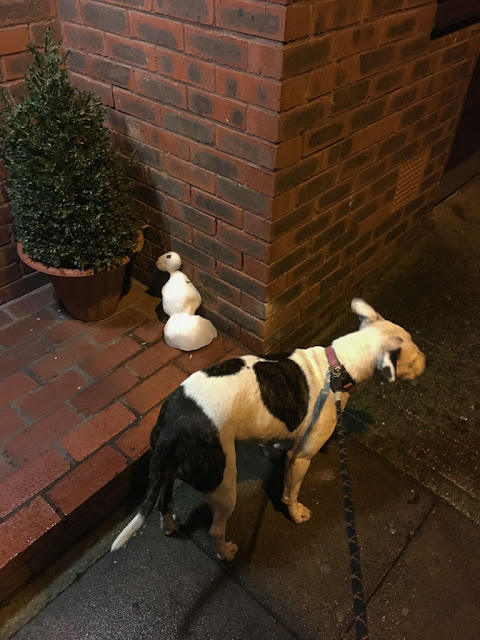 Likewise, Olga and I found a tiny, lopsided snowman on our morning walk. He's probably gone by now.

The weather was frightful yesterday -- cold and wet and just generally miserable. But at school it was massage day! Woo hoo! We had a team of massage therapists in one of the conference rooms offering short shoulder and back rubs for faculty and staff, paid for by our parents association. I not only remembered to schedule a massage, I actually remembered to go -- which is harder than it sounds in a workplace setting where one is busy and easily distracted.

My back appreciated it, but I was sitting in one of those massage chairs with the donut-shaped cradle for my head, and it wasn't positioned very well. I kept feeling like I was slumping forward while my head was being sucked into the center of the donut like time/space into a black hole. I was afraid I would emerge with a very stretchy face. But I did not. The body is amazingly malleable. 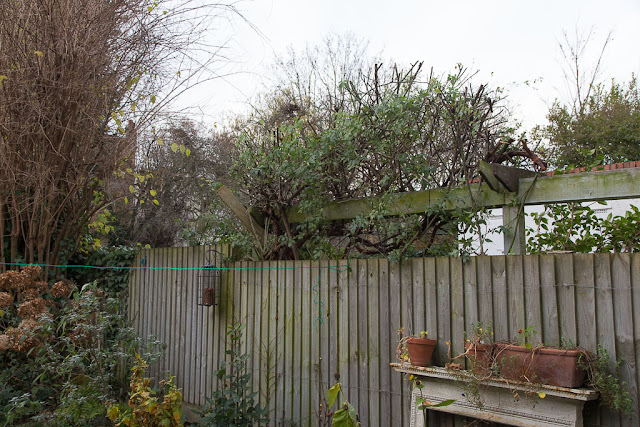 Remember "the monster," our neighbor's climbing rose bush -- the one that collapsed along with its wooden arbor during a windstorm a couple of weeks ago? Well, the neighbor had the arbor repaired and in the process the monster was drastically trimmed. At least it's still there, which I'm happy about -- the birds like it and it provides a barrier between our patio and hers. It's much more contained than it used to be.
Posted by Steve Reed at 6:04 AM