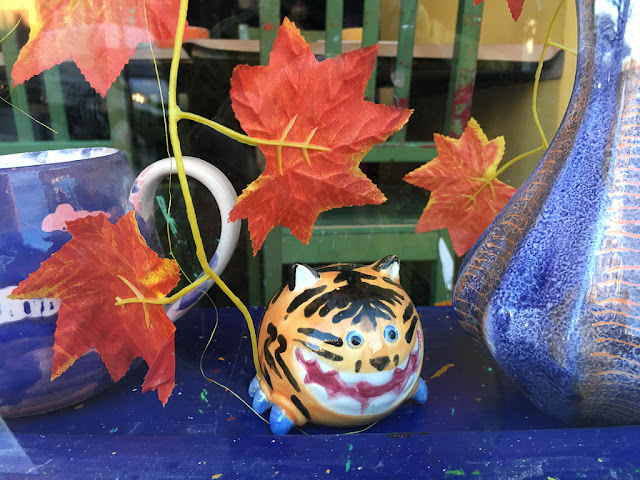 Time for another random assortment of photos from my phone. First, a strange creature in the window of a local ceramics shop. I thought it was the Cheshire Cat until I saw that it has six caterpillar-like legs. Now I'm completely confused. 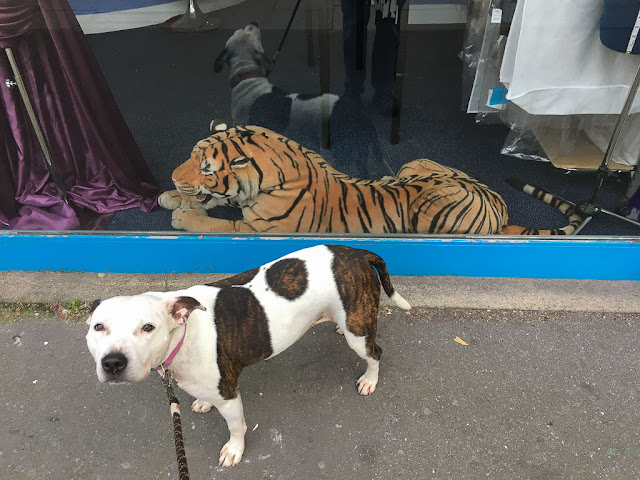 Olga discovered another striped cat lounging in the window of a Cricklewood cleaners. She wasn't all that impressed, though, and neither was the tiger. 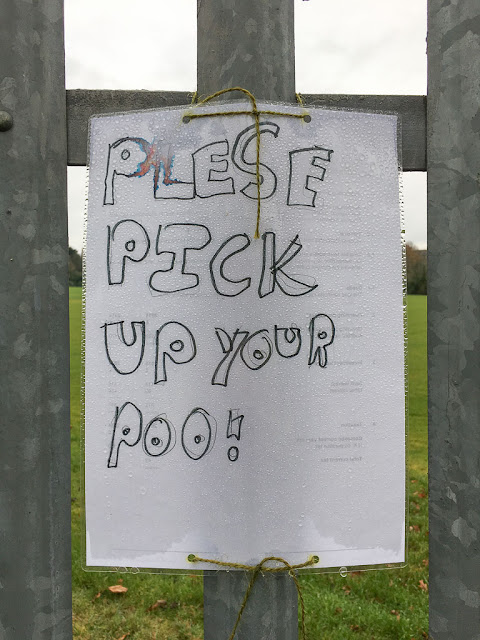 Dave and I went walking around the cemetery over the weekend, and noticed this sign along Blackberry Path. I hesitate to point it out, but I don't think it's my poo that's the problem.

The path, by the way, has been cleared of huge amounts of brush and undergrowth and is much more walkable now. 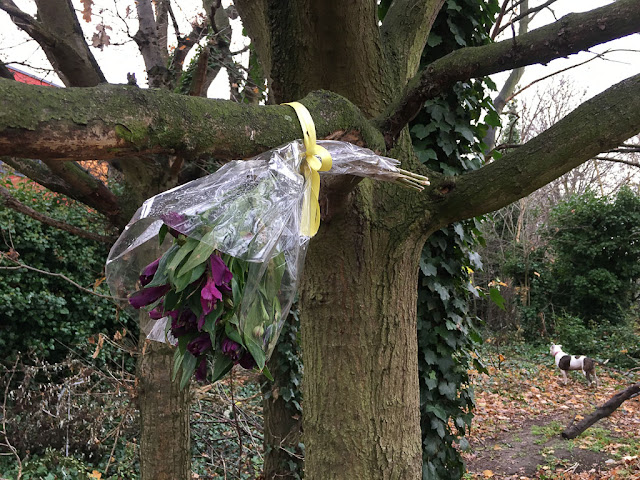 We also found this bouquet tied to a tree, which seemed ominous. When we came home I did some Googling and learned that a woman's body was found near here about a month ago. Her death was not deemed suspicious, and I'm assuming from the coverage it may have been a suicide.

(I wonder if this has something to do with why the path was so vigorously cleared?) 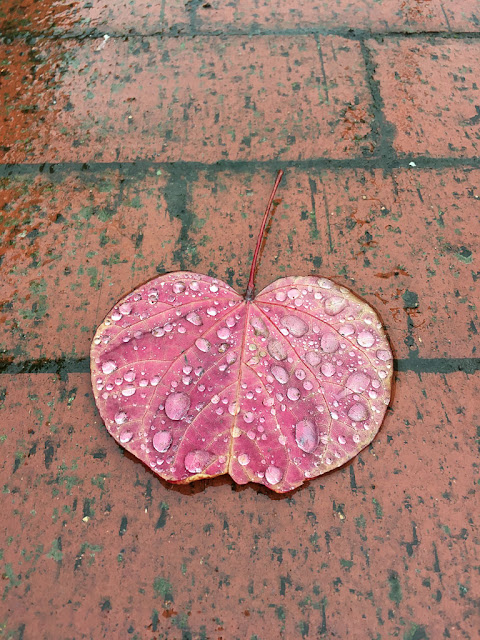 Another autumn leaf, found lying on the pavement in Hampstead. This may be my last leaf photo of the season, since most of them are now brown and soggy. 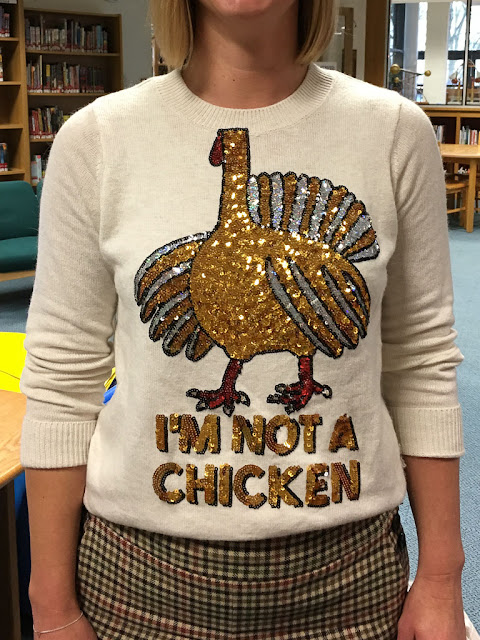 My coworker showed up just before Thanksgiving wearing this sweater, which I thought was hilarious. She said she got it for about £3 in a local shop. It's so ridiculous it's art.

I asked her, "Can I take a picture of your sweater in a way that doesn't constitute sexual harassment?" 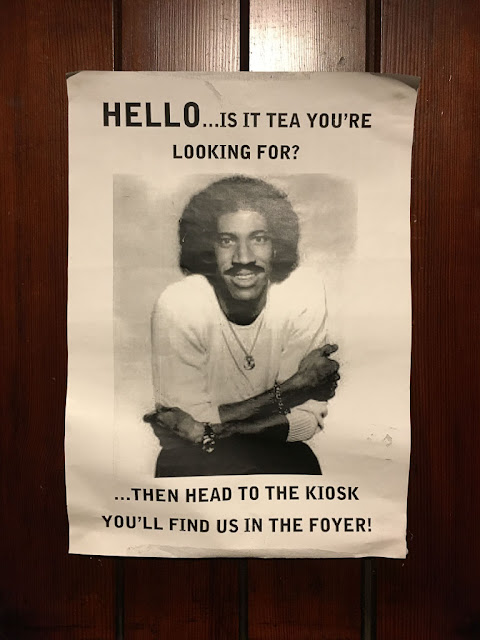 And finally, a sign from the entrance of the venue where I saw Oysterband a couple of weekends ago. I thought it was hilarious, but one of the British people I was with said, "What, you've never seen that before?" I guess it's an old joke in England.

I sent this picture to my high-school girlfriend, who's a friend of mine on Facebook. ("Hello" was "our song" when we were dating back in the mid-'80s.) "It doesn't quite rhyme," she said.
Posted by Steve Reed at 6:28 AM