In the Shadow of the Tower 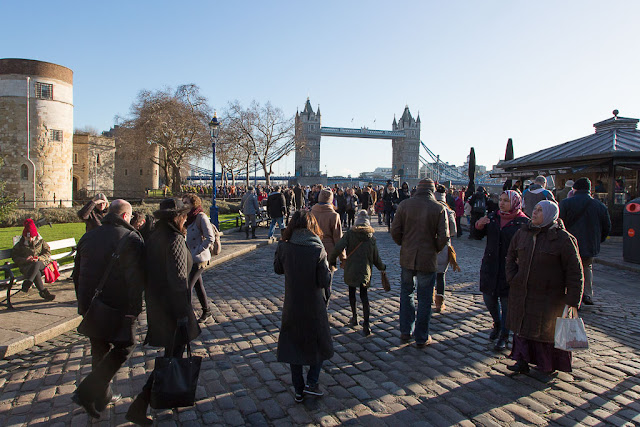 I was down in the tourist thick of things yesterday morning, meeting Kevin and Brent after they toured the Tower of London. People were out in droves, given that we had a bright blue sky and lots of sun, even though the temperatures were freaking COLD. (Puddles on the street were iced over when I set out from home.) 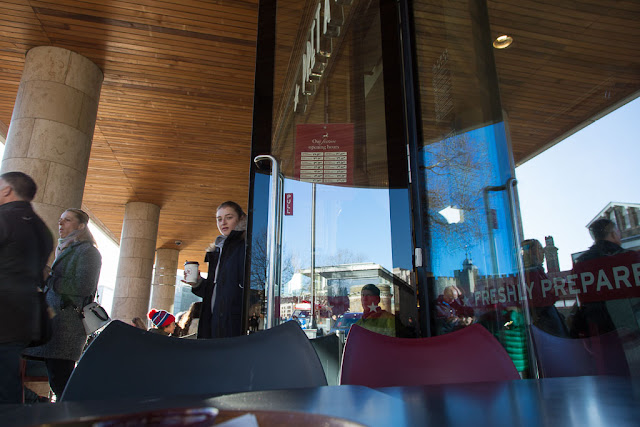 Rather than go to the Tower myself -- I've already seen it --  I wandered around Shoreditch and Brick Lane and got lots and lots of photos of street art and street scenes. It was a very good photography morning. Then I met Kevin and Brent at Pret a Manger. I took the photo above while I was waiting for them -- it's a self portrait. Can you find me? 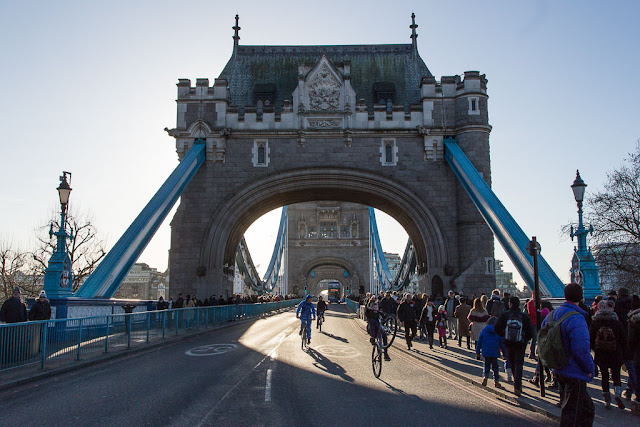 We walked over Tower Bridge, jostling the other tourists for prime photo locations. I had to take this virtually over the shoulder of a German couple who just would not move from the traffic island where they were taking selfies. Some kids rode by on bikes, one popping a well-timed theatrical wheelie. 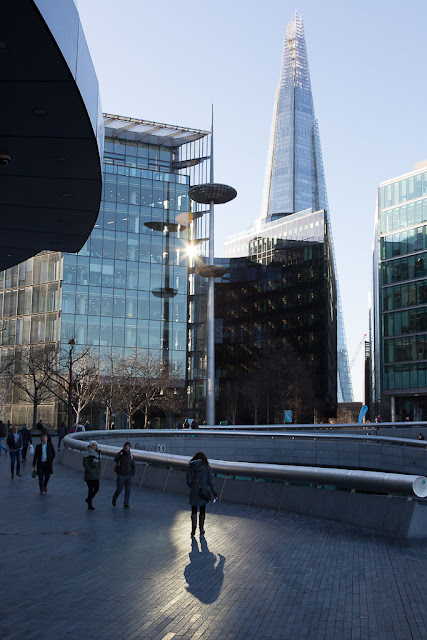 Once on the South Bank, we walked along the river toward Borough Market, intending to eat lunch. We didn't get as far as the market, though, because again, it was freaking COLD. We ducked into a mediocre pub where we shared a table with a French family (I did not practice my French) and at least got warm again.

Then I had to take off for North London to meet Dave, so we could go to our friend Carolyn's house for dinner. She and her husband Mark live in Pinner, which is out in the 'burbs northwest of where we live. I met Dave at the Tube station there and we spent an enjoyable evening making chili and cornbread and envying their gigantic, marble-countered kitchen and modern bathrooms. Yes, we had apartment envy. But, of course, that's what you get when you move to the 'burbs -- more space and more modern accommodations.

Speaking of which, I did write a strongly-worded e-mail to our management company about our broken oven. But wouldn't you know, the maintenance manager is away from work until Jan. 3! So for now we're not baking or broiling anything chez nous.
Posted by Steve Reed at 7:51 AM