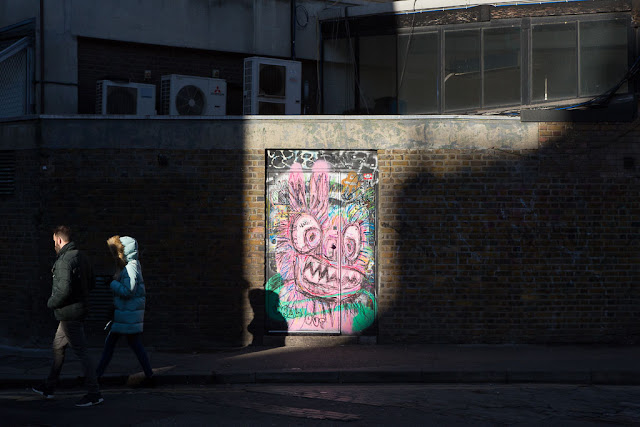 The weather took a turn for the worse yesterday morning. Olga and I were walking about 8:30 a.m., prior to me heading out to meet Kevin and Brent again for some sightseeing, when it began raining pretty heavily. Olga and I sprinted home and then Kevin and I cancelled our sightseeing plans. (I think we all felt like we needed a day of rest anyway.)

I've been feeling guilty that Olga has been neglected this week while I've had visitors in town. (And her dog walker hasn't shown up -- I didn't realize they were taking this whole week off! I thought they were just taking the holidays themselves. Dave doesn't walk her, so she's pretty much been staying home.)

Finally, yesterday afternoon, when the rain had subsided and we even had hints of sunshine, I took Olga to Fortune Green and the cemetery, where she had a good run. I don't think Dave understands how much she needs to be able to blow off energy. He enjoys staying home and lounging around on the couch, but I get stir-crazy if I have to do that for more than a day -- so I empathize with Olga's need to get out and about.

Dave called the flat's management company about our broken oven yesterday, and the conversation was pretty much a series of "no's" from them -- no, we don't have anyone who can fix it now; no, it's not an emergency; no, there's no supervisor for you to talk to. The only "yes" was, yes, you're going to have to live without an oven until your maintenance manager returns to work next week.

Dave was incensed by this and scared me to death by insisting that we move when our lease is up in July. I think that's throwing the baby out with the bath water. The Nuclear Option, you might say. Instead I plan to call again next week and impress upon them the urgency of some of our long-standing maintenance issues. I also told Dave we should just spend some money ourselves to solve certain small problems -- it would be cheaper than moving. I don't want to go anywhere. Even with all its faults, I love this flat. 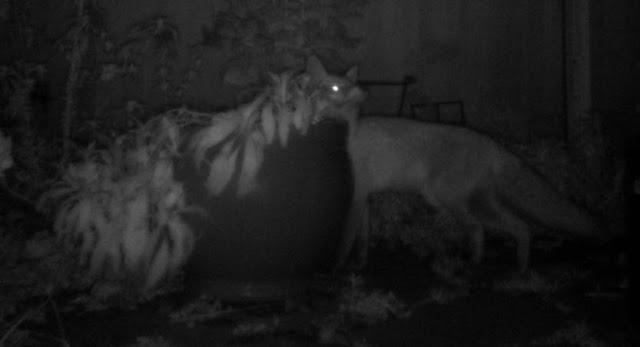 Remember our garden cam? I haven't had it out since last spring, because in summer, when we're in the garden a lot, it only takes pictures of us and Olga. But I put it out again last week, for just a few nights, and caught this fox lurking behind our horseradish plant. He (or she) is looking at the windows of the upstairs flat -- maybe our neighbors, the Russians, were making some noise that made him/her wary.

The guinea pigs go home today, I believe -- thank God! They are stinking to high heaven and I can't change the cage myself, having no sawdust. Also, Olga is getting way too interested in them! 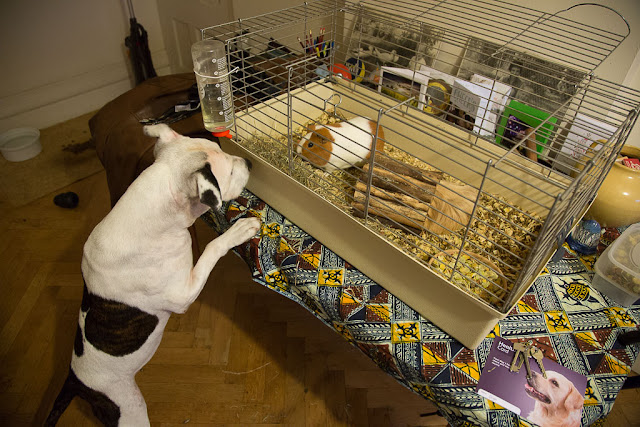 (Top photo: Street art by Sell Out, Shoreditch, on Thursday.)
Posted by Steve Reed at 7:35 AM