The Rosy Glow of Memory 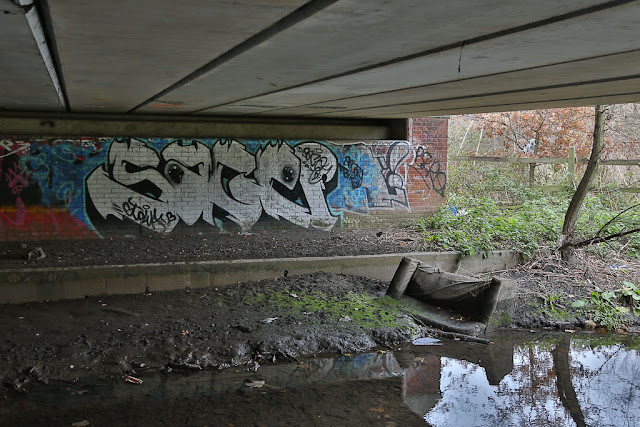 I've found a lot of things lying in London's waterways on my various walks around town. But until my most recent LOOP walk, I had never found a sofa. At least, not that I recall.

Today is the anniversary of John Lennon's death -- 37 years ago, which is mind-blowing in itself. Almost as many years have passed as Lennon was alive. He packed an incredible amount of living into his four decades on the planet. I will never forget that awful event -- the news reports, the shock, the endless Beatles songs on the radio. I was in ninth grade, and the next year I was given Lennon's "Double Fantasy" album for my birthday.

You know, I feel like I am a forgiving person. I can see the tragedy, for example, in the women of the Manson family who were essentially victimized by Charles Manson -- as I said the other day, every time one of them comes up for parole, part of me hopes they get it. But any trace of forgiveness in me vanishes at the thought of Mark David Chapman. I hope that guy stays in prison forever.

As I was transcribing my old paper journals a few nights ago, I came across an entry from Dec. 9, 2000 when I described going to dinner with coworkers at a swanky restaurant in New York. And then:

After the dinner last night, Ann and Colley and I went down to Central Park to sing at the John Lennon memorial at Strawberry Fields -- we sang a bizarre mix of Beatles songs, from "I Wanna Hold Your Hand" to "I Am the Walrus" (very hard to sing a cappella, I must say). There were huge stacks of flowers and candles. I may go over there again today to see what remains -- somehow it seemed rather carnivalesque and far less somber than I expected it to be. It wasn't the crowd-bonding experience that I anticipated, like singing "Let It Be" at the gates of the AFB at Cape Kennedy during the Trident missile protests.


(I was referring back to a nuclear missile protest at Cape Canaveral, AKA Cape Kennedy, that I attended in college in the '80s. We all sang "Let It Be" huddled around the gates of the Air Force base, to the accompaniment of some guy's boom box.)

Anyway, what's interesting about that journal entry is that I remember that evening in 2000, memorializing John Lennon in Central Park, as very much a bonding experience -- certainly with my coworker Ann and her husband Colley. I specifically remember singing "In My Life" with them, surely one of the most beautiful of all Beatles songs. I don't know why I wasn't more touched by it at the time. Sometimes it takes a while to appreciate the impact of an event, I suppose. Or maybe the rosy glow of our memories fills in the gaps in our actual experience.