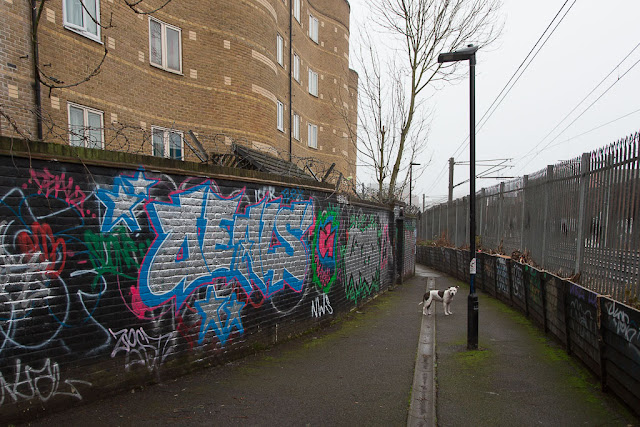 Olga was in the mood to try something new on our walk yesterday, so we explored Billy Fury Way, the footpath that connects Finchley Road with West End Lane in West Hampstead.

I've mentioned this path before, specifically when the mural that marks the head of the path got defaced. (It still hasn't been restored.)

But I rarely walk this way. For one thing, I live on the other side of the railroad tracks (to the right in the picture above), so if I'm going to go from West End Lane to Finchley Road I just use Lymington Road, which is not only easier but also a lot more pleasant.

And that's the other reason I don't use Billy Fury Way: It's not very inviting, and at times seems downright sketchy. Suspicious characters hang out along the path drinking, and there are mountains of discarded cans and bottles in several spots along its length. 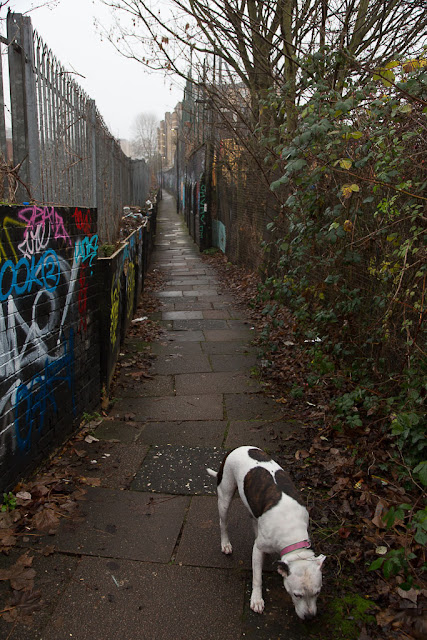 Olga and I didn't meet anyone -- which is the advantage to walking early in the morning -- but even she didn't seem too impressed. I think we've finished our Billy Fury flirtation for the foreseeable future! 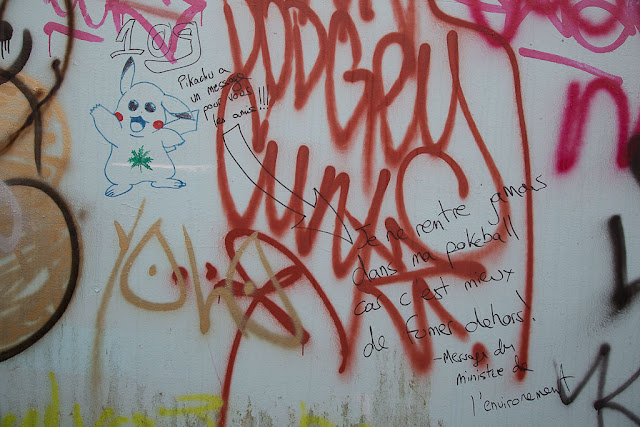 We did, however, find some French graffiti, adding an element of continental culture to our walk. "Pikachu has a message for you friends...'I never go back to my Pokeball because it's better to smoke outside! -- Message from the Ministry of the Environment.'"

I'm guessing someone was smoking as they wrote that. Or had smoked very recently.

In the afternoon, Dave and I went to see the new "Star Wars" movie. It's super flashy and fun, and it retains the epic scale and pseudo-Eastern philosophies of the franchise, but it also seems a bit...Disneyfied. I was pleasantly surprised by Laura Dern's appearance -- I had no idea she was in the film, and she's one of my favorite actresses. (Loved the purple hair! Keep the look, Laura!) And it was poignant to see Mark Hamill and, especially, Carrie Fisher again.
Posted by Steve Reed at 6:22 AM