Zoology at the British Museum 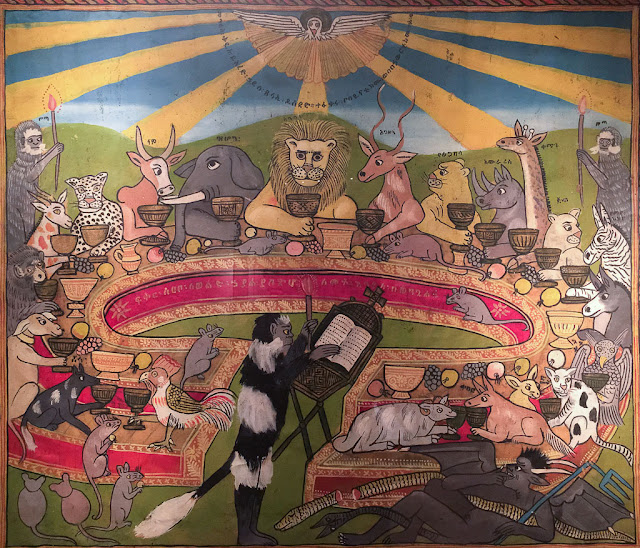 I met up with Kevin and Brent yesterday morning for a trip to the British Museum. It was a perfect morning to be inside -- wet and windy, with big melting clusters of snow swirling down. I was glad to get indoors and stay there.

As we walked all through the museum and I took pictures of some of the treasures, I found myself developing an animal theme. An animal lover could find plenty to admire in the plentiful artworks from every culture.

Above, for example, is the central panel of an Ethiopian painting by an unnamed artist commemorating the coronation of Emperor Haile Selassie in 1930. "It is in the style of European depictions of the Last Supper, with animals instead of biblical figures," according to the museum plaque next to it. "The theme of restoration of order from disorder, though ostensibly biblical in origin, obviously has political connotations, and this particular image was painted in a similar vein by a number of Ethiopian artists of the time."

The lion is the emperor, naturally. 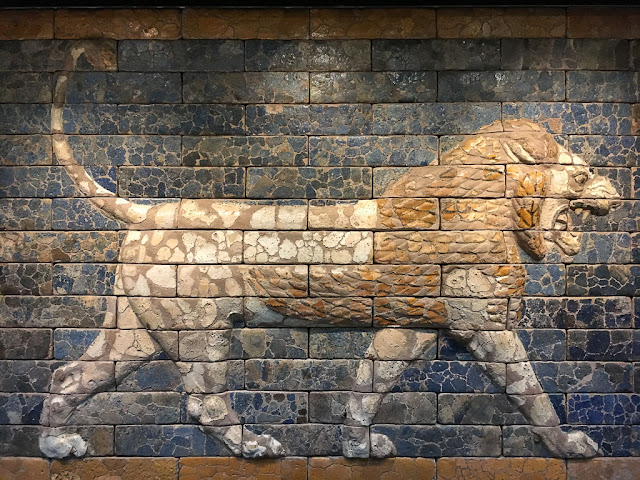 And then there was the glazed brick lion from the throne room of Nebuchadnezzar II in ancient Babylon (605-562 B.C.). 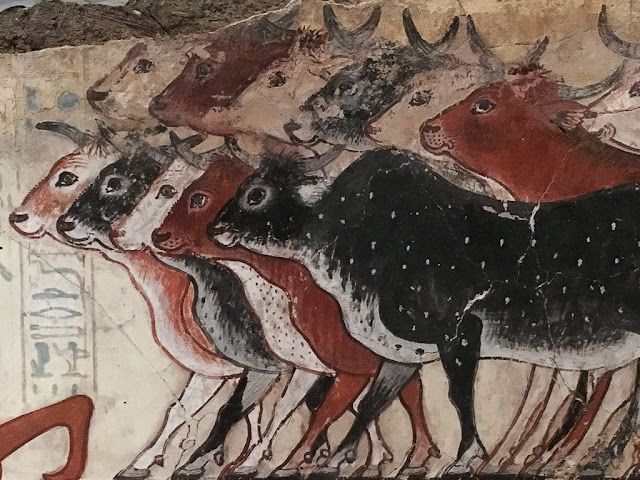 And there were cattle from ancient Egypt... 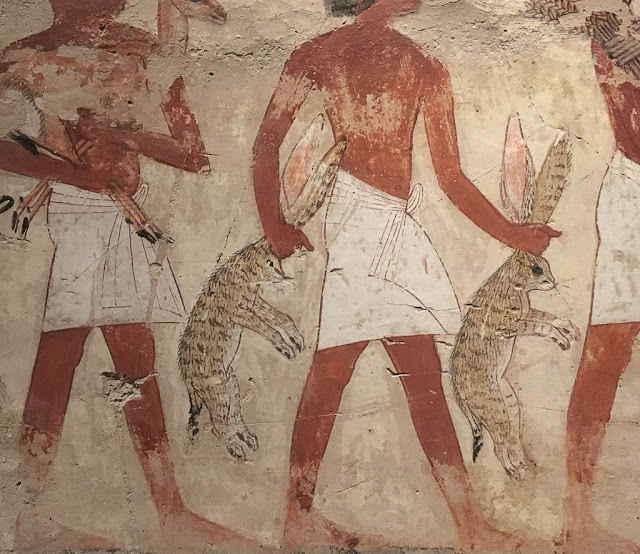 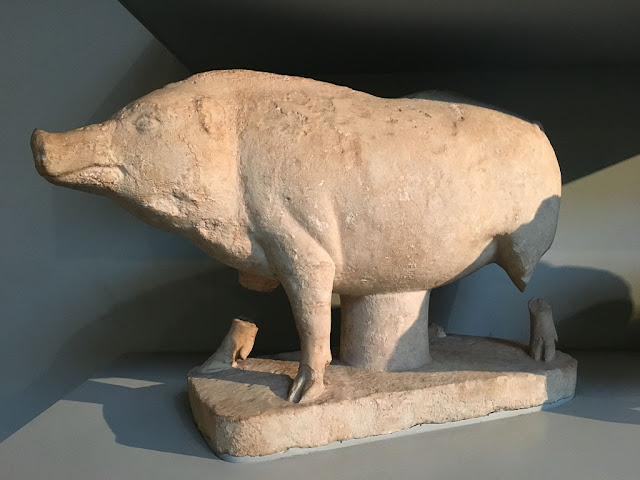 Ancient Greece provided us with this pig. As much as the pig has contributed to human society over the centuries, you'd think we'd see more of them in statuary, wouldn't you? Poor overlooked pigs. 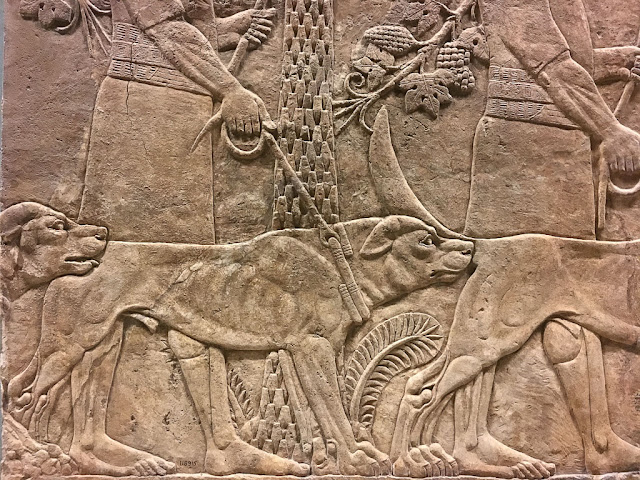 And finally, of course, there were dogs, in this case skinny ones in a bas-relief mural from ancient Assyria. We laughed because that dog appears to be doing what dogs always do -- sniffing the butt of another dog.

There were plenty more: An Egyptian cat with gold earrings, a Roman silver figure of a tiger, an Egyptian ram, a Greek marble bull, a horse in full bridle gear, a piece of a marble leopard, a coiled rattlesnake, a two-headed turquoise serpent from Mexico. It's interesting how all cultures developed reverence for animals, whether they were hunted or eaten, or were symbols of power and mysticism.

We had lunch in the museum restaurant. (Russian dumplings for me -- apparently there's a temporary exhibit on Russia at the moment. We didn't see that.) And then we walked to Covent Garden to wander the market and the narrow streets of the Seven Dials, lit up with fairy lights for Christmas. Today, more wandering is planned!
Posted by Steve Reed at 6:53 AM