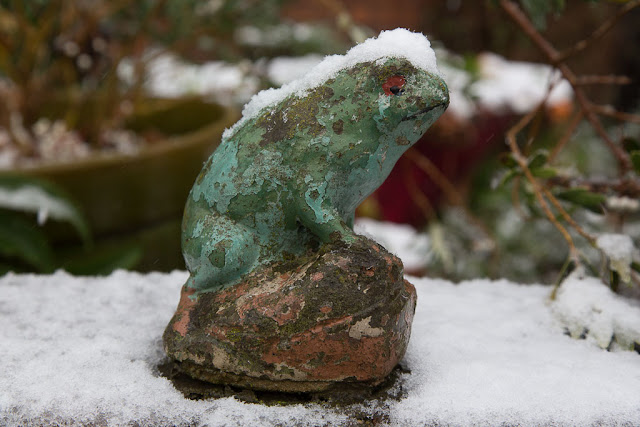 We did indeed get an impressive little snowfall yesterday. And it was cold enough to stay snowy, even on the ground, throughout the day. London doesn't often get snow, so it was pretty unusual for us! 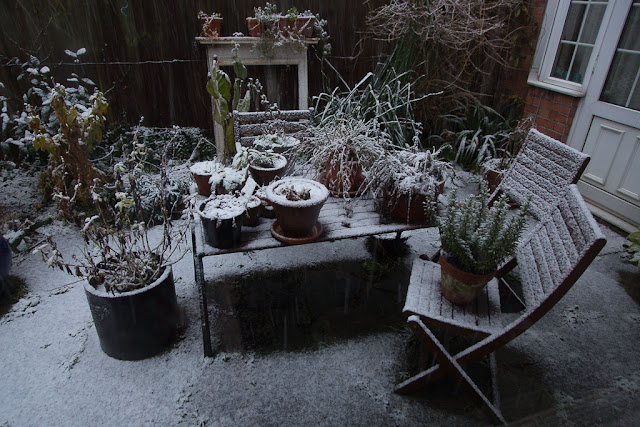 Here's what it looked like coming down in the gray light of early morning. This should finish off some of our annuals for the season -- I can't imagine the nasturtiums, for example, will pull through. 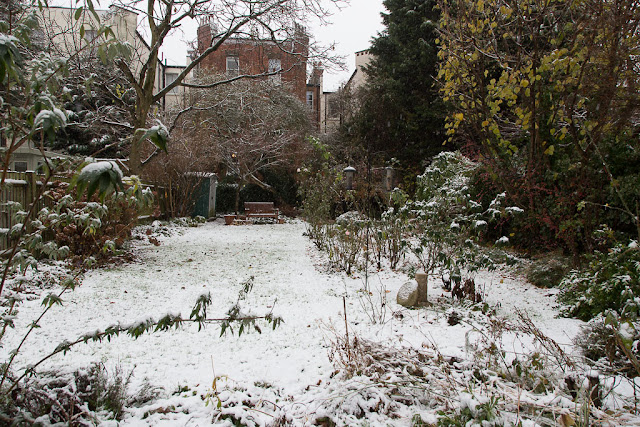 By the afternoon, this was the garden. There's still snow on the grass out there as I write this, from what I can see in the moonlight. 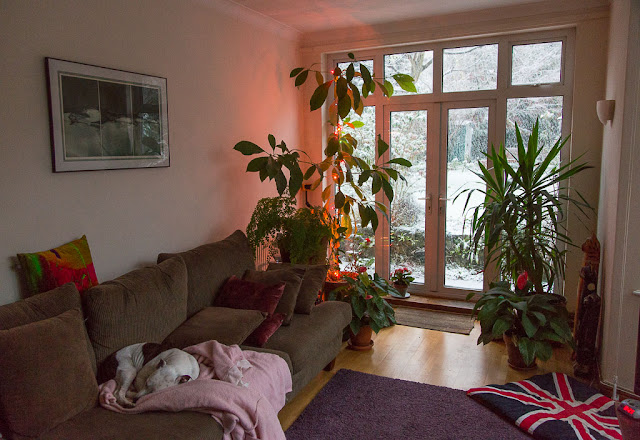 And this is what things looked like inside. Olga could not be budged from that position on the couch. She was utterly disinterested in even attempting to go outside. I did finally motivate her to take a walk halfway around the block, which was far enough to make things happen, if you know what I mean, but then she turned right around and pulled for home.

As usual, the snow managed to partly paralyze London's transportation network, but I nonetheless managed to go to Dave's high school band concert in the afternoon. The kids played some challenging pieces really well, including one by Dvorak, and then the band teachers and I adjourned to a pub for a celebratory post-concert drink. Dave has two more concerts this week -- eighth grade and fifth grade -- and then he's done for the season.
Posted by Steve Reed at 6:24 AM